Stella Artois tells bargoers to 'have some f***ing manners'

Stella Artois is calling for people to be polite to hospitality staff during the holiday period—and will even reward some of them with a discount for showing some manners.

In a U.K. campaign by Mother London, customers in five U.K. pubs will receive one pound off their pint of Stella if they ask for it with the words: "Can I have a Stella please?" For each pint ordered in the pubs (in London, Birmingham, Manchester, Newport and Newcastle) until the end of the year, Stella will donate to Hospitality Action, a charity helping bar and restaurant workers.

The initiative is being promoted with a video fronted by Marco Pierre White, the celebrity chef known for his hot temper and cursing. In it, he encourages people to have some manners, with his own bad language silenced by the sound of a Stella being poured. There are also print ads (below), asking people to "have some f***ing manners."

The push arrives on the back of research among hospitality workers from Stella Artois and YouGov, in which 41% of those surveyed are concerned that customers will be ruder this festive season, with 40% reporting that bad manners among customers have gotten worse since lockdown measures lifted earlier this year.

Not using "please" and "thank you" (78%) was the most common form of discourteous behavior experienced by the 1,000 hospitality workers who were approached as part of the survey. That was followed by customers complaining about the cost of services/products (64%) and talking on their phone while interacting with the workers (49%). Altogether, 71% said that they have experienced rudeness from patrons.

“Christmas can be a difficult time of year for hospitality workers, even more so this year with many preparing for an unpredictable, yet their busiest, festive season in years,” said Tim Ovadia, global vice president at Stella Artois, in a statement.“ We wanted to raise awareness on the pressure the hospitality workers may face this season and our research shows how small acts of kindness from the public really can go a long way for them." 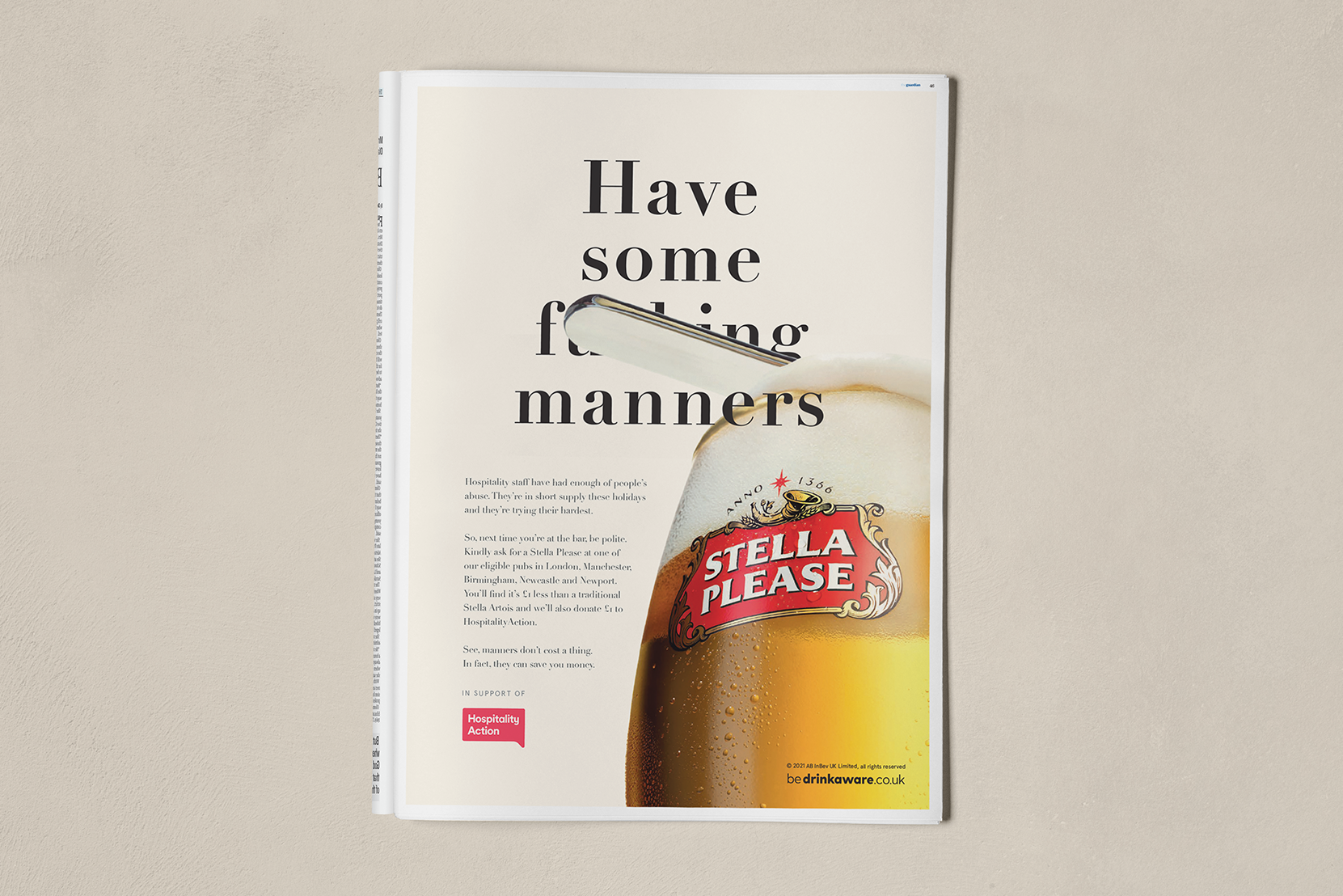 Stella Artois: It's a quiet Christmas for two with turkey and beer in Stella Artois' stylish holiday spot