It was a bit more than a tempest in a TT pot for Torontonians last week when Lowe Roche's plan to promote the new TT, winner of the 2007 World Car

It was a bit more than a tempest in a TT pot for Torontonians last week when Lowe Roche's plan to promote the new TT, winner of the 2007 World Car Design of the Year, partially backfired. The campaign, timed to coincide with the long Victoria Day weekend, featured a blitz of some 40 monumental "Street T's" ? 6 feet high and 15 feet long ? seen throughout Toronto, positioned in the financial district, along key parkways and in key parks, periodically moved to new locations to cover roughly 120 sites. "This outdoor street component of the campaign had to live up to not only Audi's name but the TT brand, so it had to be big, bold and in your face," Lowe Roche CCO Geoffrey Roche said before the backlash began.

And in some faces it apparently was. Other aspects of the campaign involve fairly aggressive crop circle-styled "Earth T's," as well as video projections on buildings along major highways in Toronto, Vancouver and Montreal (see the PDF), but the TT street and park sculptures aroused some public ire, resulting in angry phone calls and e-mails to city councilors, led by the Toronto anti-outdoor advertising watchdogs at IllegalSigns.ca. The group alleged that Audi Canada had fraudulently acquired permits for the street sculptures from the Toronto Film & Television Office in order to shoot them in commercials, when no such shoot was planned (billboards in parks are ordinarily prohibited by Toronto law).

This is disputed by Roche, who claims the permits were completely legitimate, with everything being photographed and filmed for a webfilm that will be launched shortly. At the same time, though they certainly garnered their share of publicity, Roche admits to some misgivings about the outdoor intrusions. "I feel badly that some people were upset by it," he says, but he notes that the T's "were up for only two days, and in the grand scheme of things I think most people were OK with it." 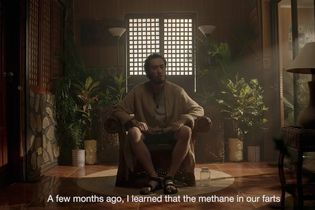