Spuds MacKenzie, Bud Light's popular but controversial "original party animal" from the 1980s, is making a comeback -- as a ghost. The one-time playboy bull terrier will appear as an apparition in the brew's Super Bowl 90-second spot by Wieden & Kennedy New York.

The pooch first waddled onto the social scene in a 1987 Super Bowl ad by DDBNeedham Chicago narrated by "Lifestyles of the Rich and Famous" host Robin Leach. The ad showed Spuds pulling up to a bar in a limo and winning the affection of adoring females.

The Super Bowl LI return is temporary and is meant to coincide with the 30th anniversary of Spuds' debut. Bud Light even brought back Mr. Leach, who in the voiceover for the new spot says, "that was Spuds MacKenzie reminding you, you're not just here for the parties, you're here for the friendships," as Spuds ascends back up into dog heaven carrying a Bud Light.

The ad seeks to tie into Bud Light's new "Famous Among Friends" campaign by using ghost Spuds to lure a man back out with his friends after he was resigned to spend a night in. Anheuser Busch InBev's Bud Light VP Alex Lambrecht said Spuds' return is a one-time event designed only for the Super Bowl ad, which will not be put into regular rotation after the game.

"We wanted to do something that is appropriate to the cultural moment and we feel Super Bowl is that perfect moment to make a statement," Mr. Lambrecht said.

He added: "On Monday, the day after the game, we will send out a final message from Spuds MacKenzie where he is going to be thanking all the viewers [and] all of his friends in the U.S. and being happy that he can go back to afterlife [and] enjoy a Bud Light with the Budweiser frogs," Mr. Lambrecht said, referring to the classic Bud characters.

Ghost Spuds is voiced by actor Carl Weathers, who is known for playing roles like Apollo Creed in the "Rocky" franchise and Chubbs in "Happy Gilmore." Just like the original Spuds -- who died in 1993 -- ghost Spuds is portrayed as a make but is actually a female dog. The bull terrier's real name is "Gigi" and she is a trained acting dog.

The original Spuds quickly became a cultural phenomenon after his 1987 debut. The Los Angeles Times documented his rise in a 1987 story that called him "the nation's most unlikely sex symbol" and a "canine cross between Bruce Willis and John Belushi." Macy's department stores began selling Spuds-inspired gear and the dog made a guest appearance on "Late Night with David Letterman," the newspaper reported.

Spuds was credited with helping to boost Bud Light sales by 20% between 1987 and 1988, according to a New York Times report at the time.

Read more on the campaign over at AdAge.com. 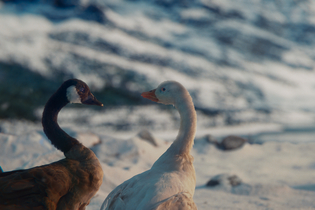 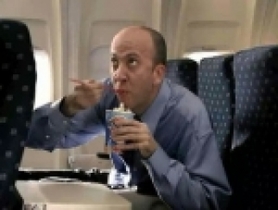 Bud Light: Bud Light puts soccer players' faces on its boxes so fans can wear them

Bud Light: Cardboard sports fan, this Bud Light's for you!