KFC's "Celebrity Colonel Sanders" joke has been going on a while now, so how to make it fresh? Rather than revealing yet another famous face in the guise of the Colonel (or, like last time, unveiling a robot) the brand's latest surprise is to "bring back" the original Colonel Sanders.

The latest ads by Wieden & Kennedy Portland mingle footage from the '60s and '70s of the original Colonel Harland Sanders with new footage. In one nostalgically-lit film we see him picknicking with a bunch of kids, as we hear how only he's the real thing (whereas Norm McDonald's Colonel, who peeks out from behind a tree, is "just wearing makeup to look like the Colonel"). Another ad (above) brings the "original" Colonel together with a couple of Goth teens, who change their emo stares to lame grins like kids from a '70s ad. Ulf Johansson of Smith & Jones Films directed the spots.

The latest ads celebrate Original Recipe and the 60th anniversary of the KFC bucket, at the same time promoting modern-day offers like the $5 Fill Up and $10 Chicken Share. The brand is also introducing a redesigned version of the original KFC bucket to celebrate the anniversary.

Helsinki Airport is naming itself after passengers 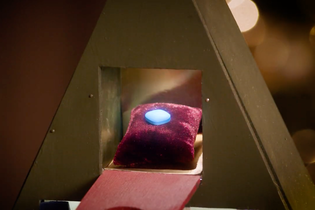