Traeger Grills recently got literal in promoting the farm-to-table experience.

In an activation from Zambezi, last week, the brand put up a billboard in Salt Lake City, depicting the empty interior of one of its wood pellet grills.  Below the sign was a “mini farm,” featuring a real chicken coop, tractor, hay, as well as real livestock and plants including chickens, a cow, pigs and corn.

As the days went by, one of the farm’s “occupants” would disappear, but in its place a new dish would be added to the billboard. Over the course of five days, the farm became more barren as the Traeger sign filled with more mouth-watering fare, including racks of ribs, cobs of corn and roasted chicken.

The “Farm to Traeger” campaign aimed to show off the benefits of using one of the brand’s grills with natural, fresh ingredients. It follows the brand’s “Welcome to the Traegerhood” campaign centered on the brand’s power of uniting friends and family over a great meal. 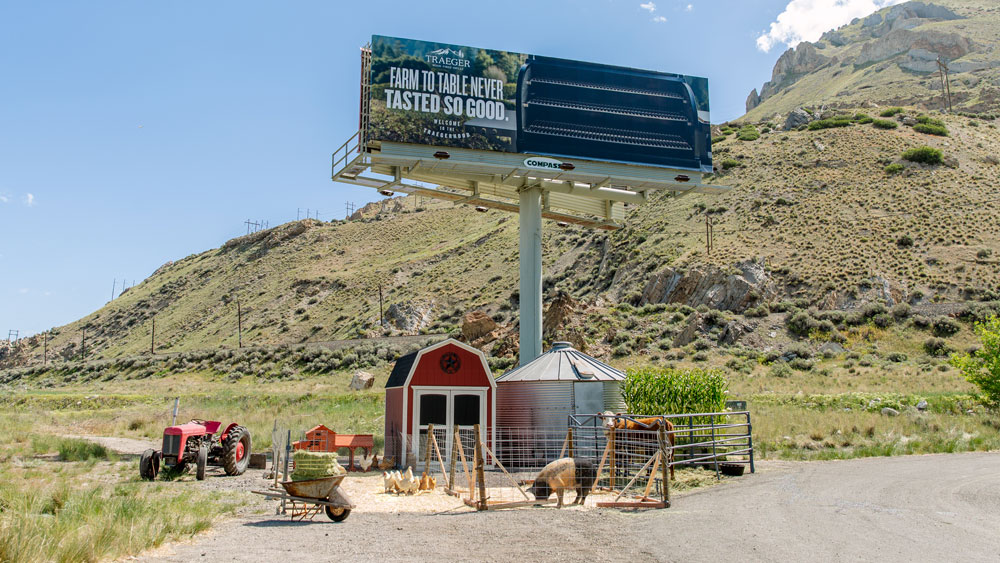 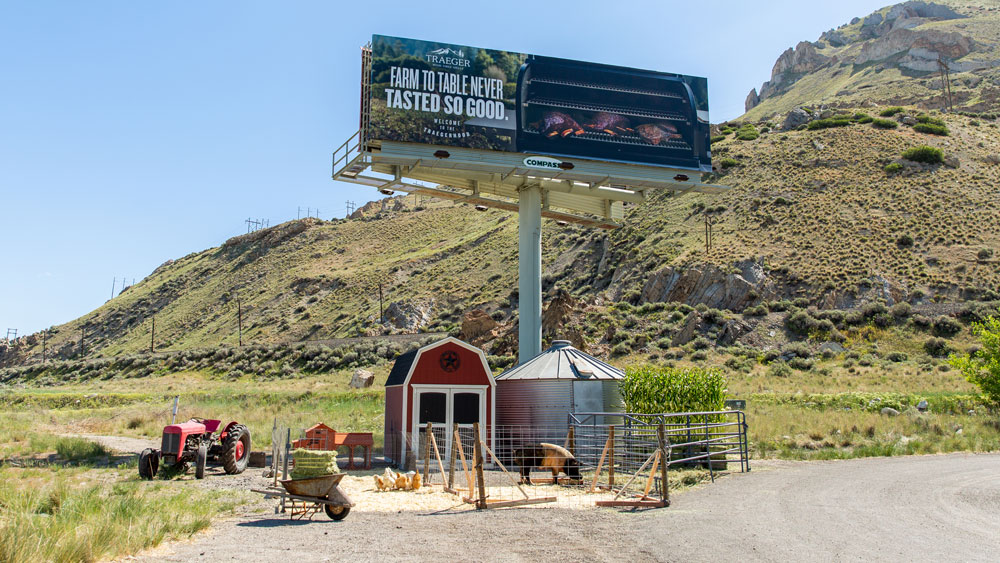 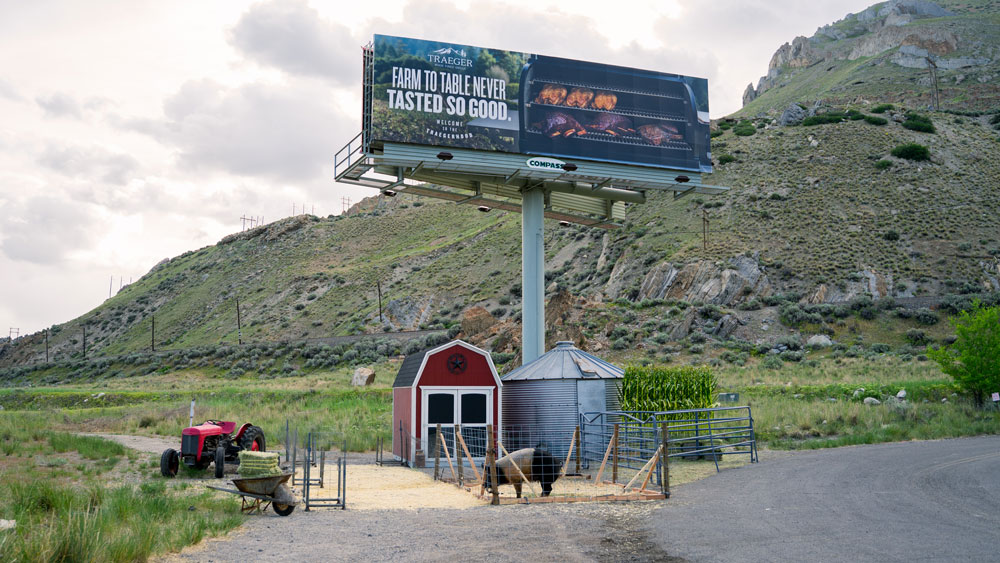 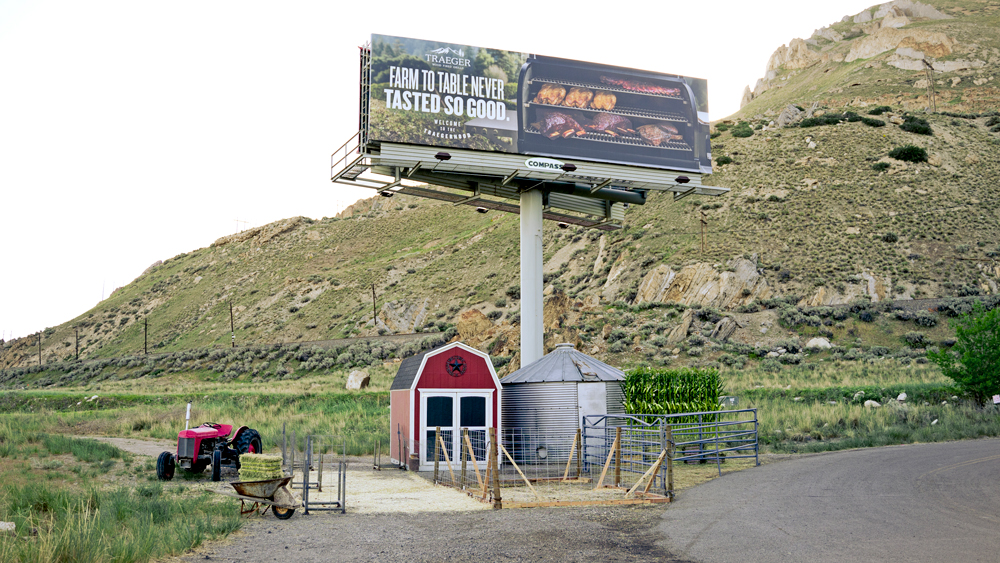