First campaign from newly-appointed AOR Mojo Supermarket pranks agencies, store owners and influencers to promote one of the key ‘benefits’ of vaping

Last night, viewers of NBC's "Sunday Night Football" may have seen an ad for an unusual new product: a Depression Stick. A hidden-camera-style spot followed Craig, a VP of marketing at a new vaping product company, approach gas station owners to ask them to help sell his wares—vaping devices that promise to amplify feelings of depression and anxiety. All of those he approached, not surprisingly, flat out rejected him.

Truth Initiative is the real organization behind the ad, created with its newly-appointed agency Mojo Supermarket. Its goal is to shine a light on the fact that the unique selling point of Depression Stick is a product “benefit” of any vaping device.

“You can call it Puff Bar or Juul or have things like mango flavors, but at the end of the day what the [vaping companies] don’t do is call it what it is,” says Mo Said, founder and chief creative officer at Mojo Supermarket.

“There’s a really strong body of evidence that talks about and proves that nicotine makes feelings of depression and anxiety significantly worse,” says Truth Initiative Chief Marketing Officer Eric Asche. The organization conducted a  survey of vapers during the pandemic and found 81% of respondents who had vaped said they started to do so to decrease their anxiety, depression and stress levels. Yet 93% of vapers also reported that vaping did just the opposite and made them feel more of those symptoms.

The push arrives as kids head back to school and on the heels of the Food and Drug Administration's delay on ruling on whether vaping giant Juul can remain in market.  The CDC had pointed a finger at Juul, specifically, for contributing to the recent spike in youth vaping, according to a report from CNBC. 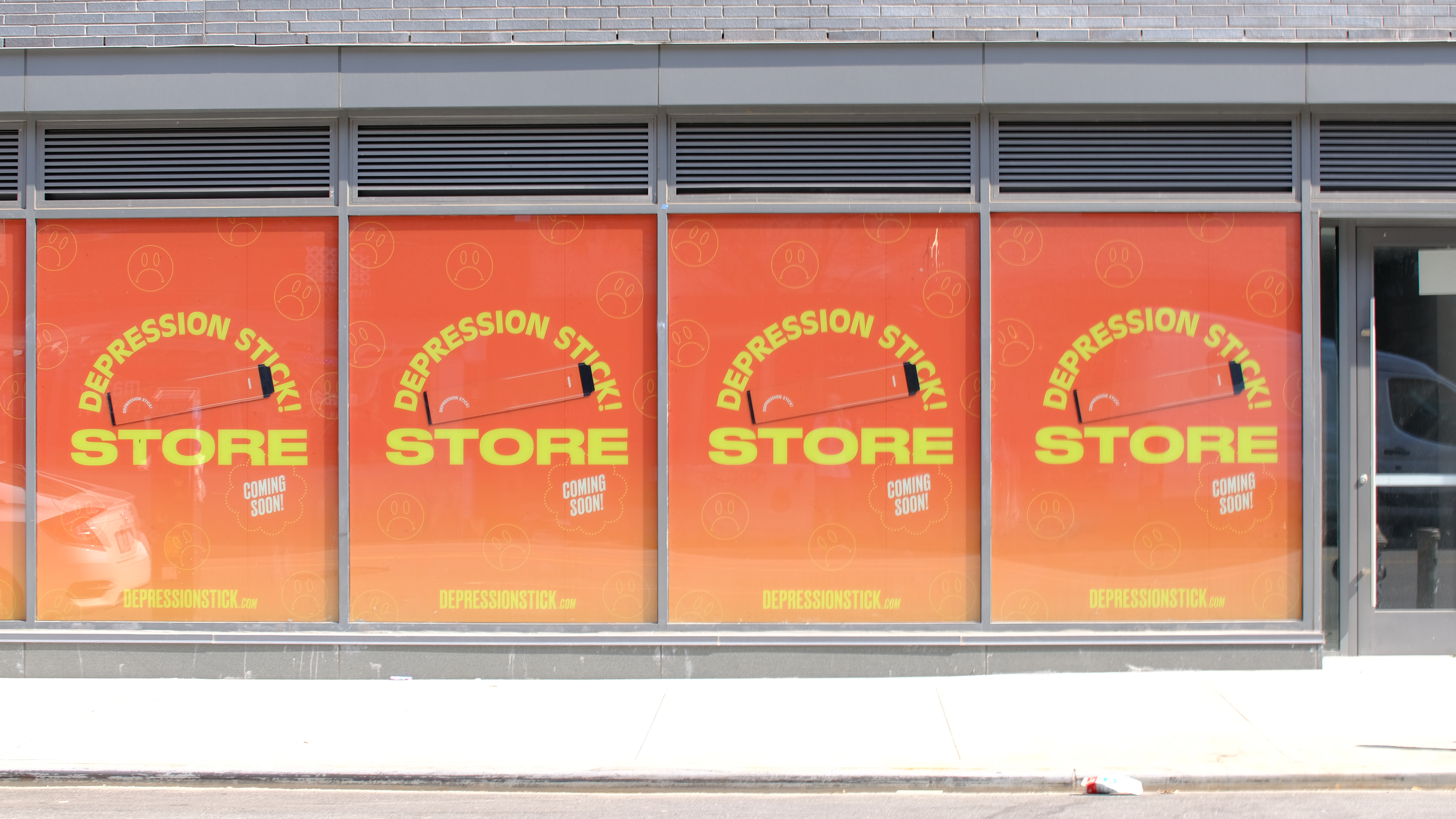 Asche says that both data and cultural tides helped shape the campaign’s strategy. In digging into how to help stop the “runaway train epidemic” that is youth vaping, his team and Mojo Supermarket looked into issues that kids and young adults cared about to potentially connect back to Truth goals. They found that one of those was mental health, which has become a huge part of cultural conversation, especially in light of all the stresses people endured during the past year-plus.

The Journal of the American Medical Association (JAMA) published a study last month that found that depression and anxiety among children and teens doubled during the pandemic compared with pre-COVID levels. Meanwhile, vaping among teenagers remains at epidemic levels in the U.S.

The campaign, titled "It's Messing with Our Heads," was directed by Kris Belman of Division7, who has previously helmed other stunt-themed ads such as Burger King’s “Whopper Neutrality” and “Google Home of the Whopper.” Forthcoming ads will see Craig try to convince influencers as well as agency execs at Forman & Bodenfors, Lightning Orchard and Translation to help sing the praises of Depression Sticks, again, to no avail. 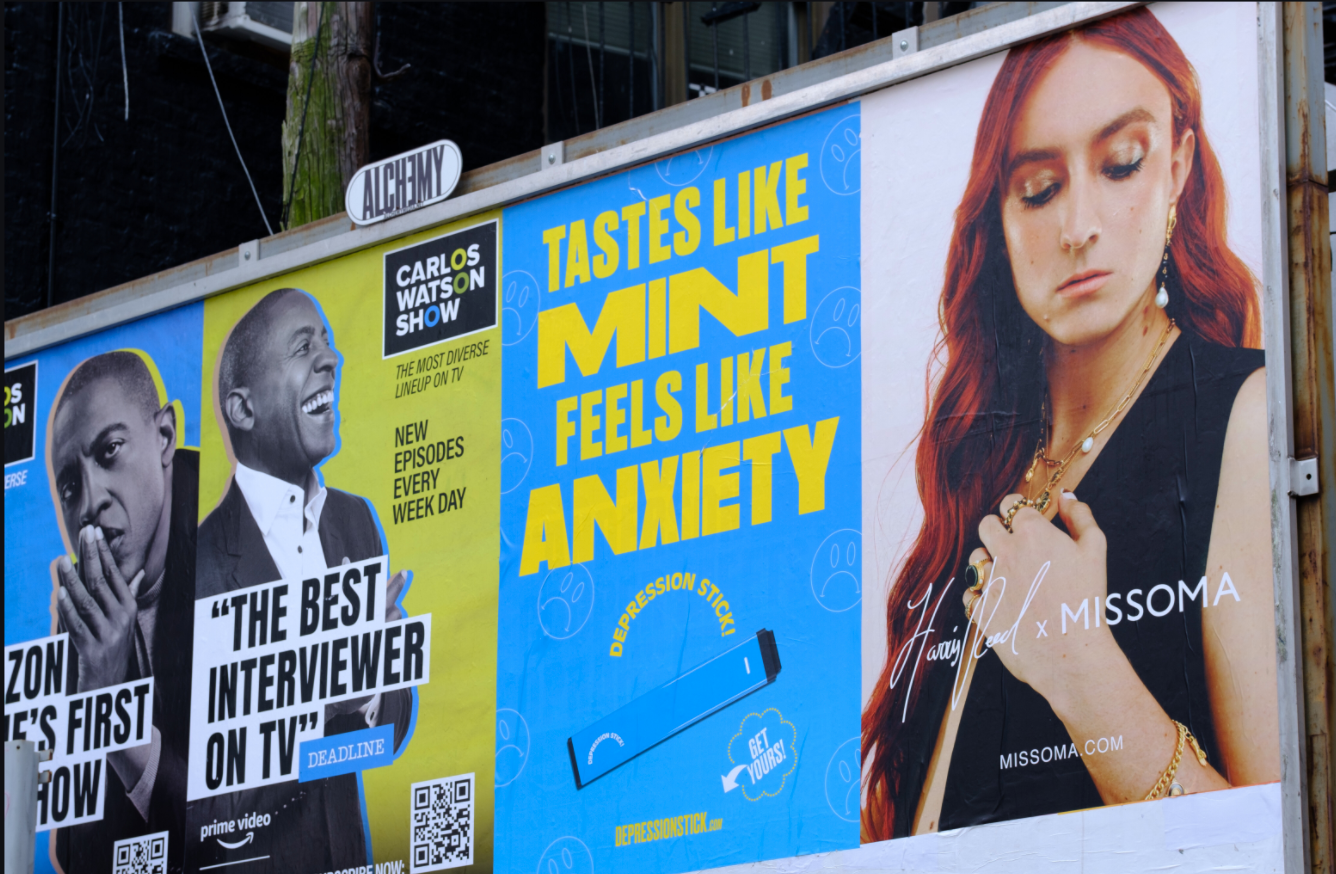 Introducing the first vape to keep it real: Depression Stick!

The simplicity of a 'Depression Stick'

Over the years, Truth Initiative has taken a variety of approaches to deliver its message, whether it was the dark humor of the landmark “Body Bags” campaign from CPB and Arnold to address cigarette smoking, to more recent hard-hitting efforts such as “Treatment Box” from 72andSunny, which followed an opioid addict for five straight days as she struggled through detoxing.

Truth Initiative addressed vaping previously with a campaign that followed influencers as they tried to quit vaping. The organization also offers an online service, “This is Quitting,” that serves as an “offramp” for teens trying to quit, with the help of text messages.

The new campaign is arguably its most ambitious one to take on vaping. Though the ads target teens, Said says they intentionally don’t feature them. “This generation hates advertising,” he says. “They didn’t grow up with them and we wanted to make it just entertainment, prank the system and show how the industry basically messes with them.”

Also, he believes the very simple premise of “Depression Stick” helps to drive the point home. "It’s a two-word reason for you to quit,” he says. “It’s not a fancy, snippy line. It’s just very, very simple.”

The campaign creators hope the humorous approach will help to cut through the clutter as well. “We’re competing with all the TikTok videos, Snapchat and all of the interruptions kids have,” Asche says. “Instead of trying to force ourselves on top of culture, we’re reflecting it, which is kind of what we’ve done over the past 20 years. If we can treat our target as adults, and empower them to have better agency, I think they will respect the brand.”

Producing and creating the ads proved to be an exceptionally difficult task, given the premise. Outside of the actor who played the VP, all the talents in the campaign were real people, including the agency execs.

“We thought we were going to meet a tech company,” says Lightning Orchard co-founder and CEO Barney Robinson, one of the execs featured in the campaign. “They did a great job and completely fucking punked us. Our agency is a big ‘no’ on vape pens and tobacco. It got quite heated at the end and tempers flared, but that didn’t make the cut.”

“We had a writer's room every night for two weeks leading up to production,” Said says. The agency had to create backstories for the VP and his company in order to accommodate for all the questions that would be potentially posed by the agencies, influencers and store owners in the films.

It helps that one of the team on the campaign was creating from experience. Mojo Supermarket writer Patrick Merritt overcame his own ordeal with vaping. “I was addicted to JUUL pens for nearly two years, and I don’t use the word addicted lightly,” he says. “When I found myself hopelessly walking through Brooklyn at 1 a.m. Searching for JUUL pods, I knew I needed to quit. Quitting took months but I’m grateful I did, so helping other people ditch their vape pens is something I’m incredibly proud of.”