What do Caterpillar and "Game of Thrones" have in common? An Icelandic strongman (played by actor Hafbor Julius Bjornsson), who portrays the role of Gregor Clegane in the award-winning HBO series "Game of Thrones," and Thor in a new Caterpillar video called "Tug of War" that launched Tuesday.

Capitalizing on the success of "Game of Thrones," which won 12 Emmy awards on Sunday night -- including one for best drama series -- Caterpillar rolled out the latest installment of its "Built For It Trials" video series, created by Ogilvy & Mather New York, this week.

In the video, the character Thor, a professional strongman, plays a game of tug-of-war with a 77-ton Caterpillar bulldozer, in front of the entire village. With the Cat in reverse, Thor is losing. Then the entire village gets behind him, but they still can't pull the tractor over the line. Finally, a little girl comes to the front and softens the tractor-driver's heart. The driver then shifts the bulldozer into neutral -- and the town pulls it over the line to win the game.

The video was shot in Iceland last December, and Caterpillar has been waiting for the right time to launch it.

"We did take the Emmys into consideration, especially with 'Game of Thrones' having so many nominations," said Archie Lyons, creative director-global brand marketing at Caterpillar.

"Iceland has a very 'strongman' culture, which goes well with our brand," Mr. Lyons said. "Once we heard all the nominations for 'Game of Thrones' (24 in all), it really locked it in, so we decided to launch the video on Tuesday," Mr. Lyons said, noting that it always launches videos on Tuesdays because research shows it is the best day to do so.

"Tug of War" is the seventh installment in Caterpillar's "Built For It Trials" video series, which puts heavy construction equipment to the test in real-life trials. The first video, called "Stack," featured five Cat machines playing a giant game of Jenga.

"With the trials, we hope to 'wow' viewers with surprising and unpredictable demonstrations of the capabilities and strength of Cat equipment," said Chris Curry, group creative director at Ogilvy & Mather New York.

Read more about the campaign on Adage.com. 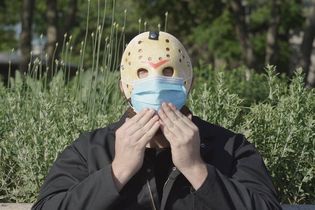 Industry
Automotive
Project Type
Web Film
Tags
B To B

Caterpillar: Caterpillar : Built For It Making Of