As we head into flu season and the U.S. continues to fight the coronavirus (whether their local areas have improved their conditions or are fighting new surges), organizations have been mobilizing to encourage mask use. Last week, we saw efforts employing humor, empathy and art, and now, Twitter is turning to the words of the general public.

In a new outdoor push that broke this weekend, the social media platform found witty, eye-catching tweets about wearing masks from users and turned them into outdoor ads, including massive murals, notes written on the sidewalk and even billboards displayed on a barge floating past Miami Beach. "Think of the mask as a bikini for the face," reads on sign on the boat. "People who wear a mask are considered more attractive," read another at L.A.'s Venice Beach 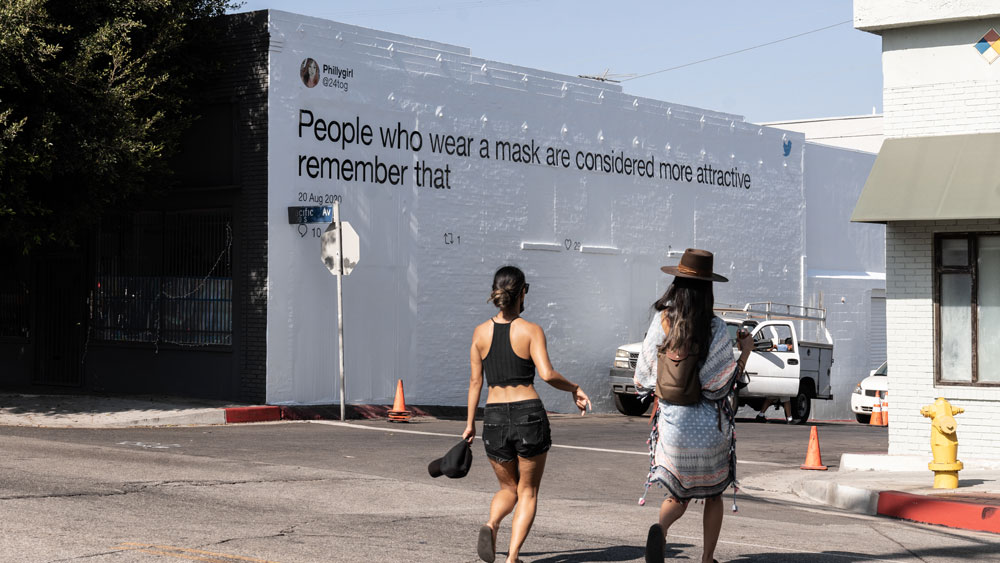 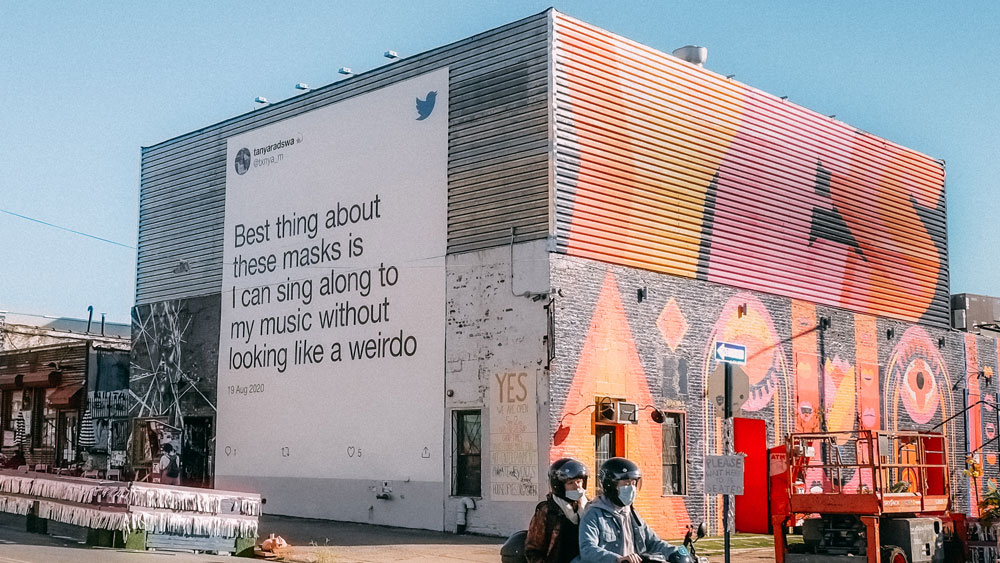 "As always, the people on Twitter say it best," said Twitter CMO Leslie Berland in a statement. "Masks are a huge conversation around the world and we’re happy to help cities tackle mask caution-fatigue with Tweets that will make people smile and hopefully mask-up!"

As part of the effort, Twitter will be donating masks to the cities to be passed out to local residents for free.

Outside of the outdoor push, Twitter is also bringing the mask safety message to its platform. Certain Twitter-owned profiles will feature a mask-inspired header image (below), bio and profile picture. It’s also adding a mask emoji to its DM reactions. Any time a user likes a Tweet with the #WearaMask hashtag, the Like button will turn into an animated mask emoji.

The campaign follows Twitter’s cheeky tweet from two months ago, in which it told users, “You can have an edit button when everyone wears a mask,” which became the Twitter account’s most Liked and Retweeted Tweet in history.

You can have an edit button when everyone wears a mask

The brand has been known to turn to its own users for its campaign content. Earlier this year, to support Black Lives Matter, it featured BLM tweets from users in another outdoor campaign that ran in major U.S. cities. 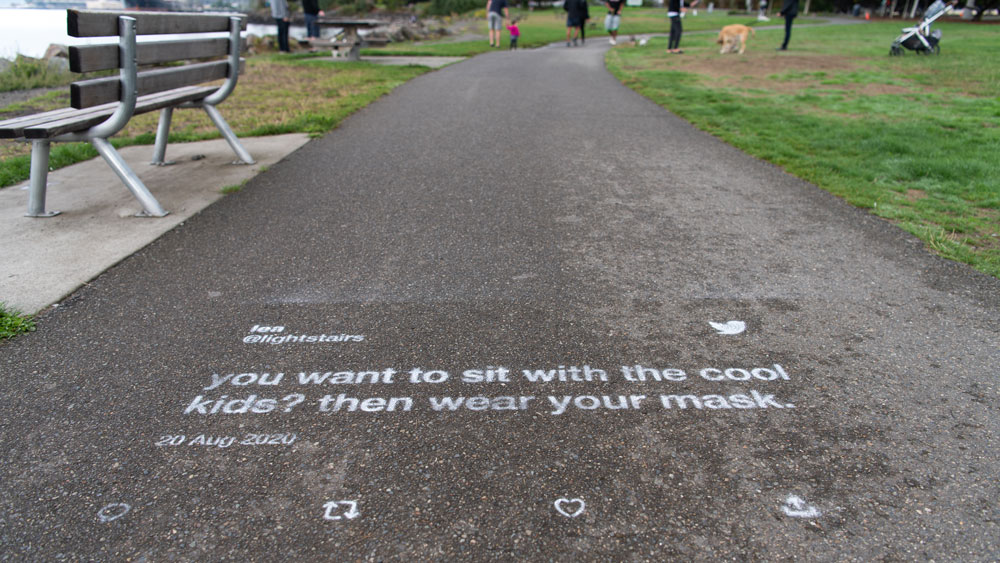 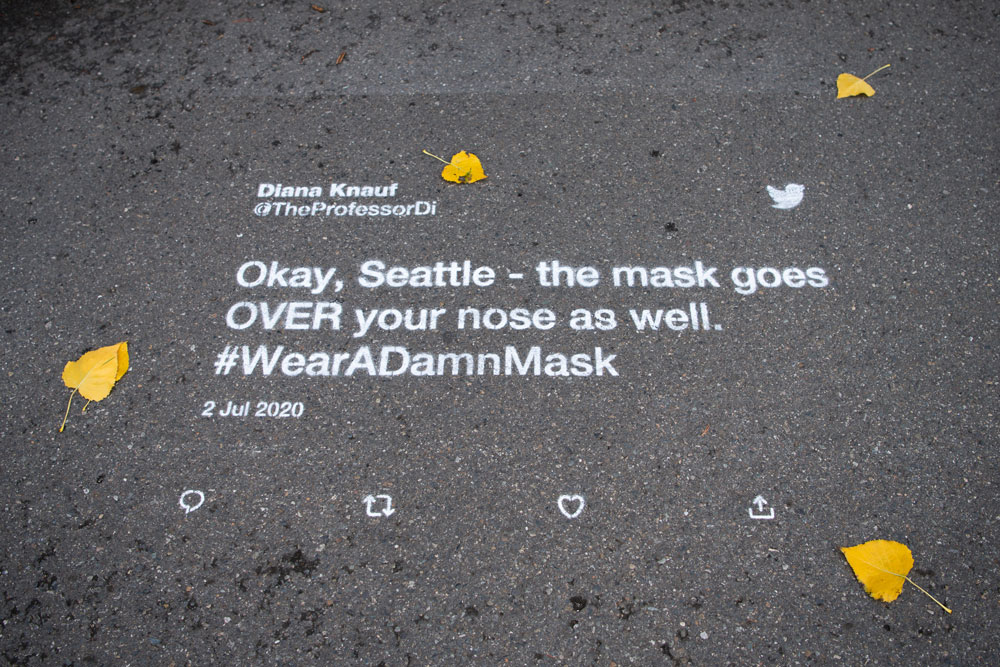 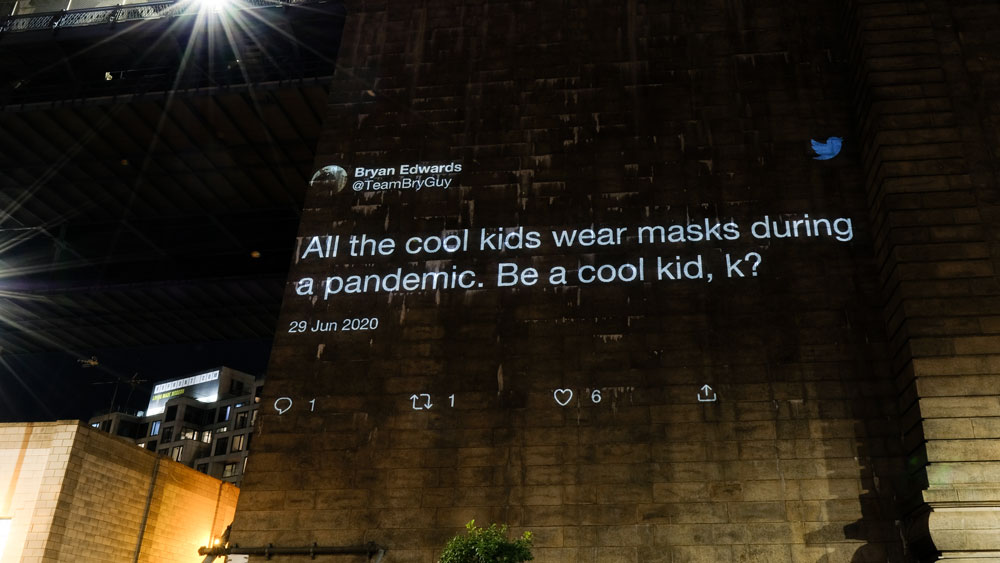 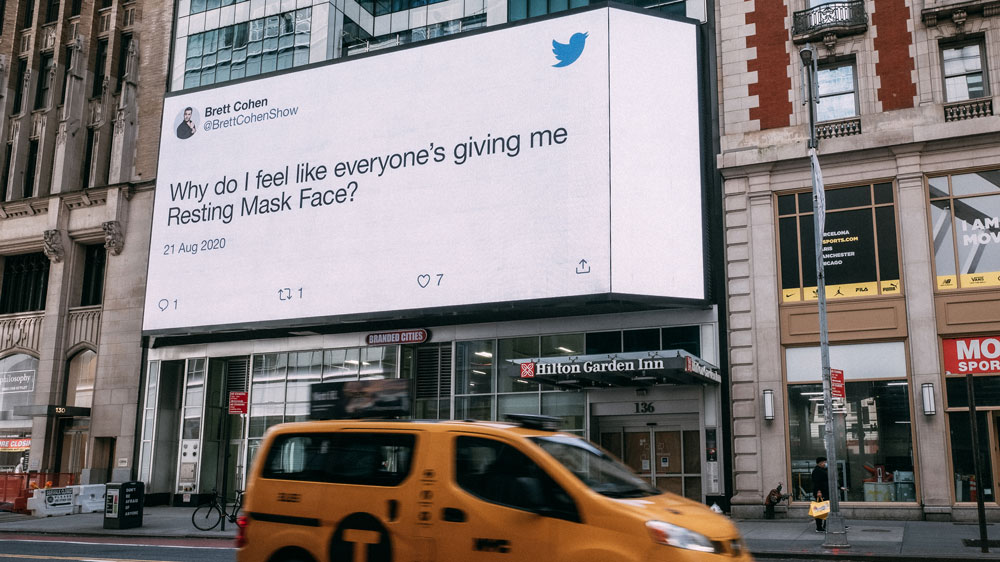 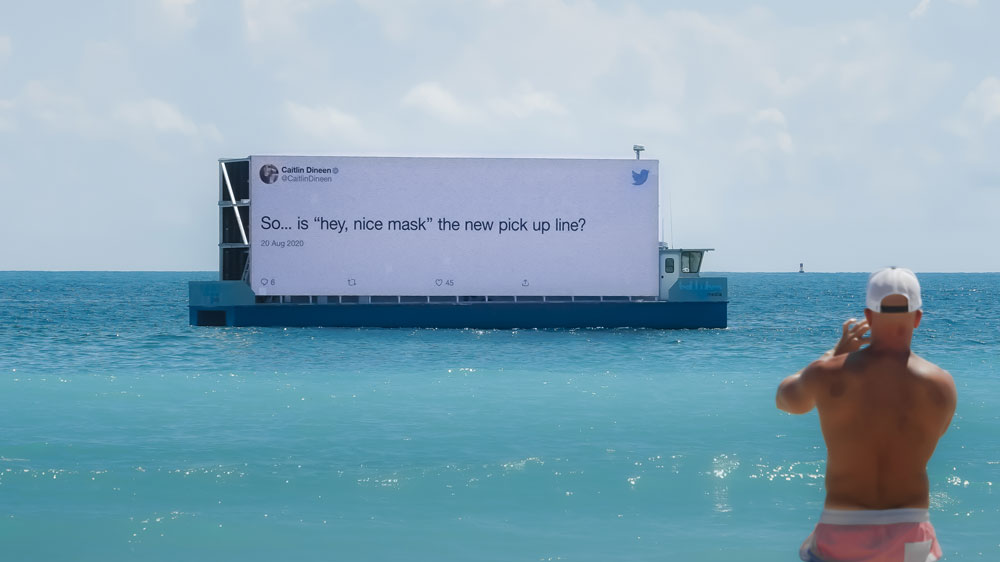 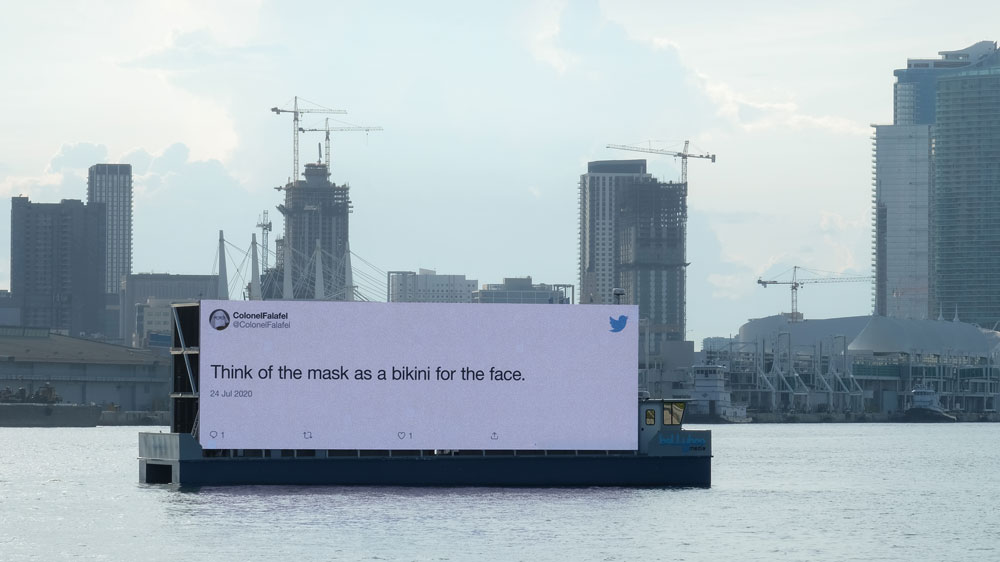 Helsinki Airport is naming itself after passengers