Uncommon reunites with Earl of East in collection for Refugee Week

Early on in the pandemic last year, U.K. agency Uncommon teamed up with scented candle maker Earl of East to make candles whose smells evoked the things we missed about normal life, like pubs, cinemas and music festivals. Now, the two have revisited the idea, in a new collection that has an even more bittersweet purpose.

To highlight Refugee Week, which runs from June 14-20, they created "Scents of Belonging," a set of candles inspired by refugees' memories of home. They're based on the smells recalled by three real-life refugees: Imad Alarnab, who was inspired by his mother's kitchen in Damascus, Sria; Majid Adin, who thought of a rooftop in Mashhad, Iran; and Vanessa Nwosu, whose candle evokes her grandmother's garden in Nigeria.

Uncommon also created a film, directed by BAFTA-award winning Syrian Filmmaker Hassan Akad, which features all three people remembering the places they were forced to flee, and the collection is being supported by a print campaign running in The Guardian this weekend.

The candles are available to buy online, or via Earl of East's retail store in London, with 100% of profits going to refugee organization Choose Love. Packaging features the geographical co-ordinates of each of the places that inspired the scent, and the design also features a graphic of a candlewick turned upside-down to recall the pinpoint icon on a digital map. 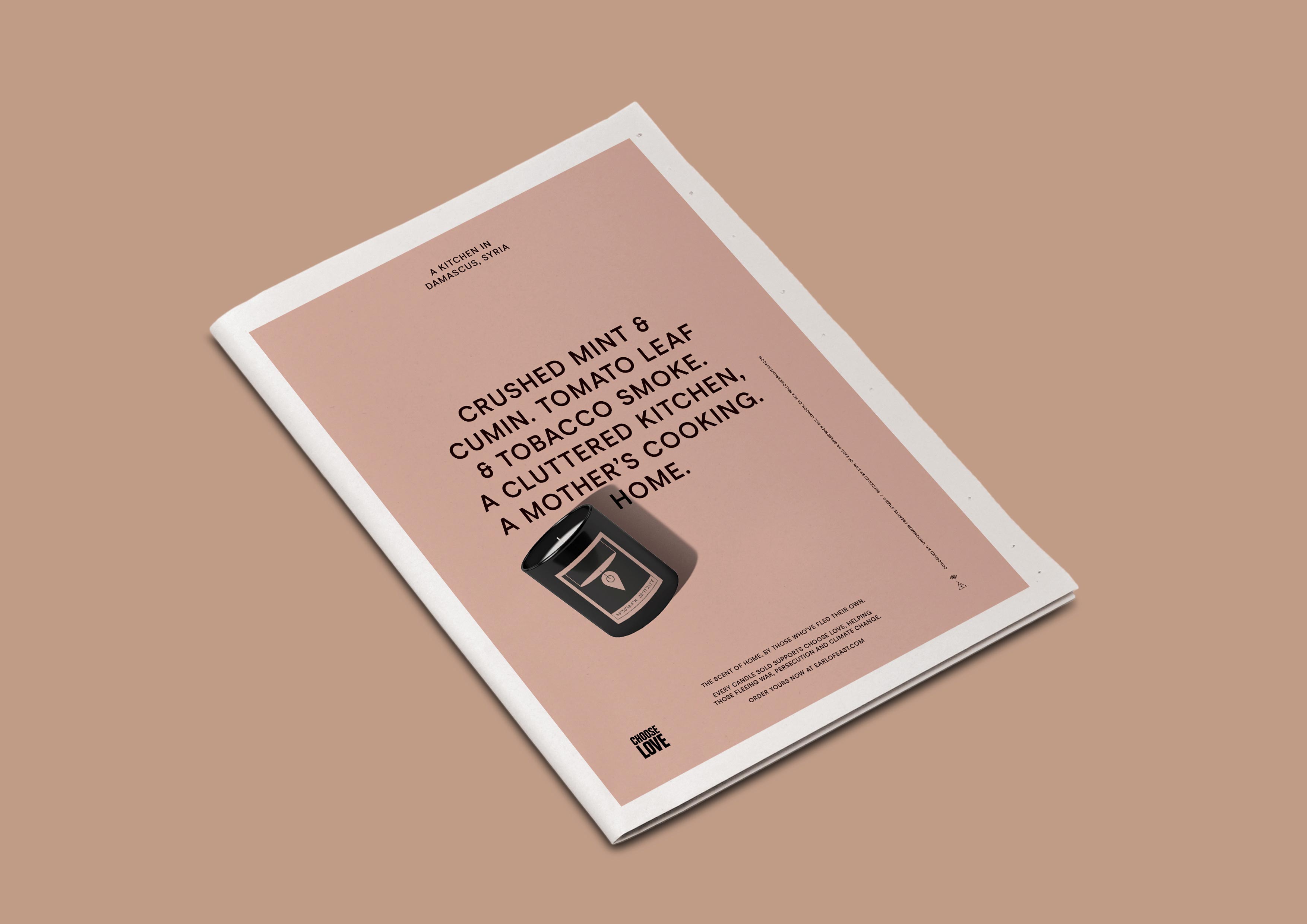 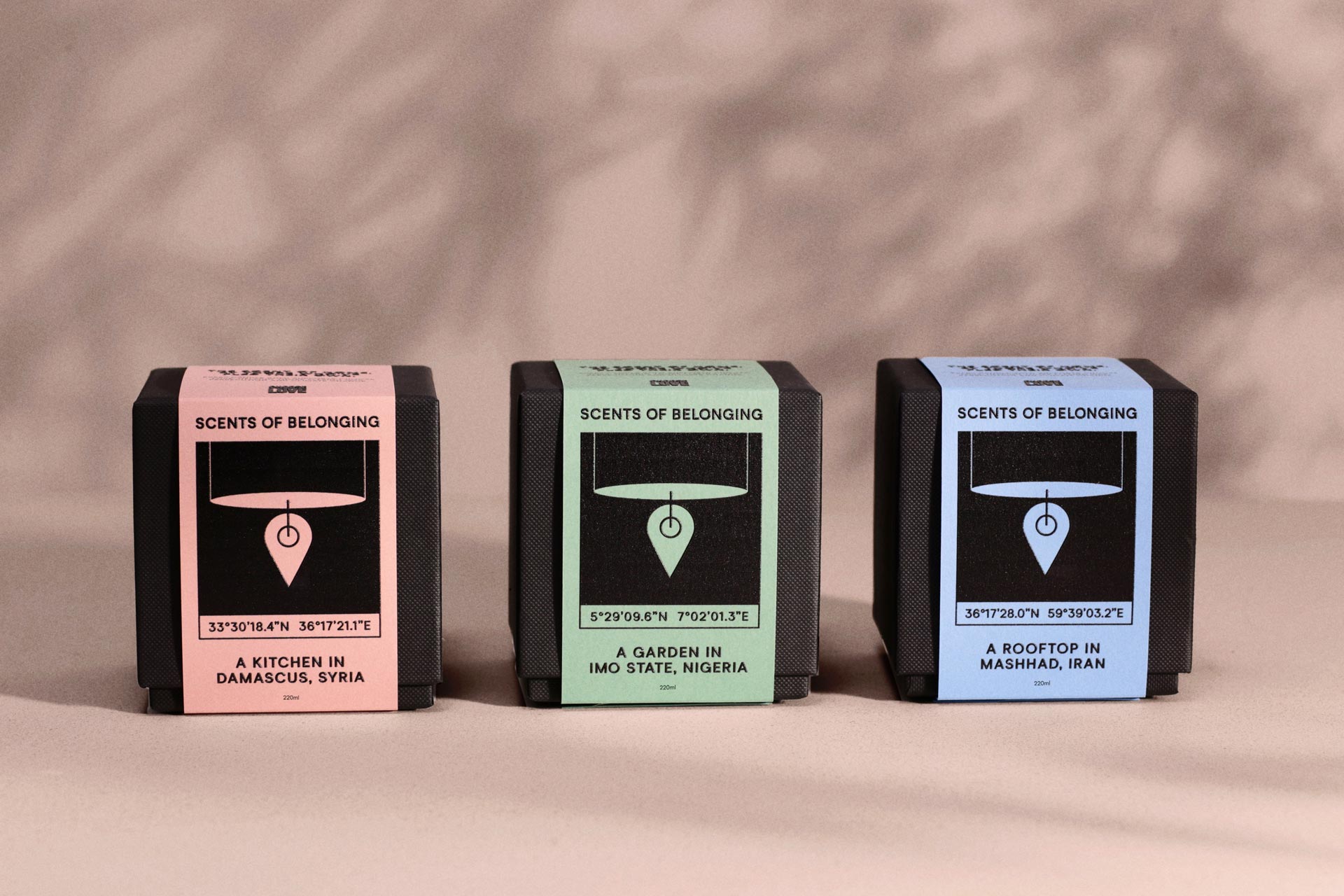 Uncommon x Earl of East: These scented candles aim to transport you to all the places you're missing