For our AAPI Heritage Month Creative Excellence series, the editorial company's managing director recounts how her Chinese mom and grandmother's perseverance taught her to be brave in the face of fear 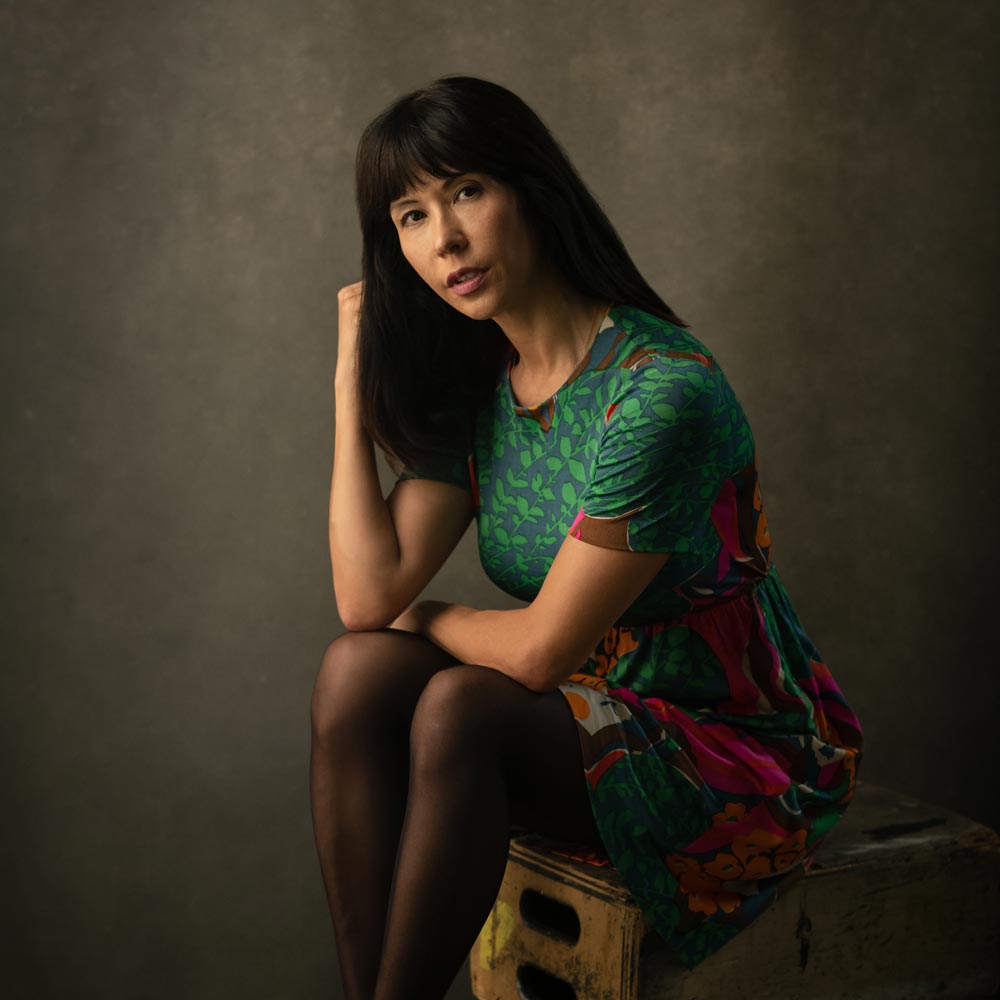 Houck is an industry vet with two decades of experience across postproduction, production, artist representation and business development. She previously served at her own talent agency, Salon Reps, and led the commercial division of award-winning Method Studios, helping to steer the company’s diversification into live action via Method Labs.

This week’s guest editor, David&Goliath Founder and Chairman David Angelo calls Houck “one of the most energetic, artistically passionate people I’ve had the pleasure to know and work with. She embodies a sense of bravery, moving throughout the advertising and entertainment industry with a clear idea of who she is and what she stands for.”

Here, Houck recounts an important career milestone, at a time, like today, when the industry had been undergoing seismic changes. It was at that moment that lessons imparted by Chinese mother and grandmother helped her to drum up the courage to face her obstacles head on.

I’ve been thinking a lot lately about how we navigate change—who of us hasn’t? The last fourteen months have been one long pivot for so many in this business. I returned to my post roots during the pandemic, as managing director of Uppercut, and leading our team through this moment in many ways reminded me of the changes we navigated during the financial crisis of 2008. I was an EP at a VFX company at the time and it felt like overnight we saw budgets cut from a million dollars to 250K, all-in. We had to figure out how to manage that, very quickly. So we began to package live-action production with our VFX supervisors, and we turned them into directors. They were already so deeply involved in every project we worked on, it was a natural progression, but it was still a huge leap of faith. We changed the way we approached our business overnight.

It was so scary, but I loved it. That experience gave me a real respect for the talent and the creative mind. I remember working on treatments with those directors; it was such a hands-on process and taught me how to be their partner and do the work, to respect and nurture their talent to get their vision sold through. I was in a position of being a young EP at that time, doing something that was brand new for my company’s business model. I was scared, but I was also excited. I'm always looking for the new thing. I'm always wondering, what's the path that still needs light? How can we shine on it? That's always been the most interesting path for me.

This continues to play out in my work all the time. Late this past fall, during the pandemic, Uppercut was approached to help get out the vote in the Georgia Senate race and the project was definitely one of those leaps of faith. We could see the importance of the work, but there was so much unknown, and the timeline was so urgent it was daunting to take it on. But we did. The Uppercut editors and I worked with a team of DPs and photographers we sent out on the ground to Georgia to document people’s stories for the piece. We ended up with a beautiful film that got widely seen and shared, including by Reverend Raphael Warnock, who went on to win his Senate seat, as did Jon Osoff. Thinking we played some small part in that reaffirms the feeling that the risks we took to meet the moment were worth it.

We’ve all experienced so much change in our business over the last year, and I think sometimes we hear the message that we need to be fearless in the face of it. But I don’t believe in that at all. It’s not about shutting ourselves off from experiencing fear. It’s about being brave in the face of it. That’s how you become resilient and create new opportunities.

This mindset is very much the legacy of my family. My mother came to the U.S. from China when she was 12. She didn’t know a lick of English and was one of five kids brought to this country by their mother, after their father, my grandfather, had died back in China. They were fleeing the Chinese Communist party and took refuge with various relatives in Thailand and Peru before making their way to the US. Talk about change!

My mom grew up to become a computer programmer back in New York City in the ’60s. She was an Asian immigrant woman working on mainframe computers, for companies including Samsonite, Pan Am, and Madison Avenue advertising agencies setting up their computer systems. After that, she continued her career teaching computer science at a university, eventually becoming department chair. She is a huge influence for me, the biggest. She was breaking barriers without breaking a sweat. For both her and my grandmother, the ground was moving under their feet and yet they always showed such courage and bravery. It’s the lesson I look to in these moments where I have to take a leap of faith.