To celebrate its 20th anniversary, the agency will provide deeply-discounted year-long AOR service to a small local business

Independent agency Venables Bell & Partners opened its doors in San Francisco 20 years ago, and to mark its double-decade anniversary, it wants to help another local small business on its own road to success by offering to be its agency of record at a deeply discounted rate: $20.

Today, the agency announced a contest inviting independent small companies in its neighborhood who suffered during the pandemic to be its next client. The absurdly low $20 fee will cover the cost of a year of service.

The contest’s dedicated page says there’s only one requirement for those who apply: “You have to promise us that you won’t settle for ordinary work.” The “search” for VB&P’s $20 client begins today and will run through Nov. 15. The winner will be announced on  Dec. 13.

To promote the contest, the agency is running an integrated campaign that plays with the “craziness” of the $20 offer. Posters feature lines referencing murder hornet matings, venomous caterpillars and Russian gecko love-making. 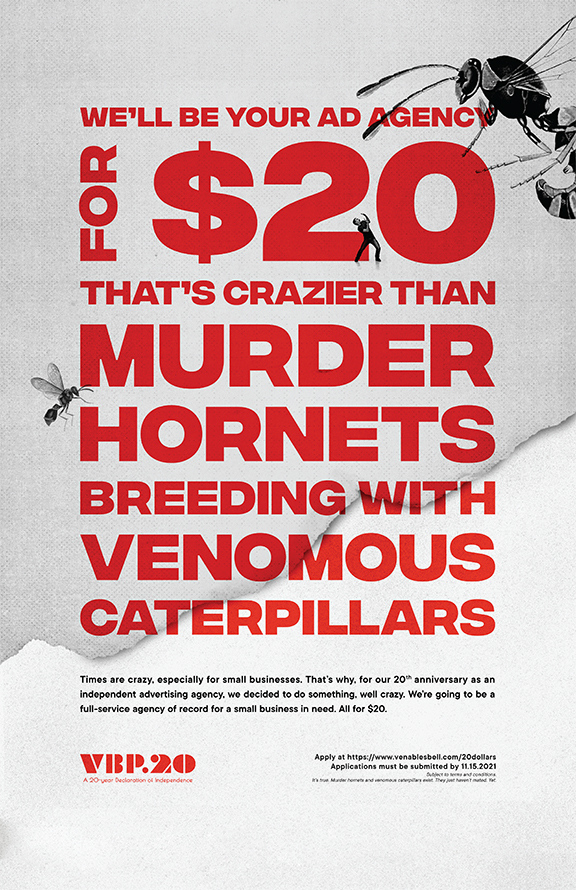 The campaign is running on wild postings, community-based digital platforms such as Next Door and Craigslist and owned and paid social media channels. The agency is also partnering with the San Francisco Chamber of Commerce to get the word out to the city’s network of small businesses.

“It’s fair to say that providing our AOR services for $20 is crazy, though somehow it’s entirely fitting in today’s crazy world,” said Paul Venables, founder and chairman of VB+P. “Small businesses have been particularly hard hit by the pandemic and have faced incredible challenges in recent months. As we mark this 20-year milestone, we’re grateful to be in the position to give back and help another local business realize its potential. We’re looking forward to finding our new partner and getting started together.” 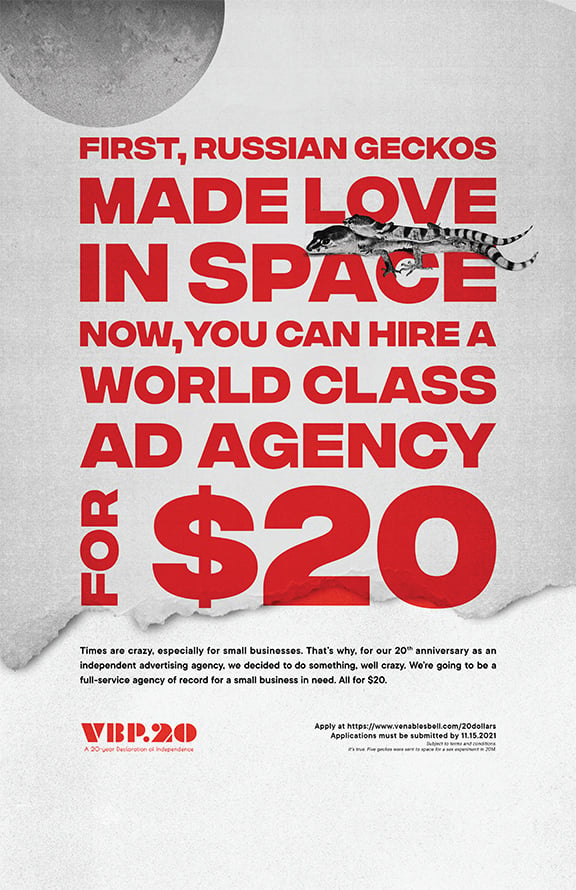