We continue our celebration of Black History Month with Vida Cornelious, executive creative director at the New York Times' T Brand Studio. This week's guest editor, Walton Isaacson CEO and Co-Founder Aaron Walton, highlights Cornelious for her ability to weave a fine tale. "When you meet a masterful storyteller, you want to share their story with the world," he says. "That’s how I feel about Vida’s body of work. She honors strategy by allowing it to point her toward the fresh, untold narratives, using visual and written artistry to connect to the heart."

With the Super Bowl around the corner, Cornelious recounts one of her Big Game projects from a few years ago for Jeep, when she was chief creative officer at Global Hue. Her previous roles include top creative leadership positions at Fake Love, Walt Disney and Walton Isaacson. 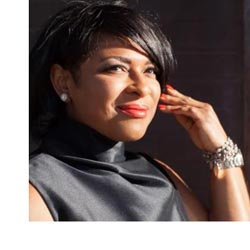 It may seem like an impossible expectation for a brand to become human, but with the right brief and set of cultural circumstances it is not only possible, it is necessary.

In 2013, as chief creative officer of GlobalHue, I found myself in that very unique position.  Our team was leading all of the creative for the U.S. Jeep account when President Obama announced he would be bringing home 34,000 military service men and women from Afghanistan. From the ripple of hope that swept the nation with this announcement, we knew there would be a flood of the traditional “thank you for your service” messages hitting the airwaves from advertisers.

But this was a unique opportunity for the Jeep brand. Our strategist knew this, and she wrote an emotional yet simple brief for our team based on one truth from the brand’s history: “In 1941, a vehicle was commissioned by the U.S. Government to be the metal equivalent of a soldier. It was to be made ready to go anywhere, do anything. The vehicle that was born from this request, was the Jeep.”

From this truth, we decided that it was only fitting that the vehicle that was built to take soldiers into battle rightfully be the only one to bring them home. No other brand could have a connection to this moment as authentically as Jeep, and we made sure our client understood the gravity of that.

Our creative initiative, "Operation Safe Return," was conceived as a proactive opportunity for the brand—a gesture of social responsibility. This was a moment for the brand to use its power for good, to safeguard the return of our soldiers back to the lives they left behind.

The campaign centerpiece was a two-minute Super Bowl halftime commercial, entitled “Whole Again," featuring real service men and women in uniform and narrated by Oprah Winfrey. The commercial was the springboard for the brand to pledge a financial contribution to the USO as aid for programs to further soldiers' return to work and life at home. It was a very successful effort and one that received accolades from media outlets as well as creative recognitions for our agency.

Eight years later, I remain very proud of this work as it is one of the most insightful pieces of creative I have had the pleasure of concepting and executing. After doing extensive research on the realities of military family life, I uncovered valuable insights that enabled me to write the final spot. It took some time and soul searching for me to truly realize this was not an ad, but a message of assurance. Giving the brand a voice that could speak to that moment in time with dignity and respect was key, and I wanted the tone of the copy to deliver that. I also led the production with an amazingly talented team every step of the way.

As an agency in partnership with our client, we were all immensely proud of this effort and the affect it had on the audience. The response in social media alone was enough to let us know we did the right thing in showcasing the brand’s humanity.

This campaign and the "Whole Again"commercial would become the precursor to another notable Super Bowl spot —"America's Import" featuring Bob Dylan, which I created for the Chrysler brand in 2015. It also received accolades from media and creative recognitions.

Reflecting back, I do believe the combination of these two Super Bowl moments were enormous wins for my career and my way of proving that multicultural agencies and Black creatives could deliver on the “big” idea. Where others in our industry too often assume minority-owned shops are sub-standard, my foremost goal in my creative career has been to make excellence my ONLY standard.

Jeep: Jeep's Golden Globes ad takes the 'space odyssey' back down to Earth