Hyundai will bring a walking car to CES

January 02, 2019 02:30 PM
Marketer's Brief has news on Hyundai's 'walking car' and why you should be worried about your pet's weight. Plus, how is beer faring against liquor?

It's January, meaning diet marketers are pouncing. But our furry four-legged friends might be the better target this time around, because pet obesity is rising. Find out more about that below, as well as how beer fared against liquor last year (hint: Jameson and Tito's are stealing the show). But first, we begin with some unusual car news.

What has four legs and can drive?

There will be no shortage of outrageous ideas during the Consumer Electronics Show in Las Vegas next week and Hyundai will be adding fuel to that fire with its walking vehicle prototype, "Elevate." 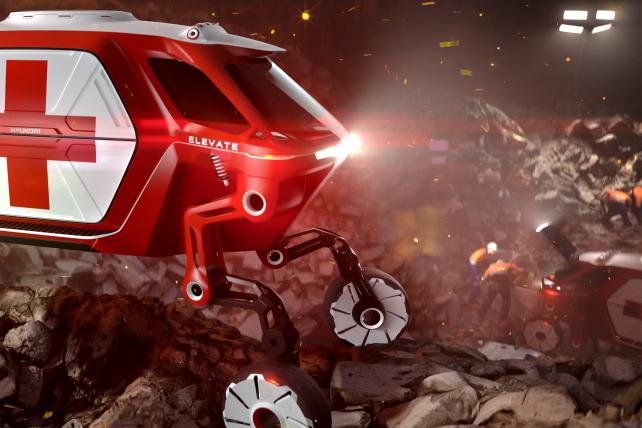 Although other vehicles such as the Jeep Wrangler are known to traverse through tough terrain, Hyundai is taking a different approach: Elevate will have retractable "legs" that allow it to "standup" and supposedly bypass strenuous obstacles.

Liquor up, beer down

The liquor industry has been beating beer for years and 2018 looks no different. Spirits sales volume grew 2 percent to nearly 232 million 9-liter cases, according to liquor trade publication Shanken News. The final numbers are not yet in for beer, but the industry was tracking down 0.9 percent in the 52 weeks ending Dec. 15, Beer Marketer's Insights recently reported, citing Nielsen. And beer trends got worse at the end of the year, with sales down 2 percent for the 12 weeks ending on Dec. 15.

For liquor, winning brands include Tito's and Jameson. Tito's "has more than doubled in size over past three years, and shows no sign slowing," Shanken reports. Meanwhile, Jameson "capped a three-year run in which it has expanded by 50 percent in the U.S. market, despite a significant increase in competition in the Irish whiskey space during that period."

Fido is getting fat

People are spoiling their pets maybe a little too much, especially at dinner time. New data from insurance provider Nationwide says pet obesity is on the rise for the eighth consecutive year. 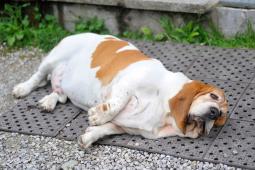 The company, which claims it's the largest provider of pet health insurance, says nearly 20 percent of its members' insurance claims in 2017 were for conditions and diseases related to pet obesity—a sum it says adds up to $69 million in veterinary expenses, or a 24 percent increase over the last eight years. The company insures roughly 700,000 pets.

Most New Year's resolutions involve some sort of diet, and legacy retail brands are no exception. Many of the brands older generations grew up with, including Gap and Lord & Taylor, are slimming down with fewer locations and store closures heading into 2019. Gap is planning to close its Fifth Avenue flagship in New York and three Chicago-area stores—and hundreds of the brand's nearly 800 stores will follow. Lord & Taylor is also scheduled to shutter its New York flagship this month. Meanwhile, Sears, which filed for bankruptcy protection last year and is in danger of extinction, will close 80 more stores; chairman Edward Lampert is trying to purchase the brand's remaining locations through his hedge fund ESL Investments.

Greeting card marketers have been dealing with the threat of digital alternatives for years. Now, one brand has a new pitch as it tries to stay relevant: American Greetings is linking card writing to good physical health. In a new brand platform, "Connections Build Us," created with MullenLowe U.S., the card company purports that maintaining relationships, ostensibly through writing greeting cards, will help one's wellbeing as much as going to the gym. It's a stretch, but so is all that yoga included in New Year's resolutions. 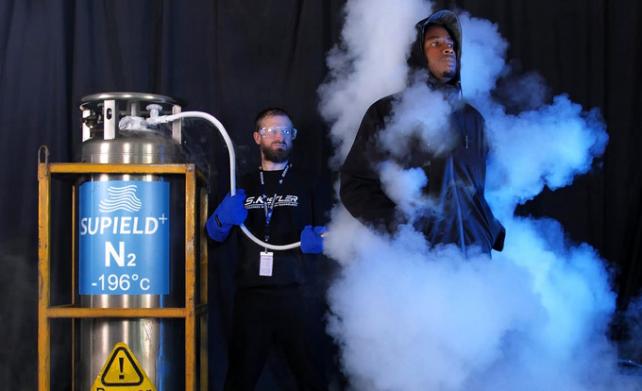 Those worried about staying warm in temperatures as low as -320 degrees Fahrenheit can quit fretting—and pony up for a new jacket that uses NASA technology on Kickstarter. The Kistler Aerogel jacket claims to be the "warmest and thinnest" jacket on earth. Of course, it's possibly excessive considering the lowest temperature recorded on earth is around -130 degrees.

1.3 million: number of packages expected to be returned on Jan. 3, National Returns Day, according to UPS

Netflix issues a warning about the "Bird Box challenge," which has led to a lot of blindfolding.

Can't believe I have to say this, but: PLEASE DO NOT HURT YOURSELVES WITH THIS BIRD BOX CHALLENGE. We don't know how this started, and we appreciate the love, but Boy and Girl have just one wish for 2019 and it is that you not end up in the hospital due to memes.

The year is only two days old, and no one has been hired or fired yet, as far as we can tell. Check back next week.