WPP's Grey is the incumbent on the account, but didn't participate in the review

December 05, 2018 04:24 PM
The National Football League has tapped 72andSunny as its lead creative agency, taking over for WPP's Grey, which declined to participate in the review. 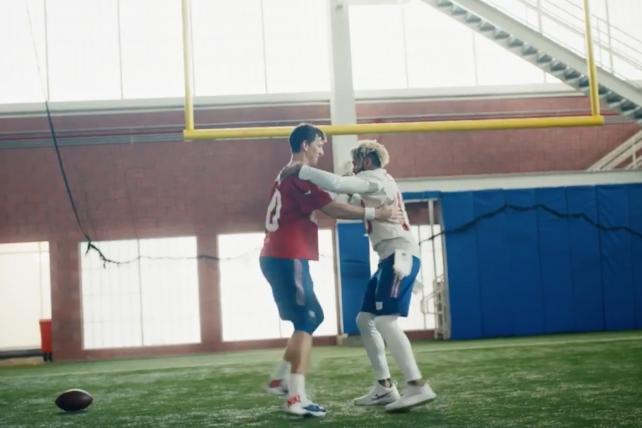 The National Football League has tapped 72andSunny as its new lead creative agency, taking over for WPP's Grey.

The MDC Partners shop's first campaign with the client is expected to run in early 2019. Grey, which did not participate in the review, declined to comment on the switch.

Tim Ellis joined the NFL as CMO in August, coming over from gaming giant Activision, where he also served as CMO. In July, Activision opted to stick with 72andSunny, its agency of record since 2012, after conducting an agency review.

"An important element [72andSunny] will bring to the NFL is not only how to excite our core audience, but also how to engage and recruit the next generation of football fans and their relationship with our sport," Ellis said in an emailed statement.

Grey New York had been behind the Dirty Dancing-themed NFL spot that aired during the Super Bowl — featuring Eli Manning and Odell Beckham Jr.'s rendition of the classic routine.

The NFL has enjoyed a TV ratings boost this season, a welcome sign for a league that dealt with regular headlines last season about falling viewership. Season to date, NFL games are averaging 15.8 million TV viewers, the league reported last week, up 5 percent versus last year. But recently, the league's image has taken a hit over how it handled its investigation into Kareem Hunt, the former Kansas City Chiefs running back who was booted from the team after TMZ published hotel surveillance footage showing him kicking and shoving a woman.

Violence against women became a major issue for the NFL in 2014 when video surfaced of running back Ray Rice assaulting his then-fiance. The league took heat for initially suspending Rice for only two games before TMZ published the video. Rice was later suspended indefinitely.

The agency news comes the same day as Ad Age reported 72andSunny lost the Coors Banquet account to Mekanism. 72andSunny still has the much larger Coors Light account, but the Banquet change could signal further moves since MillerCoors has traditionally kept the Coors family of brands at the same agency.

The MDC Partners shop's first campaign with the client is expected to run in early 2019.