Allstate's Mayhem is getting a makeover and the Association of National Advertisers is absorbing another trade group. Find out more about that below. But first, we begin with a little fast food news .... 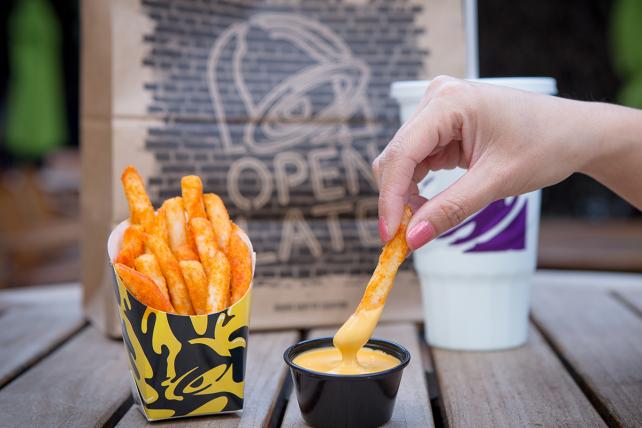 Taco Bell responds to last year's rumor with this year's first new item
Taco Bell's newest limited-time item is a twist on one of the most popular items in fast food: fries. Nacho fries, announced Wednesday and priced at $1, come after months of rumors among Taco Bell fans. Taco Bell itself fueled speculation about serving fries in October. It responded to a tweet about its lack of fries from Blink-182's Mark Hoppus by saying "That just might change soon, Mark. "

Now, the U.S. debut of fries is set for Jan. 25. Nacho fries are described by the chain as "crisped to perfection with bold Mexican seasoning and served with a dippable side of warm Nacho Cheese." Marketing plans haven't been announced but based on a press release it seems likely the campaign will have a movie-related theme. Taco Bell's announcement was peppered with phrases such as "release date," "in their leading role," and said details "will be shared as the curtain is pulled back on the January 25 launch fit for the big screen." Currently, Taco Bell is promoting other $1 items in its "Belluminati" campaign from Deutsch. Taco Bell serves fries in some international markets, but this month's introduction marks the first nationwide availability of fries in the United States. It tested fries in West Virginia and California last year.

No more mischief, eh?
Mayhem's back this year, but maybe in a different way. Allstate has revived the mischief-making character, played by Dean Winters, for a new series of resolution-focused spots. In one 30-second commercial, Mayhem explains his new outlook. "It's a new year and I'm making a resolution: no more mayhem. This year, I'm everything that helps keeps you safe," he says, using the example of the "fuzzy, yellow tennis ball dangling from a string" in the garage to help drivers know where to park their cars. Yet the spot closes with a twist—text reads, "Resolutions are made to be broken." The campaign, from Leo Burnett, could signify a shift for the character, or maybe not. Because where would insurers be without a little mayhem?

Pass it on
Pssst… have you heard? The Association of National Advertisers announced today it would be acquiring the Word of Mouth Marketing Association, a marketing trade group founded in 2004. ANA CEO Bob Liodice says the deal would help ANA increase member services in WOMMA's areas of expertise. It follows other acquisitions in recent years of groups like the Business Marketing Association and the Brand Activation Association. Terms were not disclosed. A major driver in co-founding WOMMA in 2004 was a frustration that the major industry associations—ANA, IAB, DMA, 4A's—were not adequately addressing the 'non-paid' media landscape, says Pete Blackshaw, head of digital innovation and service models at Nestle, who was a Nielsen executive when he helped found WOMMA. "We also felt a critical need to establish a high industry bar for word-of-mouth ethics and social media disclosure, which I believe WOMMA delivered with excellence," Blackshaw says. "… ANA appears to be embracing both fronts, so it's hard not to imagine positive outcomes coming out of this." He added that the move comes as consumer testimonials, reviews, ratings, social media engagement and other forms of online or offline word-of-mouth grow in importance.

Curry is back—with Warriors and with Brita
Stephen Curry is back. Not just with the Golden State Warriors, where he returned from an injury with a 38-point destruction of the Memphis Grizzlies, but as Brita pitchman in a new ad alongside famous-for-being-famous influencer Rudy Mancuso. The latter's 3.8 million YouTube subscribers will help Clorox Co. distribute the new video breaking tomorrow from Portal A. Why pony up for a mega-influencer when you've already got Curry? Because it worked last spring with King Bach, like Mancuso a former Vine celebrity who transferred much of his following there to YouTube. "By partnering with multi-talented internet personality Rudy Mancuso, we've struck a great balance, identifying someone that truly resonates with our target," says Yating Wong, associate brand director for Brita.

Gus Kenworthy waves the rainbow flag for Head & Shoulders
Gus Kenworthy already has appeared—at least via inspiration for one of many mini-vignettes—in Procter & Gamble's latest "Thank You Mom" work from Wieden & Kennedy in advance of next month's Winter Games. Now he's appearing in the flesh in an ad from Saatchi & Saatchi for P&G's Head & Shoulders, where, in what may be a first for Olympics ads, he holds the rainbow flag. It broke during last weekend's college football bowl games. 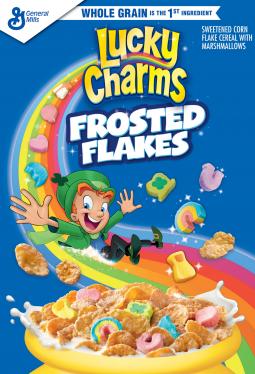 Number of the Week
66 percent: The amount more, on average, shelled out on Amazon by Amazon Echo owners than those without Echo in the third quarter of 2017, according to Consumer Intelligence Research Partners.

McDonald's leader Ronald just stated he has a "burger on his desk at all times". Will someone from his big shoed, red nosed regime inform him that I too have a burger on my desk, but mine is a box meal which is bigger and more powerful than his, and mine has gravy! #nuclearbutton

Moves
Ripple, a popular cryptocurrency, poached former Facebook corporate spokesman Tom Channick as its new head of communications. Channick started his new job Tuesday. The price of Ripple has skyrocketed 40,000 percent to about $2.40, up from $.006 in December 2017. Clients who use Ripple include American Express and Santander Bank, among others.

Ad Age's weekly marketing roundup has the latest on the fast feeder's nacho fries and what trade group ANA is absorbing.