May 18, 2018 12:55 PM
It is not too late to deploy the perfect royal wedding marketer strategy. It's turnkey and it'll work for brands large or small. 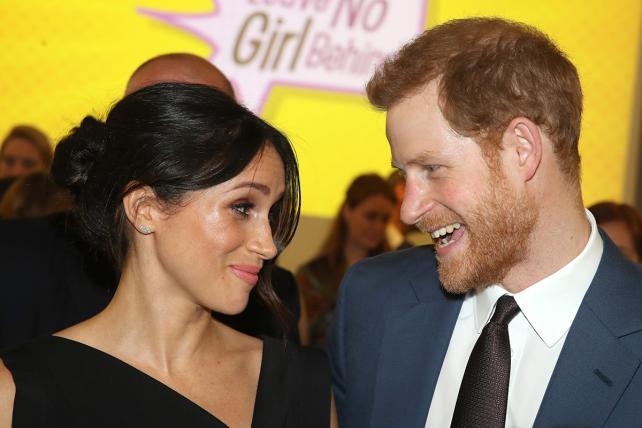 Well, I've got great news: It's not too late to deploy the perfect royal wedding marketer strategy. It's turnkey and it'll work for brands large or small. And best of all, it's easy to execute.

That's it. That's the whole plan.

It's been five years since Oreo got endless marketing-world high-fives for tweeting about the stadium power outage that happened during Super Bowl XLVII:

It's funny to look back now and see the relatively paltry number of retweets (14,908, as of this writing) and likes (6,840) on that supposedly groundbreaking tweet, but all the media hype around it at the time still somehow helped convince countless marketers and agencies that they had to get in on the real-time marketing craze. The idea was that a brand could be seen as relevant by meshing with the real-time conversation about stuff going on in the world. Sounds good in theory, I guess? Or at least it did at the time.

Oreo tried to do it again later that year when the Duchess of Cambridge gave birth. But that time instead of being kind of clever in real-time, the brand had prepared a, well, belabored tweet that probably had to be delivered by C-section:

The retweets and likes on that clunker: 958 and 391, respectively. Still, at the time various media outlets (including, I'm afraid, Ad Age) saluted Oreo for being part of the #RoyalBaby conversation. Because, you know, what better way for a mass-marketed cookie to demonstrate its relevance than suggesting that royals should feed a sugary, crunchy choking hazard to a newborn?

I'm here to suggest that the best way for most marketers to proceed in regard to the news cycle is to, generally speaking, stay out of it. And particularly when it comes to a quintessentially British affair like a royal wedding, American brands have no business trying to hop on the bandwagon. (Even if the bride is American, she's joining a weird rich-people cult that flies in the face of America's founding ideals of freedom and equality. But I don't judge.)

Are you (or someone you know) a marketer who fears missing out on the impending royal wedding hoopla?