Thursday Wake-Up Call: Late-night TV shows made spoof Ambien ads (because how could they resist?)

May 31, 2018 06:45 AM
This roundup contains news about spoof Ambien ads, 'Roseanne' and President Trump. It does not contain spoilers about the series finale of 'The Americans.' 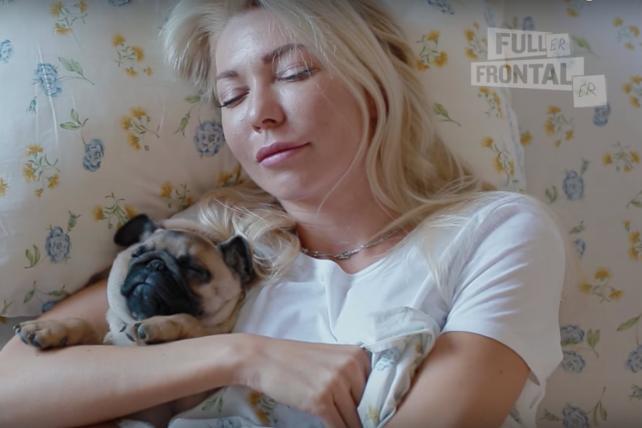 Welcome to Ad Age's Wake-Up Call, our daily roundup of advertising, marketing, media and digital news. What people are talking about today: Ambien, of course. The medication has been all over the news since Roseanne Barr claimed she was taking it when she sent the racist tweet that got her hit ABC show, "Roseanne," canceled. Sanofi, the maker of Ambien, had a swift and sharp comeback: "While all pharmaceutical treatments have side effects, racism is not a known side effect of any Sanofi medication." As Ad Age's Adrianne Pasquarelli writes, Ambien was the top trending topic on Twitter early Wednesday, with people cracking endless armchair jokes about the sedative. ("Ambien makes you racist? No wonder some of y'all can't get woke.")
Later on, Comedy Central's "The Daily Show" and "Full Frontal With Samantha Bee" on TBS both aired faux Ambien commercials. Samantha Bee's faux pharma ad ("Ask your doctor about Ambien") starts with a montage of frustrated people trying to sleep and launches into a soothing voiceover warning of side effects:

"Until you know how Ambien will affect you, you shouldn't drive in urban areas, operate heavy machinery, or visit a Starbucks. Don't take Ambien if you've ever asked, 'When will there be a White History Month?', used the phrase, 'I'm not racist, but …', or if you've previously tweeted racist things that your boss forgot about."

Watch the spoof here.
The Trumpian POV: President Trump once called Barr to congratulate her on her show's ratings. So what does he have to say about the scandal? Not much, but he somehow used the occasion to complain on Twitter that ABC owes him an apology for "HORRIBLE statements" made about him on the network. As Ad Age's Jeanine Poggi writes, "Bashing the media is a far safer play than defending Barr."

Scaling back
"Fox Networks Group had grand ambitions to reduce commercials this season, "specifically on Sunday nights, writes Jeanine Poggi in Ad Age. But the plans are hitting roadblocks. One of the centerpieces of Fox's plan to trim its ad load is something referred to as a "Jaz pod," a one-minute commercial break. For the time being, they're only scheduled for three Sunday nights next season. Poggi adds this, though:

"While Fox's plans are more modest for next season than perhaps its initial pitch to the marketplace, most of the industry agrees the efforts are commendable, and on the nights Fox does air its shows with a reduce commercial load, viewers will see a noticeable difference."

And if you're still wondering what exactly a "Jaz pod" is and why it's called that, Poggi's story has a very clear explanation.

Atonement
Perhaps you've noted a wave of ads from Facebook, Uber and Wells Fargo apologizing for past errors and promising to do better. The Wall Street Journal examines the phenomenon, noting that modern-day image-repairing ads often run across platforms, including during expensive TV airtime such as during NBA playoffs. In the old days, a brand might have simply taken out an apology ad in newspapers. In the social media era, that's no longer enough. "We live in an age of rage, and companies are now compelled to engage and apologize," as Harlan Loeb, global chair of crisis at Edelman, tells The Journal.
Saying sorry can be expensive, as The Journal notes. iSpot estimates that as of May 29, Facebook has spent almost $30 million on TV ads that started airing April 25.

Surprise: "Dick's Sporting Goods might not be on great terms with gun makers right now, but that's not hurting the brand much," Ad Age's Adrianne Pasquarelli writes. The retailer's quarterly sales beat expectations after it decided to stop selling assault-style rifles.

$1,290: That's the price of a T-shirt from Balenciaga that everyone's making fun of because it comes with a dress shirt sewn onto the front of it. Can't picture it? Check out the Ad Age Marketer's Brief, which has a photo.

Farewell, comrades: The series finale of FX's Soviet spy drama "The Americans" aired Wednesday night. No spoilers here (and in fact the author of this Wake-Up Call hasn't watched it yet, because this newsletter needed to be written. Though the suspense is driving her to distraction.)

Listen: "For me, data is a forest when I want a house: It's great to have all that wood, but if I didn't have someone who can do something with it, it's irrelevant," Andrew Swinand, Leo Burnett's North America CEO, says. Check out his conversation with Ad Age editor Brian Braiker in the latest Ad Lib podcast.

Ad of the day: Remember the era before Apple ads looked like Apple ads as we know them? Remember that time Apple ran a print ad showing Benjamin Franklin sitting at the computer, with the copy making cheesy puns about revolution? ("Declare your independence with Apple.") No? Then check out Barbara Lippert's Classic Ad Review in Ad Age. Enjoy.

"Until you know how Ambien will affect you, you shouldn't drive in urban areas, operate heavy machinery, or visit a Starbucks."