January 24, 2018 11:55 AM
"A Year in Provence" author and ad creative Peter Mayle never really took advertising seriously, Mark Wnek writes. He did it for fun. 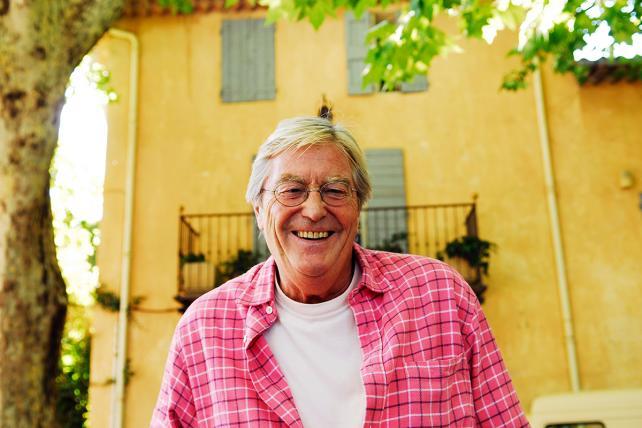 In his second career, Peter Mayle became one of the most famous expats from advertising, the author of the wonderfully witty and charming Provence series of autobiographical novels describing his new life in the south of France.

But Mayle had been an advertising great as well. He first entered the sphere of Madison Avenue an ocean away from it, as a creative director at the new London office of Papert, Koenig & Lois in 1964. When he later joined BBDO in New York, he made a then-27-year old Tim Delaney creative director of BBDO London.

Now that Mayle has died this month at age 78, Delaney's typically flawlessly-written eulogy to his former boss has made me think. In his piece, Delaney describes the ever-impish Mayle as somebody whose greatest and most salient quality was that he never really took advertising seriously. He did it for fun.

As somebody broadly known for being a mean, hard-driving boss, this struck a powerful note with me.

I decided to leave my last big agency job the morning after the night I had scolded my young sons for breaking an iPad screen.

When I woke up in the morning, I found myself suddenly moved to tears by the memory of their frightened little faces as I undoubtedly overdid the anger the night before.

I found myself saying out loud, "I quit."

On that day years ago, I dedicated myself first and foremost to rediscovering the real me that didn't freak me out when I saw my reflection.

I was lucky enough, among other things, to find a spectacularly brilliant life-coach and today, people who I've known for years but haven't seen for a long while look at me funny over a long-delayed meal together.

One acquaintance thought I'd had a stroke.

Now I work with young(er) people and that seems to go OK. They seem unafraid to call me an idiot when I'm being one, which is kind of wonderful. They still get a waspish comeback, but now with a smile.

But, when I sit down to write about an ad industry that I believe has lost its way somewhat in its pursuit of a direct way of advertising that was clearly less than optimal when it just involved cramming peoples' letterboxes, I sometimes find my old self baring its fangs.

It's taken the death of Peter Mayle to re-remind me that best thing about what we do is how much fun it is.

Coming up with ideas to sell things is enormous fun. And that's nothing to be ashamed of.

Indeed, when the sense of fun and discovery and silliness disappears, I'm convinced it's an early-warning signal that you and your agency are doing something wrong.

It's one of the damaging effects of all this technology worship. We're too anxious to turn over the reins to people and machines that work by numbers and not by fun and charm and enjoyment.

How many new agencies start with the central tenet that everything it does will be fun? None.

When you read "A Year in Provence," you are above all captivated by its charm. You're witnessing life as fun, even in the midst of various tribulations.

Whatever else our communication with others does or doesn't do, it has to be likeable.

That's an art, not a science.

It's something that starts with the heart not the head. And certainly not with a machine.

Everyone invested in our business not melting away beneath our feet should make damn sure their young people get this. But do it with a smile.

"A Year in Provence" author and ad creative Peter Mayle never really took advertising seriously, Mark Wnek writes. He did it for fun.