April 20, 2018 05:53 PM
The CEOs of Google and Twitter may be next to follow Mark Zuckerberg into a gauntlet of congressional hearings. 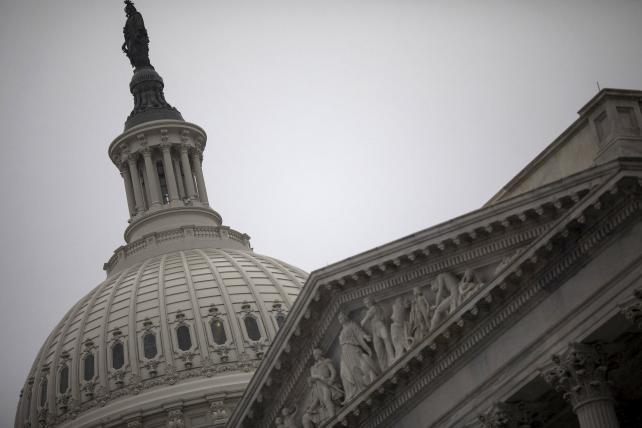 The CEOs of Google and Twitter may be next to follow Mark Zuckerberg into a gauntlet of congressional hearings.

"I've told them I'd like to have them come in and talk to us about data privacy and maybe some of the other social media platforms as well," Thune says. "It'll help to really know what they're doing, and it'll help and instruct what we might be thinking about doing. We haven't scheduled anything yet, but we're having conversations with them."

Zuckerberg, CEO of Facebook, spent about 10 hours over two days this month answering a barrage of questions from lawmakers in House and Senate hearings triggered by revelations that a British firm with ties to President Donald Trump's 2016 campaign harvested information from as many as 87 million Facebook users without their knowledge. The use of the data by Cambridge Analytica has prompted questions about Internet privacy and calls for potential government regulation to protect personal data.

Senate Judiciary Chairman Chuck Grassley, who originally sought to schedule all three major social media company CEOs before Zuckerberg became the focus of the inquiries, said this week he may seek testimony from Pichai and Twitter's Jack Dorsey. He sent them letters the day of the Zuckerberg hearing asking about their data privacy practices and actions to counter foreign interference in U.S. elections. He told them he wanted answers by April 25.

Grassley and Thune, whose committees jointly questioned Zuckerberg, have said they also will continue to probe Cambridge Analytica's alleged diversion of millions of Facebook profiles for political use.

"We're getting some more information from Facebook about other analytics firms that they did business with, and they're trying to quantify what that universe is and then we'll probably look at that whole issue with Cambridge and perhaps some other firms," Thune said.

Senate Intelligence Chairman Richard Burr also plans a hearing featuring the technology companies in a few months as his panel wraps up a report on Russia's use of social media to influence U.S. politics. Burr hasn't yet demanded that the CEOs testify.

But Mark Warner, the top Democrat on the panel, wants to bring Zuckerberg back to the Capitol along with Dorsey and Pichai, rather than settle for a repeat performance by company lawyers who testified to the committee last year.

Warner said he's concerned the companies and the country aren't yet prepared for continued Russian political interference through hacking and fake accounts or for the potential deployment of new tools for misinformation, including "deep fake" technology that can put false words in someone else's mouth.

As for legislation, the bipartisan Honest Ads Act sponsored by Warner and Democratic Senator Amy Klobuchar of Minnesota, which would require disclosures on online political advertising, has picked up the support of Facebook, Twitter and Microsoft, among others.

It's not yet clear if the measure has enough Republican backing to become law.

Klobuchar and Republican Senator John Kennedy of Louisiana, both members of the Judiciary Committee, also have proposed new privacy legislation, including a requirement that companies notify users of a breach of their information within 72 hours and give users a right to opt out of data tracking and collection.

Separately, the House Judiciary Committee has scheduled a hearing Thursday on the metrics that social media platforms use to moderate content, how filtering decisions are made, and whether viewpoints have been silenced.

Representatives of Facebook, Google and Twitter have been invited to testify, as will Representative Marsha Blackburn, a Tennessee Republican running for the U.S. Senate, who has a bill that would put in place consumer privacy protections for internet users.

Others who will come before the committee include social media personalities Diamond & Silk, video-blogging sisters who back Trump and were deemed "unsafe" by Facebook in what Zuckerberg later called an enforcement error; Corynne McSherry, legal director pf the Electronic Frontier Foundation; and David Chavern, CEO of the News Media Alliance.

"The advent of social media has made it possible for people to connect across continents, explore vast amounts of information, and share meaningful dialogue with friends and strangers," committee Chairman Bob Goodlatte of Virginia, said in a statement. "However, this same technology can be used to suppress a particular viewpoint and manipulate public opinion."

The CEOs of Google and Twitter may be next to follow Mark Zuckerberg into a gauntlet of congressional hearings.