Sorrell's legacy: He built a holding company giant … but will it last? 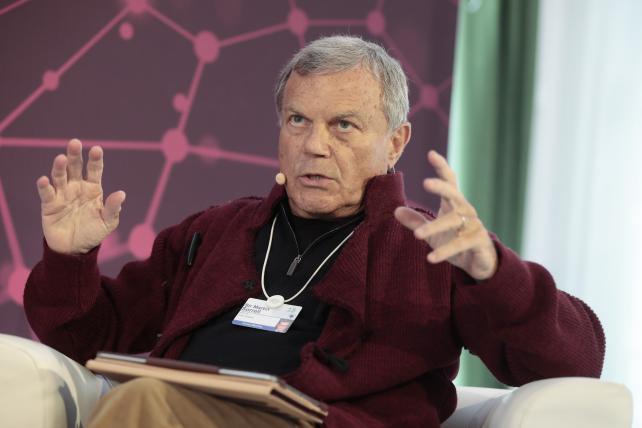 Whether you loved him or claimed you'd sooner lick the floor of an abattoir than work for him, Martin Sorrell's impact on the advertising industry is undeniable and inescapable. While he didn't invent the agency holding company model, he made it an unstoppable force, building the planet's largest ad agency company from an ownership stake he took in a British maker of baskets and household wares in 1985.

Along the way, Sorrell made friends and enemies (former Tempus chairman Chris Ingram reportedly said the bit about the abattoir floor; David Ogilvy has a famous quote about him you can Google), but he will forever be remembered for injecting a financial-first mentality into the agency world, the one who turned the industry from "Mad men" to "math men," some say.

"His legacy is he made advertising behave like a business and not like a bunch of capricious dilettantes, which is how it was looked at," says one WPP agency exec. And while that brought financial discipline, there was something lost, too: a diminishment of the role of individual agency leaders, whose big personalities once drove the industry.

"There is a reason why clients look at the big agencies as being virtually interchangeable across any holding company, because they all have lost what made them different and special," the executive said. It's why "Wieden & Kennedy sticks out," this person says, referring to the fiercely independent Portland-based agency. While W&K might not have access to the resources of a major holding company, they have a strong culture, and for some clients, "that is a trade they are willing to make."

Sorrell's attention to WPP — not just the business at a whole but into each of its units — was well-known in the industry, as was his ability to be in constant email contact with them.

"He didn't even micromanage — it was like nanomanagement across the group," says Tom Denford, co-founder of media consultancy ID Comms. "All of the component companies have lost a leader as well," because he was so involved in the agencies, client conversations and pitches.

'He put our business on the map'
"If you step back and look at what Martin Sorrell has built through determination, through intellect and through sheer force of personality, you have to give him a nod. You must," says Michael Kassan, chairman and CEO of Medialink.

"He put our business on the map," adds Jay Haines, founder of Grace Blue, an executive search firm that specializes in communications, advertising and media. Sorrell, he says, transformed the advertising and communications industry from a "glamorous but insignificant business to being a proper business in its own right." Haines added that Sorrell's departure will be a liberation of sorts for other senior leadership at WPP.

"Martin was such a forceful leader and everyone looked to him and everyone took his command — suddenly, he's no longer there," he says. He says this will open the door for big change within WPP. "It's a release in some way. They've had such strong leadership that has dictated their path — what will happen when that is no longer [the case]? I hope the opportunity is taken for real reinvention."

But through a series of acquisitions, Sorrell built what is today the world's largest agency company, with 2017 revenue of $19.7 billion and 134,413 employees. His empire-building began with the hostile takeover of J. Walter Thompson in 1987. Two years later WPP took over Ogilvy & Mather, earning Sorrell the nickname "the ogre of Madison Avenue." Other acquisitions followed, including Young & Rubicam and Grey. (See how he did it, step-by-step, here.)

"He changed the face of advertising," Cass says. "What he definitely did was bring a much more focused business, commercial approach to the subject than had been there before."

But of late, the business Sorrell built has been under extreme pressure, squeezed by cost-conscious clients and new competition from consultancies. And with WPP announcing Sorrell's exit on a Saturday night upon completing a probe into alleged misconduct, it's clear he is not going out on his own terms. WPP stated that the allegation did not involve amounts that were material, but did not offer details. Sorrell, in a parting email to employees, said, "I see that the current disruption we are experiencing is simply putting too much unnecessary pressure on the business," adding in the interest of clients and shareowners, "it is best for me to step aside."

In early March, WPP reported that long-term earnings growth would be as little as 5 percent, compared to previous projections of 15 percent, sending its stock price into a nosedive. "There's a real sense of shock and awe at what's happened to his business model," Alex DeGroote, media analyst at Cenkos Securities, told Bloomberg on March 1. "This is a stark reminder of the significant challenges WPP faces." On the earnings call, Sorrell said 2017 was "not a pretty year" for the company and blamed clients' zero-based budgeting, activist investors and private equity.

The naysayers
While the holding company model brought efficiencies, it still has critics.

"They really don't offer much benefit to clients," says Deb Giampoli, a former global director of agency relations for Kraft Foods and Mondelez who now runs a consulting firm specializing in agency searches and marketing training. "You don't get better collaboration among agencies of holding companies and sometimes you're expected to pay a fee for the holding company to lead the collaboration, which sort of defeats the purpose. And you don't get better people than you do if you choose agencies who are not members of the same holding company."

"The future success, or not, of WPP is more a function of how it and its agencies will evolve to meet the changing needs in the industry and less a function of who's running it," she adds.

ID Comms' Denford says he believes pressure from the board and shareholders to significantly change WPP's strategy began before share prices declined last year. "There has been significant pressure to have a clear strategy — on the basis that his conglomerate approach had worked but was not fit for purpose anymore," he says.

He says that though he understands Sorrell had been promoting the idea of "horizontality" internally, the structure of the business remained very siloed. "That meant delivering that horizontality was really impossible," he says. "They couldn't collaborate across the group… Sadly, he was a barrier to the future success of what he built."

Without Sorrell, "It's a bit of a vacuum."

He is credited with injecting business know-how into the agency world, but the model he built is under severe stress.