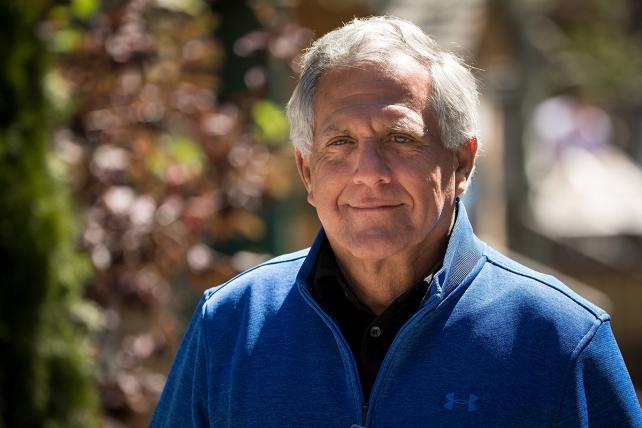 If you took a drink every time CBS CEO Leslie Moonves or Chief Operating Officer Joe Ianniello used the word "confident" during the eye network's earnings call on Thursday afternoon, you'd be somewhere between tipsy and black-out drunk.

The CEO struck his standard confident tone and spoke emphatically about the strength of CBS, even as the media titan faces a looming investigation into claims of sexual misconduct that could drastically affect the future of the company.

Analysts were warned at the top of the call that Moonves and Ianniello would only answer questions related to the quarterly results of the company. Analysts didn't test that promise, posing zero questions about the allegations from six women in a recent New Yorker article.

CBS's board of directors has selected Nancy Kestenbaum at the law firm Covington & Burling and Mary Jo White at Debevoise & Plimpton to conduct the investigation. But they have not suspended Moonves pending the results.

"Let me make a bold prediction that isn't that bold," Moonves said. Next year "CBS will finish No. 1 for the 11th consecutive year."

Moonves emphasized CBS's ability to make money on new forms of distribution, and he updated guidance on its streaming video platforms.

CBS now expects to hit eight million U.S. subscribers for CBS All Access and Showtime's streaming service by 2019, one year earlier than previously predicted. And Moonves said the platforms will hit 16 million users by 2022.

CBS will roll out a live streaming Entertainment Tonight OTT product in the fall.

Moonves also pointed to the prospect for new ad revenue from sports betting, saying "it's a category that has unbelievable upside."

During the TV upfronts, when networks look to secure a bulk of their ad commitments for the next season, Moonves said CBS secured increases in the price to reach 1,000 viewers in high-single to low-double digit percentages. Digital ad sales volume during the upfronts was up nearly 40%.

CBS said it wouldn't answer questions about the sexual misconduct allegations against CEO Leslie Moonves, and analysts didn't ask any.