Thursday Wake-Up Call: Five things we just learned about Facebook (such as, it temporarily broke Tinder) 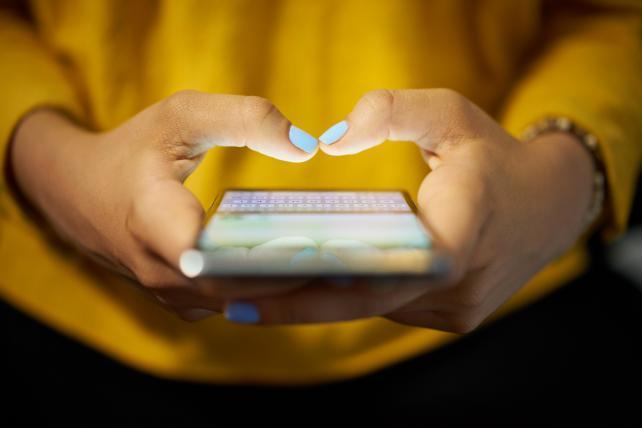 Welcome to Ad Age's Wake-Up Call, our daily roundup of advertising, marketing, media and digital news. What people are talking about today: It took two years, but WPP finally settled the sexual harassment lawsuit filed by JWT Chief Communications Officer Erin Johnson. As Ad Age's I-Hsien Sherwood writes, Johnson also resigned Wednesday, effective immediately. The suit alleged that Gustavo Martinez, then global CEO of JWT, made sexist, racist and anti-Semitic comments. (Need a refresher about what exactly he was accused of? Read this and this.) Details of the new agreement have not been disclosed, but The Wall Street Journal described the settlement as substantial. Johnson's suit predated the #MeToo movement that started toppling ad execs accused of bad behavior in recent months. Diet Madison Avenue, the anonymous Instagram account that has been calling out sexism and discrimination in the ad industry, wrote an open letter to Erin Johnson that read, in part, "Thank you for paving the way for others to stand up and speak out against sexual harassment, abuse and bullying."

By the way
News of the Johnson settlement came a day after WPP announced that its board was probing an as-yet unspecified allegation of "personal misconduct" against CEO Martin Sorrell, who transformed a manufacturer of wire baskets into the world's biggest advertising company. As Ad Age's Megan Graham writes, investment bank Liberium noted that Sorrell has denied the allegation and WPP has not suspended him, "so the way it is being handled does not suggest a major issue. One thing this may do is intensify talk about Sir Martin's successor at WPP, which has been an issue lurking in the background." Sorrell is 73 and has never said which exec might one day step in for him. "There's not any one person you point at and say, well, that's the obvious person," Pivotal Research analyst Brian Wieser told Graham.

Facebook, Facebook and more Facebook
Here's a rundown of Facebook news from the last 24 hours, in five bullet points:
Big: Facebook says data from as many as 87 million users may have been improperly shared with Cambridge Analytica, the data firm that worked on President Trump's 2016 election campaign. That's higher than the estimate of 50 million that news outlets including The New York Times have been running with.
Also big: Facebook acknowledged that most people's accounts have been likely targets of "scraping" by bad actors, meaning they could use your phone number or email address to find and scrape public profile information about you, Ad Age's Garett Sloane reports. Facebook also said it's overhauling its rules on data collection.
And then Facebook crashed Tinder: Facebook's new data privacy policies had a ripple effect that reportedly prevented many people from logging onto dating app Tinder. An editor at The Verge tweeted, "Facebook just broke Tinder. This is about to be America's loneliest Wednesday night in several years." New York magazine's Select All reported that Facebook said it was working with Tinder to fix the problem. Apparently things are OK now. Tinder tweeted that it's back in action.
Also, mark you calendars: CEO Mark Zuckerberg has never before testified before Congress, as Bloomberg News says, but that will change on April 11 when he speaks to the House Energy and Commerce Committee.
One more thing: Did you know Facebook Messenger has automated systems that scan the text and photos you send other people? Well it does, and Bloomberg has a report on that.

YouTube shooting
Most of the YouTube shooting suspect's web presence has been pulled offline since she opened fire at the company's California headquarters, injuring three people and taking her own life. But as Ad Age's Garett Sloane writes, a website still operative Wednesday afternoon that appeared to belong to Nasim Aghdam "reinforces reports that she was angry at the video giant's ad policies." She was a YouTube video maker, a vegan and an animal rights activist. As Sloane writes, Aghdam posted screenshots from her YouTube channel from two years ago, complaining about how little she was making from ads: "300,000 views is $0.10."
Watch: Aghdam and her unusual, sometimes eye-popping videos had a following in Iran, where she was reportedly born. The New York Times has excerpts of clips from a few of her videos, including one where she begins "to slowly strip off her clothes to reveal a pair of fake plastic breasts. 'Don't trust your eyes,' read a caption in English on the clip."

Word of the day: "Theybies," as in babies who are raised in a gender-neutral way by parents who don't let people know their kids' biological sex. Ad Age's Adrianne Pasquarelli writes that "as the trend gains ground, particularly with millennial parents, experts expect retail efforts aimed at these consumers to increase."

Six figures: Liberal group Allied Progress is making what it describes as a "six-figure ad buy" to denounce Sinclair Broadcast Group, according to CNN's Reliable Sources. Sinclair is under fire for asking newscasters at local stations across the U.S. to read a script echoing President Trump's views on the dangers of "fake news."

'Dear Sundar': Over 3,000 Google employees have signed a letter to CEO Sundar Pichai objecting to the company's involvement in a Pentagon program "that could be used to improve drone strike targeting," The New York Times reports. The letter says, "We believe that Google should not be in the business of war."

Header bidding: Google's Exchange Bidding just launched widely after two years of testing, but it's too hard to explain in one sentence, so you'll just have to read George Slefo's story in Ad Age.

300 fish decoys: The New York Times talked to R/GA's Bob Greenberg about his passion for outsider art. (Interesting factoid: The penthouse loft he owns with his wife, artist Corvova Lee, includes a "display of 300 colorful fish decoys," says The Times, which unfortunately didn't run a photo of that display.) He guest-curated the show "Bob Greenberg Selects" at the Cooper Hewitt, Smithsonian Design Museum, running through Sept. 9.

Listen: In the new episode of the Ad Lib podcast, Ad Age editor Brian Braiker talks to Warren St. John, CEO of Patch, the hyperlocal news company. And guess what? Patch has been profitable for 15 months.

Also, the latest updates on WPP's settlement with Erin Johnson and the WPP board's investigation into CEO Martin Sorrell.