See the agenda for Ad Age Next: A day and a half of insight into the future

September 20, 2018 08:00 PM
The stage features speakers from Alexis Ohanian to Bozoma Saint John, companies from Virgin Hyperloop to MedMen. Here's how it will unfold. 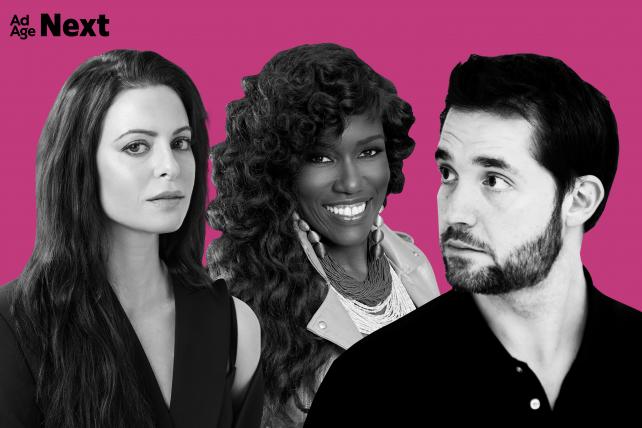 You know Ad Age Next, our biggest annual event, is slated to feature speakers from Alexis Ohanian to Bozoma Saint John, and companies from Virgin Hyperloop to MedMen. Now you can see exactly how it will unfold over a day and a half this November.

Jason Mars, CEO of Clinc, on the future of conversational AI

Randall Wilkinson, CEO and co-founder of The Wilkinson Group, on the future of food and his company's robotic Wilkinson Mini Bakery

Closing keynote: Sophia Amoruso on connections as the future of currency

Kass Dawson, global head of marketing at Softbank Robotics, on the future of human-robot interactions

Jordan Fisher of Standard Cognition on AI and cashierless stores

*Additional speakers and sessions to be announced

Next media tech
Amy Emmerich on the mission-driven, trust-building content of the future

Pras Michél on creating while black

Lagunitas Brewing Company Founder Tony Magee on the next buzz

Closing keynote: Bozoma Saint John on how individuals and businesses can stay ahead of disruption (or even drive it)

The stage features speakers from Alexis Ohanian to Bozoma Saint John, companies from Virgin Hyperloop to MedMen. Here's how it will unfold.