"My frustration with our industry is we're really good at having ideas," says TBWA's worldwide CEO. "We're really crap at scaling them." 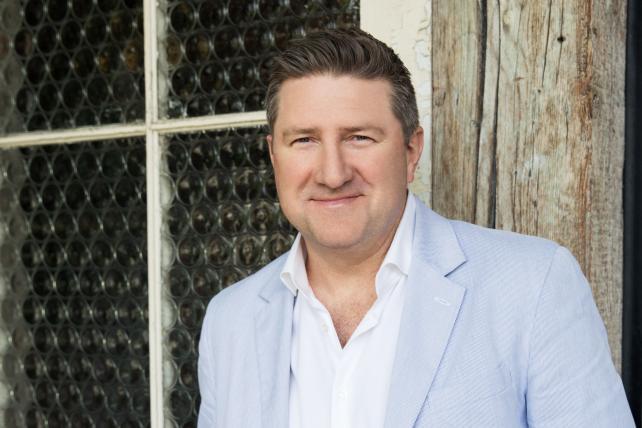 A giant of a former rugby player, Aussie ex-pat Troy Ruhanen joined TBWA as president and CEO four years ago after a stint driving cross-agency collaboration for Omnicom's largest clients. His tenure has been marked by consistent growth for TBWA at a time when clients are pulling back. A list of wins over the past year includes Hilton, Harvey Nichols and Imax — not to mention existing blue chippers like McDonald's and Apple. Last year also saw TBWA's acquisition of the buzzy UK agency Lucky Generals.

As outspoken as he is tall, Ruhanen joins the Ad Lib podcast today to discuss all of that and more — not only the current state of TBWA, but of agencies in general. He's bullish on his shop, which comes with the territory, but has some words of caution for everyone.

"What we need right now is more proof of the difference we can bring as an industry to our clients. My concern though is that, for some, they're using pricing as a strategy too much right now," he says. "It's very dangerous to get into a price war on service and product. If you start doing that you're lowering the value of the people you bring to the table, which lowers the intellectual value of what you bring as an industry."

He also isn't shy about taking shots at specific competitors. Notably in our interview he calls out the legacy of former WPP honcho Martin Sorrell, and Publicis CEO Arthur Sadoun, for his publicity tour around the company's internal personnel software, Marcel.

"I thought that, quite frankly, the Marcel thing was just pure hype. We need more substance in our industry right now to beat off all the competitive sets out there. And quite frankly I need Publicis to be healthy, WPP to be healthy, all my sister agencies to be healthy in order to give us a valid place in the future. I just thought it was bullshit," he says, adding that he considers Sadoun a friend.

"I'm really tired of the Instagram CEOs that are out saying we're at this event and promoting themselves. There's a lot of selfish CEOs right now. It's more about a PR wave than it is about building product."

On the other hand, Ruhanen, who also counts Nissan as a client, views Ford's recent decision to move on from WPP as a referendum on the holding company.

"Look at the health of his agency brands. They're not good. There were some really great brands there. Ogilvy was a formidable organization to go up against. And it's not healthy. Look at Y&R: That was a great brand in the 90s. Merging with VML? That's pretty sad. JWT is not what it was, if we're being dead straight. Grey obviously had a really good burst with Tor [Myhren, former worldwide chief creative officer] but it hasn't been the same since he left. Martin extracted the talent out of those organizations, put them into these false models and the talent doesn't want to work for them. They want to work for well-defined cultures."

Speaking of those "well-defined cultures," Ruhanen goes on to make a case for more flexible agency models and a great industrywide rebundling of agency services.

"Reintegration is going to be the thing that happens in the next two years. You're going to see a much greater drive. We've started that on a few accounts already," he says. "My frustration with our industry is we're really good at having ideas. We're really crap at scaling them. We just take too long to get going."

"My frustration with our industry is we're really good at having ideas," says TBWA's worldwide CEO. "We're really crap at scaling them."