July 23, 2018 03:00 AM
Lots of agencies grumble about procurement-led agency reviews, but it takes guts to take a stand, especially for a small shop. 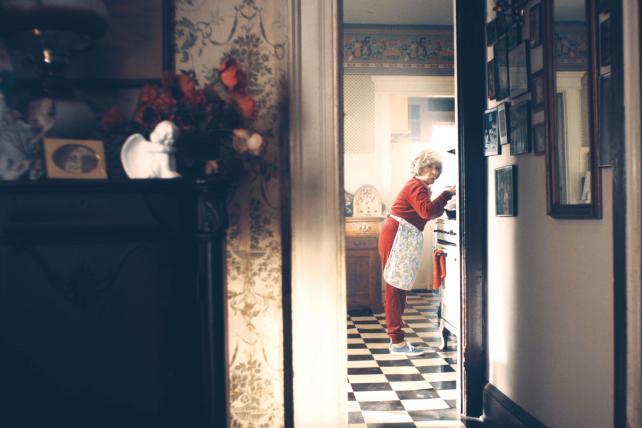 BSSP's campaign for Michael Angelo's Frozen Italian Meals was inspired by the grandmother of one of the agency's founders.
Credit: BBSP

Lots of agencies grumble about procurement-led agency reviews, but it takes guts to take a stand, especially for a small shop. That's what 115-person Butler, Shine, Stern & Partners did last year when it resigned the Mini automotive account over concerns about cost-cutting, ending a 12-year relationship.

"When you're an independent agency you can make decisions like that, as scary as those decisions may be," says BSSP President Patrick Kiss.

It paid off just six months later when the shop got back into the car business by scooping up the Mitsubishi account. It ended the year, it says, with a revenue increase.

BSSP is used to such feats. The 25-year-old agency, based in Sausalito, California, is often ahead of the curve. It used data analytics before data was cool. It built its own data management platform in 2010, following that with a demand-side platform to buy digital effectively. And the shop now handles digital media buying for several clients. In terms of its creative work, for Michael Angelo's Frozen Italian Meals, BSSP created a no-nonsense character inspired by the founders' Italian grandmother, Nonna Foti, using the tagline, "It tastes good to say no." The ads sparked a 10 percent sales hike for the brand, the agency says.

For Blue Shield of California, BSSP created several campaigns that utilized its creative and strategic muscles. This included an overhaul of the brand's identity with "Never Stop," an effort that positioned Blue Shield as being there for all members in sickness and health. The campaign, the shop says, sparked a 500 percent jump in website traffic and 40 percent more leads.

BSSP also influences the agency world beyond its walls. CEO Greg Stern late last year was named 4A's board chairman, marking the first time the group has been led by a leader from a small independent shop. And it's looking to the future in more ways than one: It counts some 50 kids born to couples who met at the agency.

Lots of agencies grumble about procurement-led agency reviews, but it takes guts to take a stand, especially for a small shop.