October 16, 2018 11:54 AM
Automaker sees 21 percent uptick in performance after applying technology to its digital ad buy, says it will accelerate plans with tech 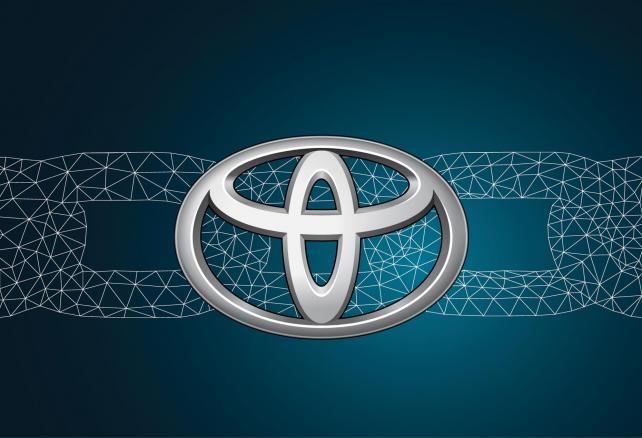 Toyota is accelerating its plans to use blockchain technology to root out fraud when buying digital ads.

The automaker recently piloted a campaign after inking a deal with blockchain analytics outfit Lucidity, with hopes of making sure its ad dollars weren't going to waste. The end result was a 21 percent uptick in visits to Toyota's website when compared to similar ad buys it made without Lucidity tech, says Nancy Inouye, media director at Toyota Motor North America. Now the company plans to extend its deal with Lucidity beyond the originally planned three-week test.

"We are in discussions to take it to the next step and [test] further with additional campaigns for a longer period of time," Inouye says. "We feel that if we go longer we would see stronger results."

Toyota's support for blockchain amounts to a vote of confidence in a technology that remains in its infancy, especially in the ad tech arena. Providers have made grand promises of both efficiency and transparency. The hurdle, however, is that up until now, there haven't been any real-world examples of the technology doing just that.

Blockchain is a database, or ledger, where transactions or other data points are recorded chronologically and available to all participating members. Inouye says the technology "allows advertisers greater transparency into what is going on in the programmatic supply chain. It gives us a clean set of data to analyze and optimize a campaign."

Toyota's agency of record, Saatchi & Saatchi, bought some 10 million ad impressions in the U.S. through AppNexus, a demand side platform that marketers use to buy digital ads programmatically. Lucidity in turn collected log-level data from vendors across the digital supply chain, including AppNexus, and plugged that information into its software to find discrepancies such as fraud, domain spoofing or bot traffic.

The company flagged publishers and apps that had a high level of impression and click discrepancy—an indicator of fraud such as bot infiltration—allowing Toyota to shift its ad dollars to better performing websites where fraud was less prevalent, according to Lucidity.

Inouye says blockchain technology has been on Toyota's mind for some time, primarily because it, like many brands, desires greater transparency when making digital ad buys. "Fraud and viewability is a huge, huge problem in the marketing space right now," she says. While the automaker's ad vendors "do a very good job for us," Toyota "wanted to go deeper into the programmatic space in particular because it is an area [where] quite frankly, we don't have transparency and visibility," Inouye adds.

Brands such as Toyota work with a litany of vendors whenever running digital campaigns, but gaining any sort of understanding as to what's happening behind the scenes is nearly impossible, mainly because capturing data from disparate sources — many of which are often unwilling to share — and then making sense of it is cumbersome and time consuming. The picture gets even murkier when the so-called walled gardens of Google and Facebook are added to the equation.

Lucidity's tech, however, allows all members in the supply chain to esentially vote—in real time—whether any given impression is valid, Nikao Yang, chief operating officer at Lucidity, says. If two out of five vendors, for example, say an impression is invalid, then it will be flagged by Lucidity's blockchain tech as being suspicious. Lucidity works alongside fraud, viewability and brand safety vendors, the company says.

Automaker sees 21 percent uptick in performance after applying technology to its digital ad buy, says it will accelerate plans with tech