"There's a huge opportunity for someone to create a digital town square for every community in America," says Patch CEO Warren St. John. 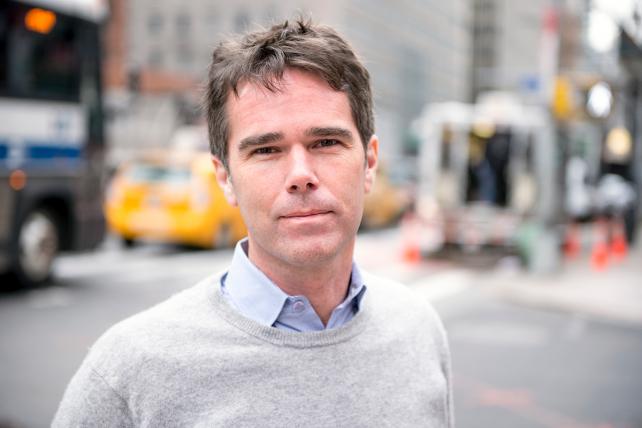 Hyperlocal news has had a rough, ahem, patch in recent years. Undone by Craigslist, Facebook and Google, among others, local news sites have struggled to stay afloat. The end of 2017 alone saw the shuttering of both Gothamist and DNAInfo, taken down by the forces of digital (though public radio stations in New York, Washington, D.C., and Southern California have teamed up to acquire those assets).

So it comes as a surprise that hyperlocal news company Patch, once floundering under AOL, is not only still in existence, but actually doing pretty well. Acquired by Hale Global in 2014, Patch claims to be on a winning streak—profitable for the past 15 months and serving some 1,200 communities (up from 900 four years ago) with a lean but growing staff.

"There's a huge opportunity for someone to create a digital town square for every community in America—a place for people to gather [like] where people go to Facebook for your friends or Instagram to see images or Twitter for the news or a chronological feed of your friends' rants," says Patch CEO Warren St. John. "There's an opportunity for someone to be the digital platform for local content."

To get here (and weed out less-than-lucrative relationships), Patch began requiring that its advertisers spend at least $4,000—and that smaller advertisers set up self-serve platforms. Locals can also pay to promote events in their area.

St. John joins the Ad Lib podcast this week to tell us what's going on at Patch.

"We have a couple advantages," he says. "The massive amount of money AOL invested in Patch to begin with led to strong brand recognition in communities around the country." Add to that a substantial email list, a single platform and a centralized content management system that allows for efficiency, and Patch has managed to gain some traction, says St. John.

Among his many accomplishments as a writer and reporter for The New York Times, New Yorker, Slate and others, St. John also happens to be the guy who popularized the term "metrosexual" in 2005. The author of such books as the best selling "Rammer Jammer Yellow Hammer," about the phenomenon of sports fandom, St. John shares what he's been up to at Patch, how he hopes to make hyperlocal work where others have stumbled and lessons learned from becoming a CEO after so many years as a reporter.

"There's a huge opportunity for someone to create a digital town square for every community in America," says Patch CEO Warren St. John.