Diet marketers are optimistic, but economy could weigh

In economic downturns, people tend to spend less on dieting 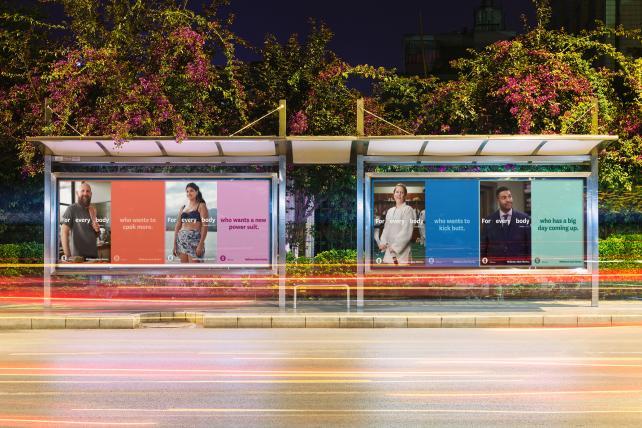 Diet plan marketers are eager to kick off 2019, though there could be added pressure on the category if financial concerns weigh on people's minds.

Each winter, the weight loss industry steps up its ad plans in time for New Year's resolution season. Brands including WW, Nutrisystem and Jenny Craig have made some tweaks to their marketing heading into 2019. Atkins, which saw sales jump in 2018 thanks in large part to a campaign featuring Rob Lowe, is trying to keep the momentum going by taking a dig at competing protein bars that contain more sugar than its bars.

For plans with recurring costs—like the requirement of buying certain foods, paying for meetings, or using an app—the current economic climate and concerns about a potential recession may put a damper on the most important time of the year.

"Sign-ups for costly structured weight loss programs drop as people get laid off and their income goes down. They don't diet at all or they use do-it-yourself methods that are very low cost," said John LaRosa, research director at Marketdata Enterprises, a market research company with a specialty tracking the weight loss market.

An economic downturn would likely benefit Atkins. In one of its new ads, Lowe promotes the brand and utters the line "no memberships, no meetings, no fees."

The leader in the category is WW, formerly Weight Watchers, whose ads feature its two new brand ambassadors, Kate Hudson and Robbie Williams, along with investor and board member Oprah Winfrey. WW is working with Anomaly, which it hired in 2018, and is going with a "for every body" approach that features the celebrities and some of its unknown members.

Nutrisystem had to rework its marketing after some earlier ads failed to bring in more new customers. "This is a brand evolution rather than a revolution," says Nutrisystem Inc. CMO Keira Krausz.

Longtime endorser Marie Osmond will still appear in some Nutrisystem spots, and there are plans to use social influencers in places such as Instagram. It will increase spending on digital more than the increases elsewhere, such as TV and print. The new ads come from Go Convergence and Liquid Interactive.

The campaign breaks soon after Nutrisystem, which also owns the South Beach Diet, said it plans to be acquired by Tivity Health Inc., whose brands include SilverSneakers, a fitness program geared for older adults. In a statement, Nutrisystem CEO Dawn Zier said being acquired by a health and wellness company is "tremendously exciting in terms of the potential to reach new audiences in new ways."

Jenny Craig CEO Monty Sharma talks excitedly about success with plans meant to match customers' circadian rhythms. The program, called Rapid Results, directs users to eat more of their allotted calories in the morning, when their metabolism is higher, and fewer calories at night. "Clients are losing more weight in the same period," Sharma says. DNA testing for further customized plans is rolling out nationwide in 2019 after some tests in 2018.

As far as the economy goes, Sharma said his company has seen that "even in difficult times, people dealing with weight loss issues are no less willing to prioritize their health." There have been many examples of businesses in the industry growing through financially difficult times, he added.

Jenny Craig is again using real-life customers, who were chosen in a contest, in its ads. Jenny Craig's ads come from Denver agency LRXD.

Among the traditional weight loss plans, LaRosa sees the market leader making the right moves. "I think Weight Watchers is probably in the strongest position," says LaRosa, referring to WW as many still do, with its former moniker, pointing to its roster of spokespeople and its international footprint.

Atkins is tightening its focus on reaching "self-directed low carbers," as CMO Scott Parker calls those people interested in weight loss on their own who are choosing to eat fewer carbohydrates.

Without mentioning competing products by name, Atkins takes aim at products that are high in sugar, with the tagline "choose your bar wisely."

Atkins' ads come from Acme Idea. Lowe is the sole celebrity in its spots these days. "Right now, frankly, Rob is working so well for us I think we're going to focus on making sure that we're giving that campaign enough power," said Parker.

The diet industry gears up for the first quarter, when plenty of people say they want to lose weight.