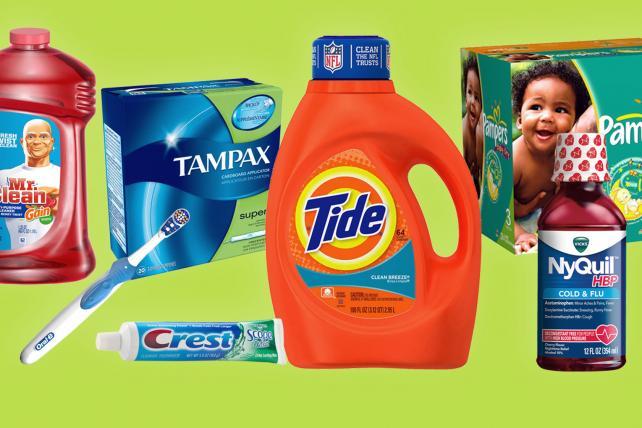 Procter & Gamble Co. narrowly missed Wall Street forecasts for top-line growth, but it's stock was still up slightly in midday trading, suggesting investors were relieved about the company signaling it will start raising prices after a year of cutting them.

Whether agencies should be relieved is another matter. P&G's overall reported ad spending appears to be coming in flat for the just-concluded full fiscal year, but cuts to agency, production and other marketing-services costs will continue.

Sales were light, prices were slashed

Overall sales for the quarter were $16.5 billion, up 1 percent organically, just short of where P&G could have rounded up to its target 2 percent. Unit volume was up 3 percent, as price cuts came primarily in the form of trade promotion. Commodity and transportation costs were up more than expected, yet P&G still hit its earnings target. So guess where the savings came from? Read on.

On a conference call, Chairman-CEO David Taylor said P&G has cut agency and production costs by $1 billion annually over the past four years. It's expected that another $200 million will be cut over the next two fiscal years to meet prior stated targets, though there's no guarantee P&G won't exceed that goal.

P&G announced price hikes coming for Pampers, Bounty and Charmin – suggesting a price war being waged amid rising costs this year may draw to a close. But there's limited relief. The price hikes won't start taking effect until October. And P&G's results show price battles in such areas as toothpaste and razors continue.

While P&G continues to find ways to spend media dollars smarter -- including handling more media buying in house and enforcing third-party measurement on digital players – it's still spending more. On a media call, Chief Financial Officer Jon Moeller said advertising spending was up 4 percent in the fourth quarter despite agency fee cuts. For the year, he said overall ad spending was about flat, which would put it at around last year's $7.1 billion globally.

A reason to feel sorry for P&G

It's hard to work up much sympathy for a global packaged-goods behemoth with $65 billion in global sales and the world's biggest ad budget. But RBC Capital analyst Nik Modi pointed out in a question that while P&G is working on building or maintaining margins, it's up against small competitors that make no profit whatsoever yet have access to a seemingly limitless supply of venture capital. That would particularly be true in P&G's most profitable business, razors, where it's been losing ground to the likes of Harry's, which has yet to turn a profit but recently expanded into Walmart on the strength of a new $112 million capital infusion. It's a replay of the story that has played out in media and e-commerce as investors chased growth with little regard for profitability, and incumbents suffered.

"What you say is very real," Taylor said to Modi. "And the harsh reality is that there are some people coming into categories that are aggressively spending. What we're choosing to do is to make sure we're being more competitive and protecting our businesses."

P&G sales fell a little short, but price hikes soothed investors. No reason for agencies to feel safe though.