Agency Brief: Lifestyles of the rich and the famous 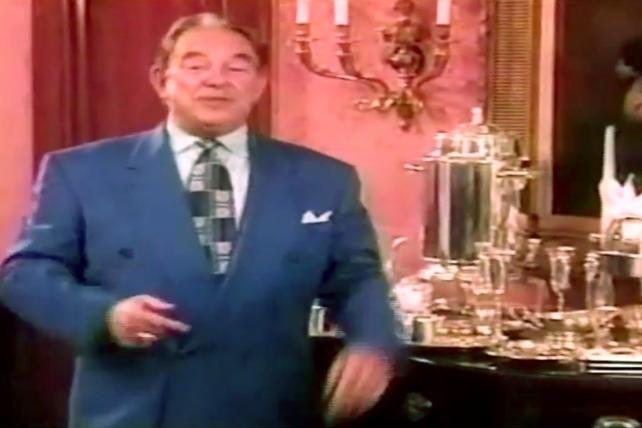 Seventy six-year old Leach, who was a celebrity reporter and hosted the TV series "Lifestyles of the Rich and Famous," had reportedly been hospitalized late last year for a stroke. Leach's journalism career included stints at the Daily Mail and the New York Daily News, People and Ladies Home Journal, eventually becoming a top editor for the Star, according to Variety. He eventually launched Entertainment Tonight in syndication.

But Leach also starred in a number of commercials, from voicing Bud Light's dog mascot "Spuds MacKenzie" to twists on his "Lifestyles" narration for marketers like Meineke. Here are a few of Leach's spots:

On that very rich and very famous note, I'm headed to the Hamptons this weekend for the Ad Age House Hamptons event, where we'll be chatting about the Internet of Things while while wearing ascots and polishing our Cannes Lions, or whatever it is you do up there.

Enjoy one of your last remaining summer weekends, and see you next week.

Smoothie King Franchises has named Omnicom Group-owned Rodgers Townsend as its creative agency of record after a review led by Dallas-based Mitchell & McCue. The smoothie franchise company, which has nearly 1,000 locations, was looking for a partner to relaunch its brand as it has "reimagined" its stores and refocused its menu around "Cleaner Blending" (basically, getting rid of added sugar and all the rest of that bad stuff). The St. Louis, Missouri-based agency is also impressive with smoothie puns: "[Rodgers Townsend CEO Andrew Dauska] and I are exceedingly proud to be leading a hungry, talented team into a future ripe with possibilities," Mike McCormick, Chief Creative Officer at Rodgers Townsend, said in a statement.

Cannes you believe it's already been two months since we were in France?

Cannes Lions this week released a 2018 global creativity report, an analysis and rankings from the 2018 awards. A few tidbits: Jung von Matt Hamburg was named No. 1 on the list of Top 20 Independent Agencies, replacing Droga5 New York, and Mars kept its place as the most awarded client. Find the rest of the report here.

Full-service agency LO:LA has hired Dave Scott as a creative director. He was previously a senior VP and group creative director at Rapp, Los Angeles, where he formerly led creative on the national Toyota business.

Leo Mamorsky is returning as managing director and CMO of Maryland Lottery & Gaming. The executive spent more than 30 years with DDB New York and was most recently senior VP and CMO for New York Empire State Development. While at DDB, he worked with the New York Lottery for 22 years. Hey, you never know ... where you are going to end up.

There is no such thing as "an internal video."