Or, how I learned to stop worrying and love video again 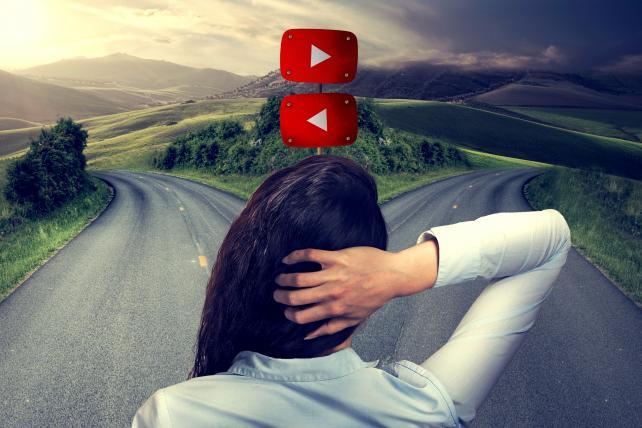 This year put a definitive nail in the coffin of the "pivot to video" strategy.

By shifting away from text-based content to capitalize on the popularity of video between 2015-17, publishers and marketers were promised they could supposedly deliver their message more effectively, reach more eyeballs, and (most importantly) earn more revenue.

The pivot to video turned out to be a "pivot to declining pageviews": "According to comScore, publishers that pivoted to video this summer have seen at least a 60 percent drop in their traffic in August compared to the same period from a year ago."

The single biggest reason why the 'pivot to video' failed was, ironically, the same thing that spurred it in the first place: Leaning too hard on narrow marketing metrics to drive decision-making.

With Facebook and Google together capturing nearly 90 percent of all digital ad growth, the pivot was part of an effort to game the algorithms that power the platform.

For two years starting in 2015, Facebook over-inflated video views on its platform by 60 to 80 percent to entice publishers and advertisers to the platform. The use of metrics wasn't at fault here -- the mistake was how marketers and publishers placed blind trust in Facebook's data.

With publishers in full retreat after pulling in scanty revenue at best, the pivot to video has died just as quickly as it was born.

But you shouldn't use this as a excuse to never try your hand at video content. Video is still a lucrative channel when done right -- IAB reported that video ad revenue in 2017 grew 36 percent, to $5.2 billion.

Coming from a journalism background, I've always sought to communicate my ideas to as wide an audience as possible. But it's also impossible to deny that we have moved from a text-based society to an image-based society. High-quality video can communicate concepts in a way that static text just can't.

I knew next to nothing about video production when I started my own channel, but scriptwriting proved easier than expected. The best practices for writing video scripts and regular essays are remarkably similar: Consider the ultimate thesis you're going to make, build out individual points that support your argument, then tie it together with a compelling narrative.

If you can write a 750-word piece of content, you've already got what it takes to write an effective video script.

For my first video, I had planned for on-camera narration to comprise the bulk of the footage. But after some tests, I realized that this approach requires a lot of work to achieve a halfway decent appearance.

Instead, I decided my first project would be a mix of screencaptured video, archival news footage, and related images. I booted up my Macbook, fired up iMovie for the first time, and started plugging away.

This is the first -- and perhaps most important -- part of the video-creation process: Consider your objectives, then consider the right kind of video that will help you meet them.

It's also important that your voiceover is high-quality. You don't need to splurge on an expensive condenser microphone, but you should pay a few bucks for a discrete USB microphone. Then, you can use free audio recording software like Audacity to record, edit, and apply minor post-production.

The last variable in this equation is to familiarize yourself with your editing software of choice. There are no shortcuts here: You need to take the time to learn how to use these programs.

If I can do it, anyone can

In the space of a little more than two years, I've gone from knowing nothing about multimedia production to being able to comfortably produce content regularly. As the old quote goes: "We are what we repeatedly do. Excellence, then, is not an act but a habit."

I've found that the biggest hurdle is consistency -- it takes serious discipline to stick to a schedule. But as long as you continue to produce quality content on a weekly, biweekly, or even monthly basis, you'll become part of your audience's regular routine, and they'll keep coming back for more.

Michael Saba is a content marketing writer at CallRail

Video is still a lucrative channel when done right.