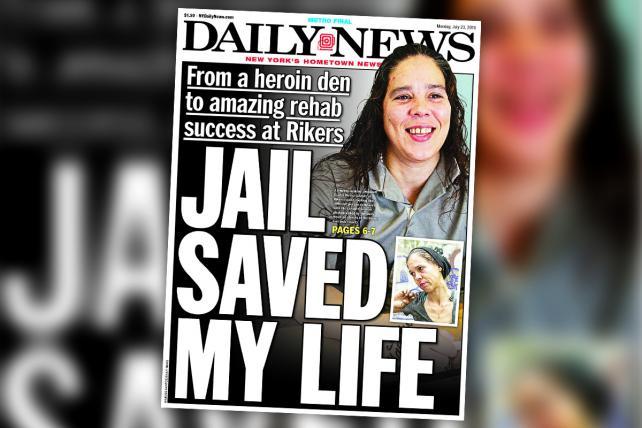 Today is yet another grim day for journalism. Tronc, the owner of the New York Daily News, is slashing roughly half of the paper's editorial staff. Editor-in-chief Jim Rich is among those out the door—but others are apparently nervously awaiting word on their near futures in the wake of an announcement of "restructuring."

A corporate email to Daily News staffers sent out this morning reads, in part,

We are fundamentally restructuring the Daily News. ... We are reducing today the size of the editorial team by approximately 50 percent and re-focusing much of our talent on breaking news—especially in areas of crime, civil justice and public responsibility. ... The decisions being announced today reflect the realities of our business and the need to adapt an ever-changing media environment. They are not a reflection on the significant talent that is leaving today. Let there be no doubt: these colleagues are highly valued and will be missed.

He'll be replaced by Robert York, who's coming over from The Morning Call, Tronc's paper in Allentown, Pennsylvania.

A "restructuring"—massive or otherwise—has been expected since Tronc bought the money-losing Daily News for $1 and the assumption of various liabilities last September.

In March, Tronc slashed jobs at its Chicago Tribune. And in May, Keith Kelly, the media columnist at the rival New York Post, went with "Daily News faces more job cuts as Tronc buys Virginia paper" as the headline of an article that detailed incremental cuts at the News that had already happened by that point.

On its Twitter feed this morning, the Daily News has retweeted a couple of tweets from Josh Greenman, its opinion page editor: