February 01, 2018 05:30 AM
Wendy's and Amazon have new Super Bowl ads out. People are looking less at Facebook. President Trump just talked about the time Melania was in an Aflac ad. 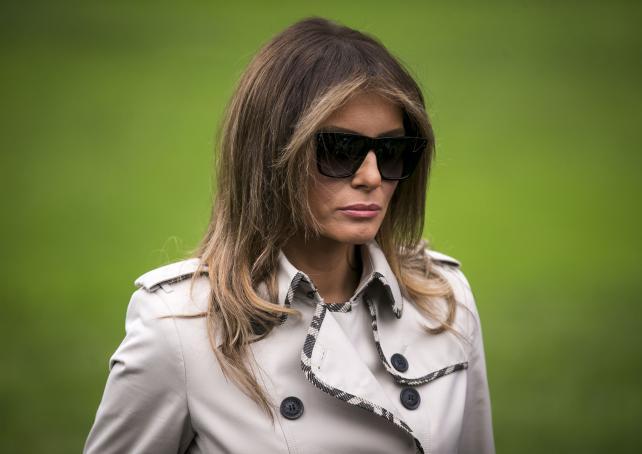 What people are talking about today
It's three days to Super Bowl Sunday. Wendy's has a snarky-funny Super Bowl spot trashing McDonald's for using frozen beef. And Cardi B, Gordon Ramsay, Rebel Wilson and Sir Anthony Hopkins botch their gigs replacing voice assistant Alexa in Amazon's 90-second spot. (Ramsey gets bleeped, and Hopkins does his signature charming-yet-creepy thing.) Click here to get Super Bowl updates from Ad Age. And here's where we've put together all the 2018 Super Bowl ads out so far.

More on the Super Bowl: Justin Timberlake is doing the Pepsi Super Bowl LII Halftime Show and after 2004's famous "wardrobe malfunction," the Parents Television Council seems a tad concerned about what he's got planned. "We ask you to keep the halftime show friendly and safe for the children watching," it says. Read the full letter here.

50 million hours
Facebook's recent news feed changes are having an impact, already. As Ad Age's Garett Sloane writes, "Mark Zuckerberg said that people are devoting 50 million fewer hours a day to the social network, which comes out to two minutes per person on average." Facebook has been trying to make its news feed more "meaningful," with more posts from friends and family, and less of what it considers low-quality viral video. Facebook had predicted the changes would affect how much time people spend on the platform. For its ad revenues, though, there could actually be benefits. Sloane writes:

"Advertisers will likely double down on buying ads, too, since it will be more difficult to ensure a post gets seen outside of paying for it. That's the message Facebook is delivering to brands, right now, according to advertisers."

Here's another thing to keep in mind: During a results call, Facebook said the average price per ad increased 43 percent in the quarter. You read that right: 43 percent.

Also: Farhad Manjoo's new New York Times column is worth reading. He says online advertising is "the driving force behind much of the chaos and disrepute online." And he calls the advertising business "the central villain of the internet."

Throwback Thursday
All eyes are on First Lady Melania Trump, who turned up at the State of the Union address separately from her husband. It was her first big public appearance since the Stormy Daniels scandal broke, and it sparked a million questions. Like, was there some kind of symbolism in her white pantsuit?

But never mind all that. During a meeting Wednesday with U.S. workers, including one from insurer Aflac, the president reminisced about that time his wife starred in an ad with the Aflac duck mascot. It was back in 2005 when they were newlyweds (and the year before he allegedly met Daniels). According to the Columbus Ledger-Enquirer, at the meeting Trump was given some socks bearing the Aflac duck, and he mentioned that Aflac's chairman "actually a long time ago hired my wife to do a big commercial, an Aflac commercial, and I think it was a successful commercial, too."

A few news outlets resurfaced the ad, and we have it here: The black-and-white spot features a mad scientist, the now-first lady and the Aflac duck. No spoilers, but let's just say a Frankenstein-like experiment goes wrong.

Cheap & cheerful: Struggling H&M is trying something new: a bargain-basement type outlet called "Afound." The first will open in Sweden this year, Quartz says, adding, "H&M's move is somewhat unusual in that H&M, itself a fashion brand, will be selling clothes from other labels."

"Disrespectful to chickens": The most-complained-about ad in the U.K. last year was a KFC ad by Mother London that featured a chicken dancing to DMX's "X Gon' Give It to Ya," according to the Advertising Standards Authority (ASA) annual list, as reported by The Guardian. The Guardian says people complained to the ASA that the ad was "disrespectful to chickens and distressing for vegetarians, vegans and children".

5 percent: Pandora, the streaming service, is laying off 5 percent of its workforce "as it switches to new services automating some of its advertising and marketing," TechCrunch reports.

Interesting: YouTube TV signed a deal for exclusive rights to games with a new Major League Soccer team in L.A., called the Los Angeles Football Club, Variety says. The report says it's "the first time a streaming service of any kind has made such a deal with a U.S. pro sports team instead of a TV alternative." The team's owners include Magic Johnson, Will Ferrell and Peter Guber.

Number of the day: Twitter has let 1.4 million people know they saw propaganda from Russian trolls during the 2016 U.S. presidential election, Recode reports.

Creativity pick of the day: Nike Korea released a rap video, and it's riveting. It's by Wieden & Kennedy Tokyo, and is a collaboration with rapper Jay Park. It features unusual feats of athleticism in a wintry, snowy Seoul–just in time for the 2018 Winter Olympics. Watch it here.