Financial Times says it's making bank off its newsletter, Due Diligence

February 08, 2019 12:00 PM
The publications 2-year-old Due Diligence newsletter sold out its entire ad inventory within just a few months, and is now holding exclusive events for members. 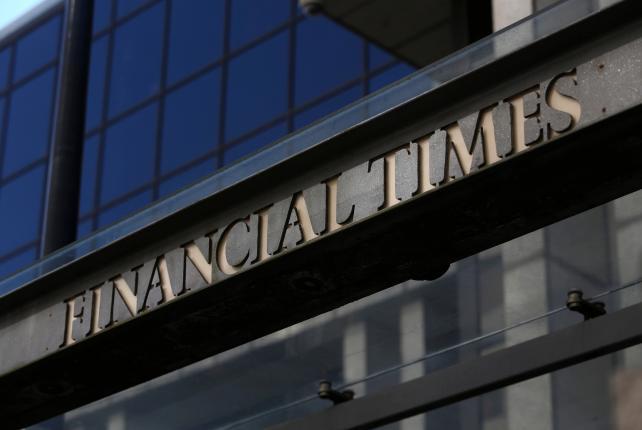 The Financial Times says that it's growing its paid subscriber base and ad revenue thanks to Due Diligence, the publication's two-year-old newsletter.

Due Diligence has more than 30,000 subscribers and, during its first year in 2018, sold its entire ad inventory within several months after launch, according to FT. Due Diligence 2019 ad revenue, it adds, is already surpassing last year by 30 percent. It declined to share specifics.

Now, the publication is adding video to the newsletter, and expanding into members-only forums (the Due Diligence Forum). One will be held in London and the other, announced Friday, in New York. Those interested in attending must have a premium membership.

Arash Massoudi, corporate finance and deals editor at the Financial Times, says the newsletter takes top stories from areas such as private equity or M&A, but goes beyond the headlines with additional insight from reporters in a tone that differs from the publication's all-business style.

"The FT style is agnostic to how you feel, but we're trying to be your friend," Massoudi says. "We want to tell you what feels right and wrong in a way so it's like your friend is talking to you."

The company's most recent newsletter, for example, shows a GIF of two CEOs—SunTrust's Bill Rogers and BB&T's Kelly King—awkwardly fist bumping each other following reports that BB&T would acquire SunTrust in a $28 billion deal, something readers would likely not see on FT proper.

"Certain things are working," Massoudi says. "Readers seem to like the reporting process, like they are on the journey, and we tell them how the story came together for big scoops." With Due Diligence, "they are hearing from the people on why and how it happened."

James Fontanella-Khan, U.S. corporate finance and deals editor at FT, came up with idea of Due Diligence with Massoudi as a way to deepen FT's relationship with its subscribers, who pay some $585 for premium access. "Our goal is to amplify our offering and give our readers something useful to make them proud to be part of the FT family," Fontanella-Khan says.

"In many ways it's the one stop shop for all the M&A, corporate finance news you want," he adds. "There wasn't a single home for all that news … our competition wasn't offering that and our sources said they would appreciate something easy in their inbox."

The company's forthcoming Due Diligence Forum in London is slated for March 26; the New York event will be announced later this year.

CORRECTION: An earlier version of this article reported that JP Morgan, Finsbury and Freshfield were sponsoring the Due Diligence forum. However, sponsors have yet to be announced. Additionally, the cost of premium access is $585, not $780 as originally reported.

The Due Diligence newsletter sold out its entire ad inventory within just a few months, and is now evolving into an events business