February 06, 2019 02:00 AM
What marketers need to know about the sports gambling landscape as states flirt with legalization. 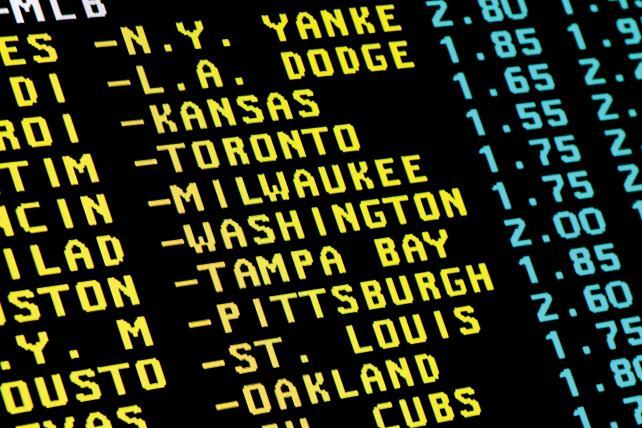 New York is on the threshold of legalizing sports gambling, and while it likely will precipitate a rush for legislatures to do likewise throughout the Northeast and Mid-Atlantic, the first draft of the proposal seems to have put the kibosh on mobile and in-game wagering.

The New York State Gaming Commission's 33-page proposal to authorize sports betting was released on Jan. 28, and while many see nothing but an upside in mobile wagering, that's not on the table. The commission has instead presented the state with a rather conservative plan that would limit the development of sportsbooks to four upstate casinos.

But for the relatively booming metropolis of Schenectady, New York, the casinos are located in tiny, obscure towns. Among these are Nichols, New York, which rests in a hard bend of the Susquehanna River at the Pennsylvania border, and Waterloo, New York, a village of 5,000 in Seneca County. In other words, New York City gambling enthusiasts will be placing their (legal) wagers in New Jersey, at least for the time being.

A close read of the proposed rules reveals that New York is wading gingerly into the sports gambling pool. In keeping with a recommendation that sports wagers "remain within the scope of activities the legislature authorized," the proposal calls for all gambling to be limited to in-person wagers placed at the four brick-and-mortar locations.

That leaves out the sort of mobile and online opportunities and app development that would allow for dynamic, in-game wagering.

While this throws cold water on the prospects of app developers and upstart leagues like the Alliance of American Football, the legalization of location-based sports wagering continues apace. By year's end, as many as 15 states are expected to have operational sportsbooks up and running.

As the legitimization of gambling spreads, expect it to test the mettle of network sales execs. A torrent of betting dollars, much of it related to advertising and sponsorships, will pour into the coffers of sports rights holders and agencies, likely clogging up ad inventory. (Witness the relentlessness with which DraftKings and FanDuel scooped up national TV inventory during the 2015 NFL season.) And as new sportsbooks begin setting up shop from New Jersey to New Mexico, betting parlors will also be looking to claw out market share.

In the near term, however, expect this to be a local phenomenon.

"National ad buys [just] aren't going to be on the table," says one TV sales executive, who declined to use his name due to a company-mandated quiet period. "You're only looking at a small number of states where they've been given the go-ahead, so a big national investment is not going to be efficient."

It's likely that the first wave of sportsbook TV advertising will be limited to regional sports networks in the handful of states already taking advantage of the Supreme Court's decision to strike down the Professional and Amateur Sports Protection Act.

As for content, look eventually for these watchwords: social, fun, convenient, and—with the added luxury of being able to make a bet from anywhere—autonomy.

Ads and the law

But before creative directors start ginning up campaigns, consider this: Accepting advertising for gambling services may run afoul of the law.

As much as the demise of PASPA seems to have eliminated a broad restriction on advertising sports betting, the invalidation of the act was framed by the court as a state's rights issue. This will almost certainly set the stage for additional judicial and regulatory hair-splitting. For example, it remains unclear whether a station that operates in a state where sports gambling remains illegal may accept advertising from a sportsbook in an adjacent state. Two Supreme Court rulings from the 1990s seem to contradict each other on that score, so a more definitive answer may only be settled on after further judicial review.

Stations that run afoul of ad regulations may face fines levied by the Federal Communications Commission or be censured by the Department of Justice. In 2003, Deputy Assistant Attorney General John Malcolm informed the National Association of Broadcasters that accepting ad money for offshore sportsbook and internet gambling operations was tantamount to running ads for "illegal narcotics sales, prostitution, child pornography or other prohibited activities."

Look for networks to adopt the same sort of restrictions on sports gambling advertising that they have in place for hard liquor and other "vices."

One form of advertising already more visible is the PSA. When New Jersey opened its first brick-and-mortar sportsbooks, for instance, ads for the New York Council on Problem Gambling began appearing on Twitter timelines east of the Hudson River. In the U.K., where a 2018 Gambling Commission study says one in seven children ages 11–16 gamble regularly and that the gambling industry accounts for 8 percent of all ad spend, a barrage of PSAs and an ongoing media investigation have led to a voluntary removal of certain spots during live sports broadcasts. But digital media seems more than happy to step in.

Closer to home, of the seven states that launched casino sportsbook operations in 2018, only New Jersey has given the all-clear to online/app-based wagers. (Pennsylvania is expected to follow suit sometime this year.) Online sports wagering has proven so popular in the Garden State that by October of last year, or just three months after digital sports gambling was legitimized, apps accounted for 76 percent of all revenue generated by the eight active retail sportsbooks. The remaining 24 percent of Jersey sports gambling revenue that same month was produced by way of bets placed at the brick-and-mortar casino books.

What marketers need to know about the sports gambling landscape as states flirt with legalization.