Oscar Mayer and Kraft aren't what they used to be. Plus, Nike and YouTube do damage control: Friday Wake-Up Call 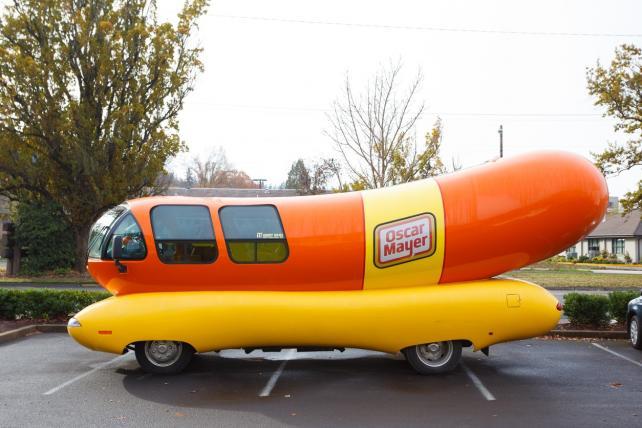 What people are talking about today
If you need more proof that this is a tough moment for time-honored consumer brands, look at Kraft Heinz: It just signaled that its trademarks for Kraft and Oscar Mayer aren't as valuable as they once were. As Ad Age's Jessica Wohl writes, the company took a massive $15.4 billion charge to write down the value of assets, including those famous trademarks. (In other bad news, it also disclosed an U.S. Securities and Exchange subpoena related to its accounting.) Wohl writes:

"Kraft Heinz has plenty of household names, some of which sell north of $1 billion in products per year. But the staples it sells, such as Kraft cheese and Oscar Mayer deli meats, are being attacked by a mix of upstart brands and store-branded products that appeal to updated tastes and value-conscious shoppers."

"Just Blew It"
Some PR crises leak out in dribs and drabs, and others explode. The biggest star in college basketball, Duke's Zion Williamson, was wearing Nikes during a high-profile game when his PG 2.5 shoe burst apart -- a moment broadcast live on national TV and replayed endlessly online. Williamson tumbled, sprained his knee, and sprawled on the court with his busted shoe exposing his white sock. Nike's response was careful and brief. "We are obviously concerned and want to wish Zion a speedy recovery," Nike said by email, as relayed by Bloomberg News. "While this is an isolated occurrence, we are working to identify the issue."

Duke coach Mike Krzyzewski described the injury as mild. Sports Illustrated writes that "in the unlikely event that Williamson's injury is more serious than Krzyzewski implies, Williamson could explore the possibility of suing Nike." The magazine also posted a cheesy fake commercial in honor of the busted shoe, with the tagline "Just Blew It."

Memo to Madison Avenue
YouTube is in damage control mode, "putting executives on an emergency call with top marketers and agencies, and sending a memo to Madison Avenue to let advertisers know it's working on a fix," Ad Age's Garett Sloane writes. Part of the issue, exposed recently by a vlogger, is that pedophiles have been leaving creepy comments on videos posted by children. AT&T is the latest brand to pause advertising on Google's video platform; Disney, Hasbro and Nestle reportedly did so already. "Until Google can protect our brand from offensive content of any kind, we are removing all advertising from YouTube," AT&T says.

Meanwhile at Facebook: Facebook has promised (several times) to clean up its ad targeting options to ensure they can't be used in disturbing ways. But the Los Angeles Times discovered that Facebook allowed advertisers to target people believed to be interested in Nazism and "curious about topics such as 'Joseph Goebbels,' 'Josef Mengele' (and) 'Heinrich Himmler.'" Facebook says: "Most of these targeting options are against our policies and should have been caught and removed sooner."

Reality check: Despite Google and Facebook's steady stream of crises, they are expected to vacuum up 60 percent of digital ad revenue in the U.S. this year, eMarketer says.

Just briefly:
Under Amour: Under Armour's board questioned CEO Kevin Plank about his relationship with MSNBC anchor Stephanie Ruhle, The Wall Street Journal reports, quoting unnamed sources. Plank reportedly "told directors that it was a private matter and that no company funds were spent." Ruhle has reportedly also given Plank advice about company business, The Journal says.

Something to watch: "Horizon Media is aiming for more than half of its ad deals to be guaranteed on actual business outcomes, rather than the standard age and gender demographics, within the next three to five years," Ad Age's Jeanine Poggi writes.

A tale of two commercials: Both KFC and Burger King have new ads out promoting chicken. KFC dressed Colonel Sanders up like RoboCop for its ad, while Burger King outfitted its king mascot in Colonel Sanders' clothes. Watch them here, and read more by Ad Age's Jessica Wohl.

Ads of the day: The Academy Awards are Sunday, and Verizon is flooding the broadcast with six ads, two of them in Spanish. Ad Age's Jeanine Poggi reports that the wireless brand is kicking off a new creative strategy that relies on real people instead of celebrities. One of the ads is about a woman who livechatted her baby's birth so that her husband could watch from afar while he was deployed. Actually, her husband's entire platoon watched, all of them chanting, "you gotta push, you gotta push!" Watch the ads here.

Plus, a Nike basketball sneaker 'just blew it.'