Lil Jon to Papa John's: I'll Be Your Next CEO (Okaaay!)

A month after giving the middle finger (emoji) to neo-Nazis, Papa John's is in talks with rapper Lil Jon, who requested to be CEO of the pizza chain last week. 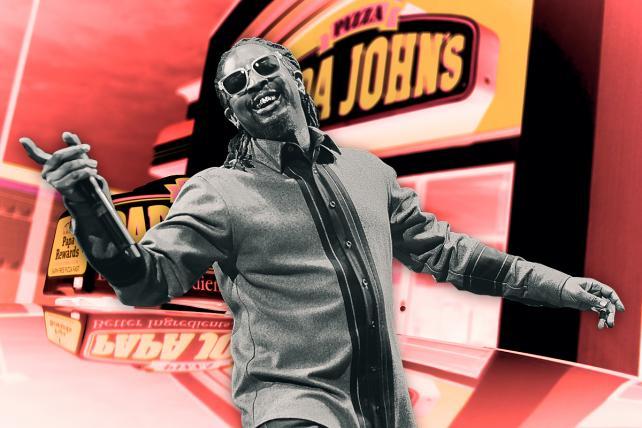 A month after the Papa John's debacle that saw American neo-Nazi site The Daily Stormer calling the brand the pizza of the alt-right, it's been given an unexpected holiday gift: a tweet from rapper Lil Jon, who said he'd like to be the company's CEO.

Now it seems the tossed-off proposition has begun to evolve into an actual relationship.

The latest twist in a very twisty year for the pizza chain began last Friday, when John Schnatter, Papa John's controversial founder, said he's stepping down from his post as CEO, handing the reins over to Chief Operating Officer Steve Ritchie as of Jan. 1. This followed his blaming of the brand's weak sales, during an earnings call, on the NFL national anthem protests and the league's response.

Two weeks later, when the Daily Stormer posted a pizza with a swastika made from pepperoni and the words, "Papa John's: Official pizza of the alt-right?" Papa John's, saving face, went all in, tweeting a middle finger graphic targeted at neo-Nazis.

@PapaJohns I WILL HUMBLY ACCEPT THE POSITION AS YOUR NEW CEO. I CAN START IMMEDIATELY 😁 pic.twitter.com/ZHcUJoRhnK

In short order, Papa John's CMO Brandon Rhoten and the brand's new AOR, Laundry Service, got things rolling with Lil Jon, with Laundry Service first crafting a one-word response of "OKAAAY!"—a nod to one of the rapper's trademark shout-outs.

From there, the calls began.

"We had a call with Lil Jon yesterday and talked to him about what's possible," says Rhoten. "He's really excited. He likes the brand and wants to get involved."

And their response to the tweet, he says, is not a PR play. "It's the kind of fun we should be having," Rhoten says, adding that pizza "isn't something serious or deep."

Over the next month or so, Rhoten says expect for Lil Jon to have some fun with the brand. While Papa John's, a sponsor of the NFL, does not have a Super Bowl spot in the works, Rhoten says the brand is discussing if the game could be a "good moment" for Lil Jon to play into. Even if the brand doesn't do a commercial, he says, it could do something in the pre-game or an activation at a Super Bowl event.

With Schnatter out, some have questioned whether or not "Papa" (a role the founder relishes playing) will keep being featured in future commercials. Rhoten says the brand has "no intention of pulling him out of the ads [because he's] the founder, the reason we're all here."

Laundry Service, which officially begins working on the business in January, will propose ideas for new creative. While Schnatter will likely remain in the spots, Rhoten says the brand has some room for "flexibility."

When it comes to social going forward, Laundry Service will serve as the voice of the brand, while the in-house Papa John's team handles strategy. Rhoten says Laundry Service will still have to run tweets by him that "may push any boundaries," which probably include posting middle finger emojis or telling celebrities they can become brand executives.

Prior to joining Papa John's in May, Rhoten served as CMO of Wendy's, where he was a key player in the fast-feeder's social media efforts, including this year's #NuggsforCarter phenomenon.

Papa John's is in talks with Lil Jon, who thinks being CEO of the pizza chain is not a bad idea.