Recode rightfully calls Kleiner Perkins Caufield & Byers partner Mary Meeker's annual Internet Trends Report "the most anticipated slide deck of the year." At Recode's CodeConference at the Terranea Resort in California this morning, PowerPoint groupies watched the influential analyst speed through the 355 -- yes, 355 -- slides in her preso. Click through the whole thing here and/or skim our marketer/media-centric fast take, below, on the more general front half of her deck. (For more about the internet in China and India, healthcare, the cloud, etc., dive into the second half of her deck at your leisure.) 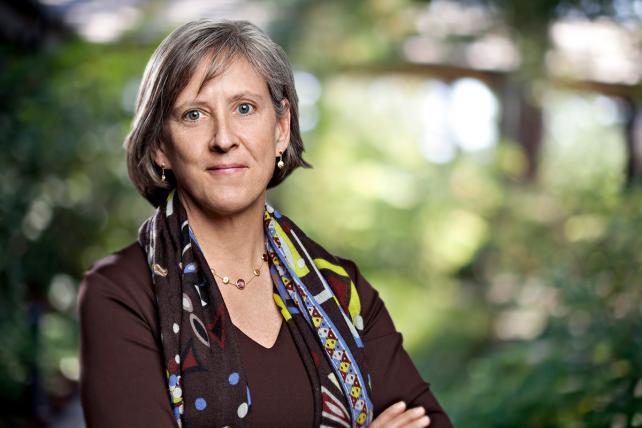 • The best slide title of the day (for slide No. 10): "ONLINE ADVERTISING (+COMMERCE) = INCREASINGLY MEASURABLE + ACTIONABLE." Some particulars from this part of the preso:

• Internet ad revenue is set to overtake TV advertising globally in 2017 (something that's already happened in the U.S.) (No. 14).

• Google and Facebook have captured 85% of the growth in internet advertising (No. 15).

• The most nervous-making slide title of the day (for slide No. 16): "Ad Measurability = Can Be Triple-Edged ... When Things Are Measured = People Don't Always Like What They See ... Users Don't Always Like Data Collected." Meeker cites high concerns among social media marketers about ROI (No. 17) and rising use of ad-blocking software (No. 18), but also makes a point of mentioning that leading online ad platforms, from Facebook to Google to Snap to Pinterest, are upping their game in terms of effective ad targeting and measurement (Nos. 20-27).

• The visual web continues to grow in importance and sophistication: Meeker devotes one slide (No. 35) to a quote to make this point: "A lot of the future of search is going to be about pictures instead of keywords." --Ben Silbermann, Pinterest Founder/CEO, 4/17

• An e-commerce "a-ha," as Meeker puts it: package/parcel volume growth is up 9% YOY (No. 65) as consumers increasingly turn to the likes of Amazon vs. brick-and-mortar stores; YOY e-commerce growth (+15%) also gets called out (No. 76).

• Meeker pays a lot of attention to gaming (starting at No. 80) -- e.g., pointing out that there are 2.6 billion gamers worldwide (vs. 100 million in 1995) -- as well as esports (starting at No. 137), while diving into what all this interactive behavior means for consumer engagement.

• Media disruption continues at a "torrid pace," with digital leaders transforming the marketplace by offering better user experiences and lower prices, while leveraging data and scale (starting at No. 151). The likes of Spotify and Netflix get shoutouts here, with one remarkable slide (No. 162) showing how Netflix went from near zero to 30% of the U.S. home entertainment market in 10 years.

"The most anticipated slide deck of the year is here."