August 30, 2017 06:18 PM
Howard Bell, who helped form the AAF and rescue advertising from Ralph Nader's onslaught by creating industry self-regulation, was also a lot of fun at parties.

Howard Bell, father of advertising self-regulation in the U.S., and the man who led a merger of groups that formed the American Advertising Federation, has died at age 91. 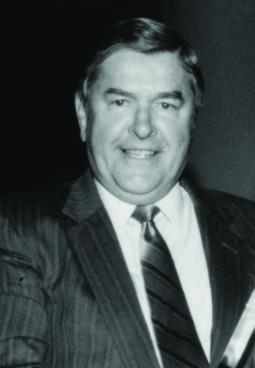 Bell became founding president of the AAF when it was formed in 1967 from the merger of the Advertising Federation of America and the Advertising Association of the West. During his 24 years in the post, he helped establish the American Advertising Awards (Addys) and National Student Advertising Competition. He moved the organization's headquarters from New York to Washington, D.C., which, along with the organization's membership spanning marketers and agencies, helped stake its place as the "Unifying Voice for Advertising."

Upon his retirement from the AAF in 1991, former President George H.W. Bush commended Bell for leadership that "acted upon the axiom that prosperity without purpose means nothing." He was inducted into the AAF's Advertising Hall of Fame in 1991 and three years later named one of Advertising Age's 100 most influential advertising leaders of the 20th century.

Current AAF CEO James Datri said in a statement that "Howard was a mentor, a dear friend, and, to the end, a valued advisor I trusted and admired both for his incredible talent and vision, and for his humanity, which shined through so brightly to all who met him."

Bell recruited Datri's predecessor, Wally Snyder, then a staff attorney with the Federal Trade Commission, to come to the AAF to work as general counsel and head of government relations in 1985, and later backed him to head the organization.

Snyder recalls when Florida passed an advertising tax in 1987 and other groups pulled out of conventions there to protest. Bell instead kept the AAF's meeting there and "turned it into a no-ad-tax rally," Snyder says. That ultimately helped spur legislators to repeal the tax, he says.

Beyond all that, Bell was, per the accounts of former Advertsing Age Editor-and-Chief Rance Crain, a party animal in the best tradition of the "Mad Men" era.

In a column last year on the occasion of Bell's 90th birthday, Crain recounted once going onstage with with the AAF chief in rolled-up pants and coconut bras to dance the hula. Another time, Crain joined Bell during an AAF meeting in San Diego for a bus ride to Tijuana. Fueled with "ample pitchers of margaritas on the bus" the two survived bull fights with 600-pound "baby bulls."

"Howard Bell made a major contribution to the advertising industry by helping to make ads more believable and reliable," Crain says. "His work to establish a self-regulatory body for advertising had a profound effect on showing Ralph Nader and government regulators that advertisers were serious about making sure their ads were truthful and accurate. And besides that, he was a great guy and a lot of fun."