June 29, 2017 01:00 PM
CorkyTV advertises Amazon Fire sticks and other devices loaded with software to make getting shows and movies from shady websites as easy as opening Netflix. 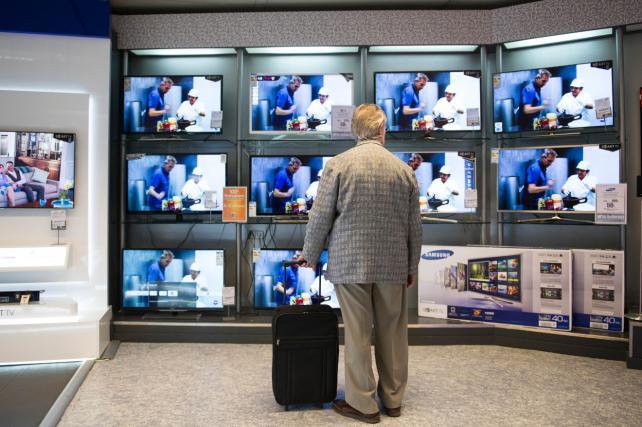 Imagine this: "Free TV For Life!"

The irresistible pitch is splashed on the home page of something called CorkyTV, which advertises Amazon Fire sticks and other streaming devices loaded with software that can make getting shows and movies from shady websites as easy as opening Netflix. The software is perfectly legal, and Corky Stanton, who runs the website out of his home in Bass Lake, California, is sure he's not breaking any laws.

"I just offer a service. I try not to be a bad guy," said Stanton, who charges as much as $300 for one of his altered gadgets. "I sell the boxes and it's up to the user what they do with it."

Stanton and entrepreneurs like him are Hollywood's latest challenge in the battle against piracy, which costs the entertainment industry billions of dollars a year in lost revenue. About 6% of households in North America already own digital media players doctored to let them tap unauthorized content, according to the broadband equipment provider Sandvine.

Cracking down isn't easy. The European Union's Court of Justice ruled in April that it's illegal in the EU to sell set-top boxes revamped to facilitate piracy. In the U.S., outfits like Stanton's are in trouble only if they encourage their customers to violate copyright laws, according to Mitch Stoltz, a senior staff attorney at the Electronic Frontier Foundation, a San Francisco-based digital-rights group. And consumers commit crimes only if they download unlicensed movies or shows because streaming them is fine under current law, he said.

Pirating apps
This is how it works: People buy the modified Fire Sticks or Rokus or other such devices and then download apps onto them that scrape the internet for unlawful "free" content -- or they buy devices with those apps already installed. Some of the products have been available on Amazon website and through other e-commerce sites. Black-market retailers of the gadgets may charge a fee of as much as $60 for unlimited access to unauthorized programming.

Consumers may not be aware they're doing anything wrong, and purveyors certainly don't try to enlighten them.

"There are plenty of users accessing the programming without knowing that it wasn't authorized," said Lance Koonce, an intellectual-property lawyer in New York who represented Dish Network in a lawsuit against a company selling devices that can download piracy apps.

In Stanton's view, what CorkyTV peddles isn't the problem. It's the websites that keep popping up to host pilfered content that are in the wrong. "I'll stop in a second if they make it illegal. I don't want to break any laws."

No-cost 'Titanic'
The software most often loaded onto the streaming gear is called Kodi, a free application originally written for Microsoft Corp.'s Xbox and maintained by a group of volunteer developers. Kodi is designed to make it easy for people to organize and view their photos, videos and other media. But it also allows you to download any third-party app out there, including those offering pirated entertainment.

Type "Titanic" into one of these pirating engines, and dozens of no-cost, no-subscription versions of the 1997 hit pop up. Some of the entertainment-search apps strip out commercials from TV shows and have slick Netflix-style interfaces that let you hunt for pirated content by genre, actor or title, according to people who've tested them.

"We aren't necessarily fans of people altering the software for piracy purposes," said Nathan Betzen, a Kodi product manager. But because it can be modified by anyone, "we have neither the ability nor the interest in preventing them."

He added the Kodi team has been issuing take-down notices to Amazon, eBay, and Facebook aimed at people selling modified versions of the software to encourage piracy.

Amazon declined to comment. Tricia Mifsud, a spokeswoman for Roku Inc., said the company is working with others in the business to combat streaming piracy.

The entertainment industry has been taking some shots in court. Roku's set-top boxes were briefly pulled from stores in Mexico this month after a judge ruled in a suit by a cable provider that the boxes could be manipulated for the streaming of pirated content. Dish filed a suit in Houston last month accusing a service of offering an app that retransmits channels licensed to Dish without giving it any compensation.

The complaint is also against individuals listed only as Doe -- the developers and operators of the service that Dish and its legal team haven't been able to identify.

Koonce, the intellectual-property lawyer, said this is a common problem, with most pirating enablers registering their websites anonymously and shifting them around whenever a base server is found out. "There's always an aspect of Whack-A-Mole," he said.

The MPAA said it's working with e-commerce giants to come up with a way to block the sale of gear that expedites pirating. They've got their work cut out. "The aggregate volume of this type of piracy is enormous," Koonce said. "You see these boxes everywhere."

CorkyTV advertises Amazon Fire sticks and other devices loaded with software to make getting shows and movies from shady websites easy.