Food Flight: Why Talent Is Fleeing

May 01, 2017 07:00 AM
With zero-based budgeting and leaner executive ranks, it becomes harder and harder to produce breakthrough marketing. 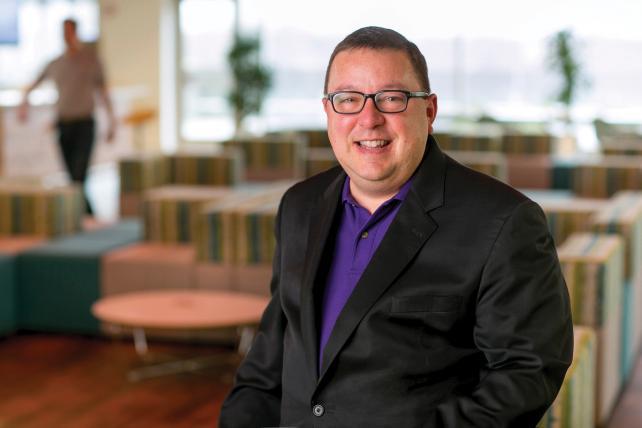 Barry Calpino signed up at Mondelez in 2015 to create an entirely new snack brand he named Véa, a recognition by the company that there are only so many flavors of Oreo cookies and boxes of Ritz crackers people are going to buy.

"It's the kind of thing big companies can do," Calpino said, but only to a point. The pressure to perform in the low-margin food business can put unrealistic expectations on results. "It is tough and challenging when the market expects you and benchmarks you on the efficiency side, but that's only half the game."

Two years later, he's taking his game somewhere else, as VP-innovation at Conagra Brands, an established food marketer many point to as a rare example of a giant acting more like a startup.

Also an adjunct professor of marketing who teaches innovation at Northwestern University's Kellogg School of Management, Calpino sees a shift in his students that could serve as a wake-up call to big marketers.

"They're not as dazzled by the big CPG companies as they used to be."

No wonder. Established food companies keep cutting costs to please investors and, more urgently, keep a certain acquirer off their backs. The fear has gotten so intense that one executive who advises food companies on marketing refers to 3G, which already bought and merged H.J. Heinz and Kraft Foods, as "the Brazilian Death Star."

But with zero-based budgeting and leaner executive ranks, it becomes harder and harder to produce breakthrough marketing that will convince people to buy more of their stuff.

Anderson, who is leaving to become chief marketing officer of MediaLink, and Fanuele, whose plans include finishing a book and teaching, declined to speak for this story.

Mondelez split from Kraft in October 2012 to take advantage of fast-paced international growth. However, the trajectory the company was founded on failed to materialize. CEO Irene Rosenfeld is trying to steer her company to greater growth potential, focusing on so-called Power Brands such as Oreo and Cadbury that are perennial winners, growing its e-commerce business and expanding into new categories. Still, in February, Mondelez forecast sales growth of at least 1% this year. That's down from 3.9% growth in 2013, its first full year as a standalone global snacks company. First-quarter results are due May 2.

Some of the blame lies with legacy thinking.

"Large companies today in food or otherwise have to start thinking how they would have organized themselves if they were starting their brands today," said Sarah Hofstetter, CEO of 360i, which works with heritage brands including Mondelez's Oreo and startups including Spotify.

Mondelez's announcement on Anderson's exit underscores the challenges facing the industry and the changes companies aim to make.

"This departure opens up an opportunity to evolve the CMO role as part of our larger marketing reinvention," Mondelez said in a statement. "Our search for a successor will focus on finding a digital-first, disruptive and innovative leader who can build on Dana's legacy and mobilize breakthrough marketing in a rapidly changing global consumer landscape."

While General Mills did not say whether it would fill Fanuele's position, it is clear the company has been shaking up the way it handles marketing. After a major creative agency review in 2016, CMO Ann Simonds left in a massive reorganization that included eliminating hundreds of jobs. At that time, General Mills said it would look for a new global CMO/marketing innovation leader. It's still looking.

With zero-based budgeting and leaner executive ranks, it becomes harder and harder to produce breakthrough marketing.