I'm back! And I survived (and - dare I say - enjoyed) my first trip to Cannes. A big thank you to my fellow Ad Agers for filling in on Agency Briefs while I gallivanted around Europe.

Before we get into this week's Agency Brief, here's a quick reminder: Ad Age's Small Agency Conference and Awards in Nashville is next week, July 18 -19. Hope to see you all there. Now onto this week's happenings.

Accenture must be bananas about The Monkeys

According to The Australian Financial Review, Accenture bought creative shop The Monkeys for $63 million this spring. According to the AFR, considering The Monkeys' $21.6 million in revenue, Accenture is paying a higher multiple than what Deloitte, EY, KPMH, and PwC paid for acquisitions in 2016. We're guessing that Accenture expects the Australian agency to swing into action and make big creative moves.

MullenLowe Group has decided to spice up its communications and PR capabilities with the purchase of Salt. The shop, which has offices in London and Singapore, works with the likes of Unilever, Ferrero and ManpowerGroup. Salt will be rebranded as MullenLowe Salt and will add a few dashes of European and Asian expertise to the group's existing PR capabilities in the U.S.

After hearing about odd cravings from pregnant friends (such as for Oreos and toothpaste), RPA Senior Art Director Juarez Rodrigues and Freelance Copywriter Vicky Jacob-Ebbinghaus teamed up to write a book called "Pickles and Ice Cream: A Bizarre Pregnancy Cravings Cookbook." The visually appealing book highlights 70 peculiar meals, such as tomato soup and M&Ms. as well as short stories from the women who hankered for them. 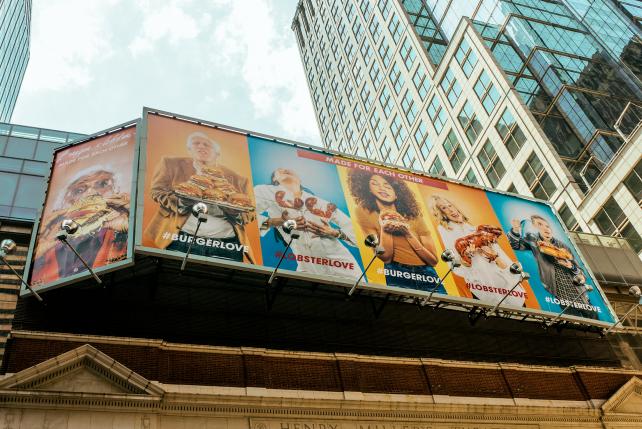 Creative agency Van's General Store, co-founded by actor Liev Schreiber and industry veteran Scott Carlson, debuted a 2,200-square-foot billboard in New York City this week for soon-to-launch restaurant Burger & Lobster. The billboard features people holding and looking adoringly at lobsters and burgers with "Made for Each Other" at the top and the hashtags #lobsterlove and #burgerlove on the bottom. Van's General Store also helped design the interior of the restaurant, which is expected to open in Bryant Park later this month. 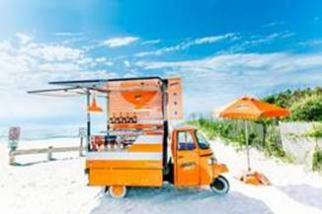 No, the spirits company doesn't have a new chimp mascot. Next Fifteen's M Booth is spreading the word about Aperol Spritz's Ape (pronounced ah-pay), which is an Italian-made three-wheeled, flatbed bar on wheels… err… truck. The vehicle has made its debut in the Hamptons and will be popping up at events this summer, featuring music, Wi-fi, a bubble machine, and of course, Aperol Spritzes. Ralph is helping out on social for the effort and Swell is handling production.

Initiative gets its ducks in a row

Dentsu in Japan is facing more pressure and scrutiny over long working hours. The ad giant will get a formal trial in open court over illegal overtime, and Dentsu President Toshihiro Yamamoto will probably have to answer questions there, The Asahi Shimbun newspaper reported. Previously the Dentsu case was expected to be handled by a Japanese summary court, which rules on cases involving lighter punishments and fines. The company has been rethinking its working conditions since the 2015 suicide of a young recruit, Matsuri Takahashi; labor inspectors ruled that her death resulted from overwork. Dentsu has said it will "eliminate long working hours and ensure that our operations in Japan fully comply with local labor regulations."

What better way to watch Wimbledon in the office than with strawberries and cream? #ace #agencylife 🍓🎾 pic.twitter.com/TCygNFLh4e

74 -- days until Ad Age's rebrand issue comes out (at the start of Advertising Week, nonetheless). Get excited – cool things are coming!

Before we get into this week's Agency Brief, here's a reminder: Ad Age's Small Agency Conference in Nashville is next week, July 18 -19.