May 23, 2017 10:58 AM
Google debuted a new offering Tuesday that assigns a weighted value to every touchpoint a consumer makes before making a purchase 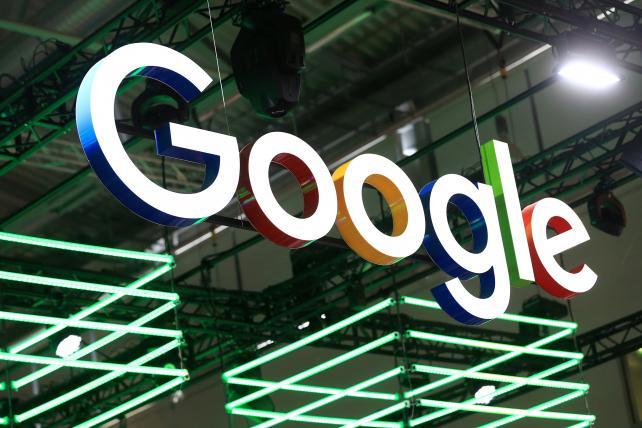 The Google logo hangs over the company's exhibition stand at the Dmexco digital marketing conference in Cologne, Germany, in September.
Credit: Krisztian Bocsi/Bloomberg

Google says it wants to rid marketers of their obsession with the last click before consumers buy things. Instead it aims to provide insights about how earlier ad dollars perform in areas like TV, digital video, store visits and search.

The tech titan separately said it's capable of showing local store hours, directions and inventory levels immediately after commericals on YouTube. A test last year, Google claimed, motivated nearly a million people to visit Wendy's and place an order for a square-shaped hamburger. (Or some nuggs.)

The announcements were among a flurry made Tuesday in San Francisco at Google Marketing Next, an annual event to promote the company's plans for ad products, analytics and its DoubleClick ad platform.

To help marketers sift through the search giant's many updates and new offerings, we've compiled several key takeaways from the event.

Email campaigns, digital ads, TV spots and store visits are among the many tools that marketers use to reach consumers. More often than not, whatever "touched" a consumer most recently before a purchase gets the credit. That's the last-click paradigm, a reference to a shopper's click on an ad online.

The product uses machine learning, Google said, to assign a weighted value to every different touchpoint along consumers' paths to purchase. The goal is to make sense of ad dollars' effectiveness across different channels and devices. If a consumer's last action before buying something is a Google search, for example, an earlier email campaign may also get its share of the credit.

Such so-called multi-touch attribution has been around for years, but Google said its product will be more accurate and faster than existing efforts. It's also free in the version designed for small and medium-sized businesses.

"It creates a prediction model that learns by weighting a set of touchpoints on how likely a user is to purchase something," Babak Pahlavan, senior director of product management for analytics measurement at Google, said. "The presence and absence of marketing touchpoints across channels and across campaigns will either decrease or increase the likelihood of a conversion."

The service is in beta, but the company plans to release it widely later this year.

Google also announced a product called Attribution 360 that does the same things plus some, with an annual price starting at $150,000. That's aimed more at agencies that roll out large campaigns.

Clients can inform its results by uploading marketers' own first-party data as well as data from Google's AdWords and DoubleClick.

Google's YouTube said ads on the platform can now culiminate in details such as local store hours, directions and product in stock.

When asked how directions and store hours added up to actual store visits to Wendy's, Dischler backpedaled and said those figures were generated by Wendy's using Google data. "From [Wendy's] perspective, this is a very exciting result," he said.

Google's empire was built on the proposition that people searching for something online are prime candidates to see an ad for something related. On Tuesday, Google said it is improving that proposition by letting marketers buy search ads that appear only for "in-market" shoppers, meaning they've previously searched for suggestive terms like "spacious SUV" or "SUV with best gas mileage," for example.

The company said it will analyze trillions of search queries across its users to better surface people who are close to pulling the trigger and making a purchase.

Google also threw out a lot of different stats. Here are the most interesting three:

Google said it is using machine learning to figure out the role of everything from TV commercials to store promotions in closing a deal.