The NewFronts Need to Shed the Sexy and Start Selling Safety

April 28, 2017 12:40 PM
Move over glitz. This year's NewFronts are all about digital publishers taking their medicine. 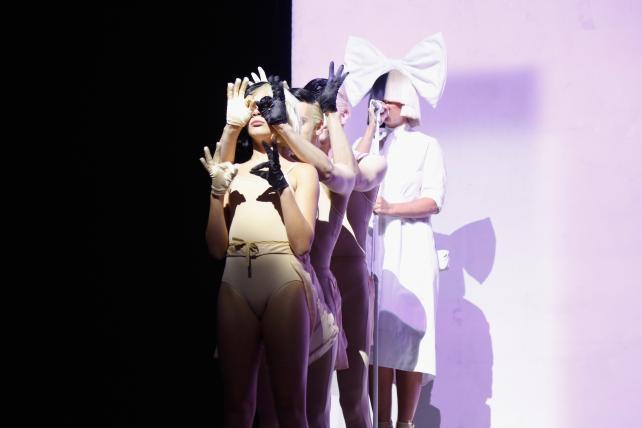 Forget the glitz. This year's NewFronts are all about digital publishers taking their medicine: Mounting concerns about digital advertising are sending advertisers into the Digital Content NewFronts less interested in dazzle than ever before. And some publishers that went big in years past, notably AOL and BuzzFeed, are hosting private client meetings instead.

"There needs to be a buttoning-down and a return to basics," said Jon Stimmel, chief investment officer at the media-buying heavyweight UM. "Brand safety will be front and center."

On that score, all eyes will be especially focused on YouTube, whose NewFronts pitch to buyers comes soon after major advertisers, from AT&T to Walmart, fled the site amid press reports of their ads showing up on racist and terrorist videos. The company has since toughened controls to make itself safer for marketers, but brands still want more clarity from digital publishers about everywhere their ads might run.

U.S. DIGITAL VIDEO ADVERTISING
The NewFronts have become less a market for digital video in the mold of TV's upfronts and more a showcase. But year-round video ad spending is rising quickly.
Source: Magna, March 2017.

YouTube executives aren't expected to address the situation outright when they take the stage at the Javits Center on Thursday, however. Instead, they'll emphasize "why YouTube matters to your brand," said Tara Walpert Levy, VP-agencies, YouTube.

"We are going to remind them of all the reasons they love YouTube," she added.

That includes boasting about how YouTube captures audiences that are continuing to shift their viewing from TV to mobile. Last year, YouTube claimed that it reaches more 18-to-49-year-olds on mobile alone than any TV network. This year, it will pitch itself as a complement to TV. Marketers who buy YouTube in addition to TV reach 25% more millennials on average than those that buy TV alone, Walpert Levy said. It will also keep pushing its Google Preferred platform, which packages content that YouTube calculates is the most popular and engaging. The company will make its six-second ad format available in Google Preferred inventory for the first time.

Even if the YouTube brand revolt isn't explicitly mentioned, everyone from Hulu to PopSugar will take the opportunity to assure marketers that their content is high-caliber and brand-safe. Many are likely to also stress transparency, verification, third-party audits and viewability. "It isn't the sexiest thing to talk about, but it is necessary," Stimmel said.

Conde Nast will send a message to the industry that it needs to trade on brand safety, said Jim Norton, president of revenue and chief business officer, adding that the business has gotten away from that principle.

The company, whose brands include Vogue and Vanity Fair, will go heavy on the quality of its own content at its presentation Tuesday -- and ask agency and client executives, "Do you know where your ads are running?"

Advertisers want more control over content and transparency over where the content comes from, said Ben Winkler, chief investment officer at OMD.

To that end, Defy Media recently brought all of its content producers in-house. "So instead of talking about influencers or YouTubers, they will now be talking about employees," Mr. Winkler said. "It adds a level of control."

And Twitter will make its first foray into the NewFronts as it invests more in its video strategy. The social platform is expected to focus on its live video programming and its broadcast and cable TV partners.

In the way of brand trust, news organizations like the New York Times and BBC.com will be discussing how they are combating fake news.

The Times, which has titled its presentation "Truth + Dare," will "showcase the many ways Times journalists work to find the truth ... and will 'dare' brand marketers to use that same momentum when they think about the best ways to tell their own stories with The Times," according to a release.

This year it is about fake news versus quality journalism, said David Grant, president, PopSugar Studios.

"We have seen a greater interest from our audience around politics and how things going on in the world affect them," Mr. Grant said. PopSugar, which had its start as a celebrity news site, has spent more time over the past year or so evolving its content to include more on the impact of current events, like women's health.

Brand safety will likely overshadow much else, including last year's Next Big Thing: virtual reality. During the 2016 NewFronts, everyone from PopSugar to AOL announced new VR content and VR-designated studios.

The Times does plan to discuss augemented reality, audio and Snapchat, among other things.

"VR will be a box that is checked, and if anyone doesn't mention it, it will raise eyebrows," Winkler said. "But I don't think anyone will spend a quarter of their presentation talking about VR like The New York Times did last year."

Forget the glitz. This year's NewFronts are all about digital publishers taking their medicine.