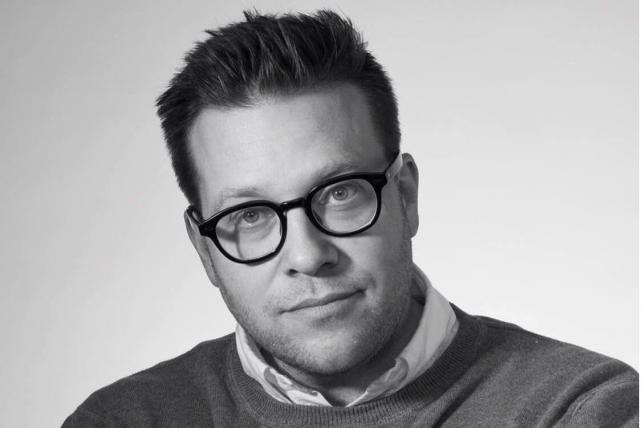 Grey New York Chief Creative Officer Andreas Dahlqvist has left his post at the WPP agency to return to DDB as chief creative officer of newly formed Nord DDB, which brings the Stockholm, Copenhagen, Oslo and Helsinki shops together under one roof.

Dahlqvist, who has been at Grey for two-and-a-half years, will rejoin DDB in September. During his previous time at DDB, he served as executive creative director of its Stockholm office, which earned acclaim for its campaigns for the Swedish Armed Forces, McDonald's and Volkswagen, including the last's much-celebrated "Fun Theory" campaign.

Grey New York CEO Debby Reiner wrote in an internal memo that the agency has "recruited a new creative leader whom we will announce shortly." The shop has seen a number of creative leaders leave in the last 18 months, including Tor Myhren, former Grey Worldwide chief creative officer and New York president who left to head creative at Apple in December 2015, and Doug Fallon and Steven Fogel, the creative team behind the agency's much-lauded DirecTV work who moved to BBDO.

Following Myhren's departure, Grey said it was in no rush to name a successor because it has "a really strong bench of creative people currently." Grey has still not filled Myhren's former role.

While the move represents a big talent loss for Grey, it's another boost to DDB's creative leadership. The latter has been building out its creative ranks with the appointment of Ari Weiss as North American chief creative officer in December and that of Toygar Bazarkaya as We Are Unlimited CCO earlier this week.

"Under Andreas's leadership, Grey New York was ranked No. 1 agency in the U.S. and North America and the No. 2 agency in the world by Cannes Lions in 2016," wrote Reiner in the note, adding that Grey New York has won 45 Lions in the last two years. "Andreas takes with him our warmest wishes for continued success as he opens a new chapter in his career and our thanks for all his contributions to Grey," she added.

Dahlqvist, one of Ad Age's Creativity 50 honorees in 2010, told Ad Age that "the timing and opportunity felt right" to move back to DDB. "I've had six amazing years in New York working for a couple of the best and biggest agencies. I've learned a ton and this is an opportunity to bring some of that experience into an entrepreneurial set-up," he said, adding that the move allows his wife and two daughters to be closer to friends and family.

He will lead Nord DDB alongside Nordic CEO Niclas Melin, which has about 400 staffers across Stockholm, Copenhagen, Oslo and Helsinki, as well as additional offices in Gothenburg and Malmö. Some of the clients it serves in the region include McDonald´s, Elkjøp/Elgiganten, Volkswagen, Samsung and Vattenfall.

One of Dahlqvist's initial goals is to "really open up the agencies to each other and to fully leverage the size and talent that we have in the region."

He said he also "really wants to explore where we can take the creative product" because "the next couple of years will be very inspiring when it comes to defining the impact a creative agency can have."

Between his time at Grey and DDB, Dahlqvist served as executive creative director and vice chairman of McCann's New York office. He began his career in art director posts in Sweden, and from 1999 to 2003 he was creative director and founder of interactive agency The Bearded Lady. From there he went to the agency that became DDB's Swedish outpost, Paradiset.

Nord DDB brings the Stockholm, Copenhagen, Oslo and Helsinki shops together under one roof.