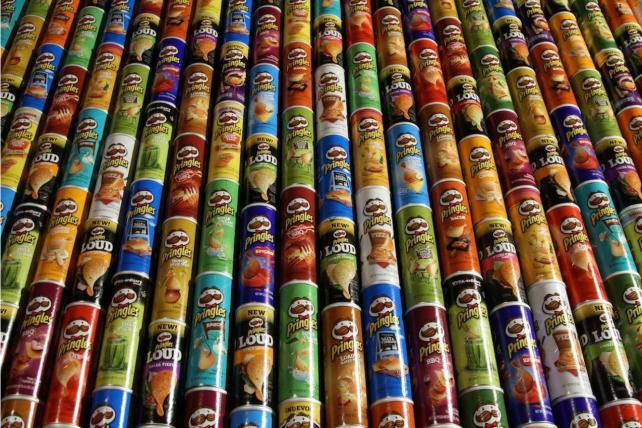 Pringles will air its first Super Bowl ad to kick off its new "Flavor Stacking" campaign, a 30-second ad in the first half.

While the brand did not reveal details of the spot, created by Grey Group, a spokeswoman said the focus will be on "celebrating fun and encouraging playful behavior."

Pringles has been a bright spot for Kellogg, which along with other packaged food companies has felt some pressure on sales. Kellogg bought Pringles from Procter & Gamble in 2012.

"The Pringles Super Bowl advertisement is an opportunity to show people a fun, new way to enjoy their favorite Pringles flavors with their family and friends," Yuvraj Arora, senior VP of marketing for Kellogg's U.S. Snacks division, said in a statement. "Whether there are four people at home or 30 people at your party, this idea's 'Now why didn't I think of that?' spirit brings a whole new way to snack during the big game this year."

According to a Pringles rep, Super Bowl weekend was the fourth-highest weekend in sales for the brand last year.