The Fox in the Henhouse: Agencies Balk When Consultants Come to Audit

May 02, 2017 08:00 AM
As consultancies wade deeper in Mad Ave's client pool, another of their business practices -- media audits -- is coming too close for comfort for ad agencies. 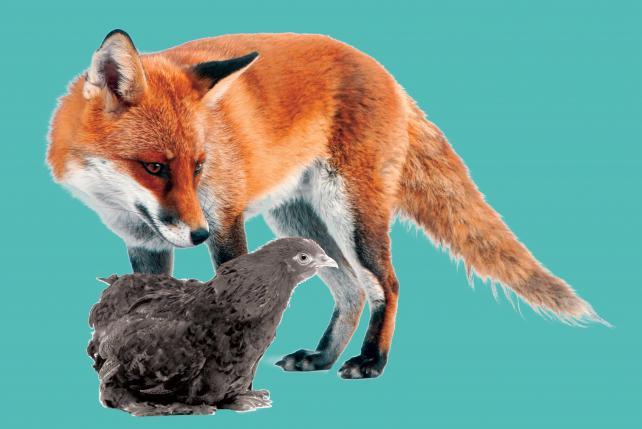 A marketer with a large portfolio of household and health brands recently voiced concerns to an industry executive about whether Accenture could objectively audit its media and determine its agencies' current digital approach. The worry for the marketer: Since the consultancy plays in that space itself, can its recommendations be trusted?

"Accenture has its fingers in several different pies, which is cause for concern," this person said under condition of anonymity.

As Accenture, Deloitte and other consultancies wade deeper in Madison Avenue's client pool and pick up advertising work, another of their business practices—media audits—is coming too close for comfort for ad agencies.

Though major consulting companies say they have firewalls to separate their businesses, agencies are griping that doing media audits of agencies for marketers gives Deloitte and Accenture an unfair advantage. If their auditors are privy to agencies' data and economics, the advertising and media side of their businesses can use that information to beat agencies at their own game.

"Whereas the auditor or agency adviser in the past was valued for their independence, with some of these lines having become blurred it is calling their impartiality in question," said Maarten Albarda, CEO of the marketing consultancy Flock Associates USA.

MediaLink Chairman-CEO Michael Kassan put it more bluntly: "You can't have a fox in the henhouse," he said. "This is potentially the most egregious example of someone grading their own homework."

As mistrust grows, a number of agencies have shown increased desire to approve who audits them, adding language to contracts that say the auditor must not be in competition with them, according to a consultant with knowledge of the matter who declined to name any.

When asked to respond, Accenture said it "recognizes that it has a unique model whereby it offers media auditing services and is also a digital ad agency. In both cases we are responding to the business challenges and issues brought to us by our digitally thinking clients."

While Accenture's media auditing practice is led out of its Media Management unit, which is separate from its agency business, Ad Age has learned that agencies have been trying to sway marketers away from working with the company on media audits as it has moved more into programmatic service offerings. In March, Accenture Interactive announced that it plans on working with clients to help them bring digital media buying in-house, further threatening the place of media agencies in the ecosystem.

"Accenture Media Management, which conducts media audits on behalf of marketer clients, and Accenture Interactive, the digital agency, are separate arms of the company—offering very separate services and solutions to clients," Accenture said. "Media audits are conducted by a dedicated team and confidential data protections are in place to ensure that information is not shared across other parts of Accenture's business."

Deloitte houses a separate agency business under the name Deloitte Digital and conducts media spending audits out of Deloitte Risk & Financial Advisory, which is part of a different legal entity. "As a multi-disciplinary organization, we have formal governance structures and strict policies regarding the handling of confidential client information," said a Deloitte spokesman. "Consistent with our deep commitment to our clients, adherence to these policies is at the core of our culture."

The consulting giant also audits agencies from a financial perspective, including serving as WPP's external auditor since 2002.

Procter & Gamble Co. Chief Brand Officer and Association of National Advertisers Chairman Marc Pritchard said he has heard of media auditors who are part of organizations that also provide agency services, and he has his doubts about the practice.

"It's really up to the parties involved," Pritchard said. But asked whether P&G would hire an auditor in those circumstances, he said, "That's a little shaky to me. If that was necessary, I would need to make sure there were enough controls, and they had independence. Certainly in the U.S., there's plenty of competition in the audit space, so you don't need to work with someone who's conflicted."

Consultants aren't the only players doing media audits and raising eyebrows at agencies. Specialist agencies in media auditing also tend to do agency-relationship consulting, and that's led some agencies to resist letting them get into the books too, said Manuel Reyes, CEO of Miami-based audit and consulting firm Cortex Media and a former agency executive himself.

As far as letting an audit firm that's also associated with providing media-buying services look into their media transactions, Reyes said, "I can't see why an agency in their right mind would let them through the door."

But Reyes has also found that some agencies, particularly WPP, prefer or require having media auditors from the Big Four accounting firms do the audits rather than media consultants.

Ostensibly, Reyes said, that's over concerns about firms doing agency-pitch and compensation consulting getting internal data on agency costs. But he said he believes the real reason is: "Why let some specialist come in and go through your books when you can have a 23-year-old with an accounting degree come in and do the same who doesn't know a rat's ass about media?"

There are other signs that auditors are facing growing scrutiny themselves: The Media Rating Council, which accredits a variety of third-party media measurements, has begun looking into the media auditing space. "As of now, in the project stage, we're not looking to accredit media auditors," said MRC CEO George Ivie. "All we're trying to do is set the ground rules. We are talking about having a governance process, where maybe they have peer review, or maybe the [Association of National Advertisers] gets involved in some kind of oversight."

MRC members include 25 to 30 agencies that themselves might be subject to media audits, so getting involved in auditing the auditors would "create kind of a weird dynamic," Ivie said.

ANA CEO Bob Liodice said in an email that governance discussions regarding media auditors are so preliminary that it's "way too early to get excited about any option at this point."

"We have certainly heard from some of our clients directly that they are questioning the wisdom of sharing their client data, media or agency pricing and other proprietary content with consultancies who are now themselves at the same time digital media management companies, data companies or creative agencies," said Flock's Albarda.

The upshot: Some think consultancies will have to eventually shut down their media audit arms, which would allow them to solve their conflict-of-interest issues and focus on more lucrative parts of their business. In fact, R3 Principal Greg Paull said Accenture's media auditing is becoming a lower margin business for the company. "We doubt they would make a decision to invest in it with the same energy and spirit as other digital areas," he said.

Open QUESTION
Accenture was recently tapped to build and audit a new platform developed by Turner, Fox Networks Group and Viacom to standardize audience buying on TV. Dubbed OpenAP, the platform is designed to make it easier for agencies to buy more specific audiences than traditional Nielsen age and sex demographics allow.

"We are going to be that credible, independent third party that provides the transparency, the consistency, the scalability and the security required to make this a success," Accenture's managing director, Farshad Family, said at an OpenAP event last month.

But media buyers are concerned about Accenture's role in OpenAP—particularly how much access to data the company will have.

"Accenture has a lot of different parts to their business, and while they will say it is all disconnected, it is all part of the same company," one agency executive said. "Accenture Interactive is a full-service digital agency going out and pitching business. Today, it is not a big threat to us or our holding company, but we have found ourselves pitching against Accenture."

With Accenture acting as an agency, there is some concern that it could get its hands on the data that passes through OpenAP and use it for itself. "Certainly, an agency would give pause to send data Accenture's way," the executive said. "It is still unclear to me what exactly Accenture is doing as it relates to the data."

OpenAP founding members wrote in a statement to Ad Age: "Accenture and OpenAP will have no access to data other than from Nielsen and ComScore."

As consultancies wade deeper in Mad Ave's client pool, another of their business practices -- media audits -- is coming too close for comfort for agencies.