December 04, 2017 12:55 PM
The marketing community is responding to the current keynote speaker list for CES, comprising only men. 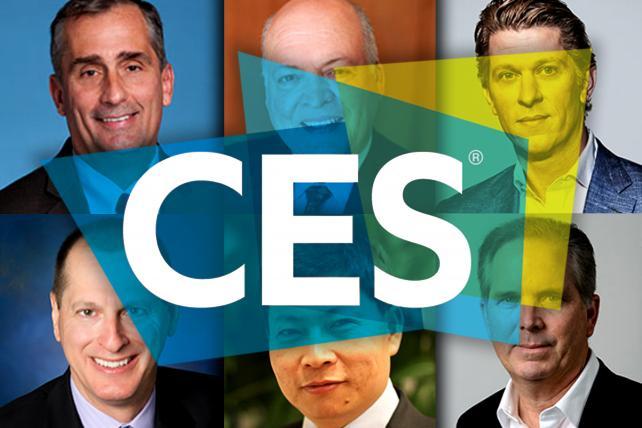 CES, the massive tech trade show held in Las Vegas every January, this year has a roster of keynote addresses from CEOs of companies like Ford Motor Company, Hulu, Turner and Intel.

But many leaders in tech and marketing see one problem: Each of the six keynote address speakers currently listed on CES' website is a man. Five of them are white men.

GenderAvenger, a group that is dedicated to ensuring "women are represented in the public dialogue," has taken notice. The group issued an "action alert" last week to call on CES to do something about it.

"For a show marketed as 'the world's gathering place for all who thrive on the business of consumer technologies,' it sure seems like 'for all' really means 'for all men,'" the post says. "You still have over five weeks to make this right, CES."

CES responded in an emailed statement that it has a record of diverse speakers and that participation of "strong women business leaders" extends "beyond the keynote stage" to its other conference sessions as well as the show floor.

"The Consumer Technology Association, owner and producer of CES, champions diversity of all types – gender, ethnicity, thought and beyond – and we seek to ensure our show reflects that value," the statement says.

"We're proud of our record in welcoming diverse speakers to the CES keynote stage including General Motors CEO Mary Barra, Xerox CEO Ursula Burns, IBM CEO Ginni Rometty and Yahoo! CEO Marissa Mayer," the statement continues. "Their participation at CES extends beyond the keynote stage to our conference sessions as well as entrepreneurs exhibiting across the show floor."

The statement added that 10 women declined keynote speaker invitations and that CES will be releasing "more exciting announcements" about its lineup.

The marketing community has amplified and aggravated the initial backlash, though, with many of its big names chiming in – including HP's chief marketing and communications officer Antonio Lucio, Twitter CMO Leslie Berland, former president of PepsiCo's global beverage group Brad Jakeman and JP Morgan Chase CMO Kristin Lemkau, who tweeted a list of 22 names of "amazing women innovators in tech and media who would slay any keynote anywhere" that took her "less time than it took to drink coffee."

Amazing women innovators in tech and media who would slay any keynote anywhere. Came up with these in less time than it took to drink coffee. In no particular order...
Other ideas? pic.twitter.com/jnpFKGWHzW

Hey followers. If you were planning on attending @CES this year, please feel free to share with the organizers how you feel about this. #FiveWeekChallenge. https://t.co/zwtUrCp5Ft via @genderavenger

In one tweet, Lucio suggested all men should boycott CES "if women are not invited to speak," and said it was "insulting in this day and age."

And yet, Michael Kassan, CEO and chairman of consultancy MediaLink, added that his keynote panel will include two women among its five participants. That panel didn't appear to be listed on the CES online schedule as of Monday.

On its website, CES says keynote addresses "showcase global industry leaders, offering insider insights into the technologies changing our industry and our lives." The conference's programming also includes panels, presentations and fireside chats and other sessions.

Karen Chupka, senior VP of CES and corporate business strategy at the Consumer Technology Association, which runs CES, also responded to the GenderAvenger post in a tweet.

@CES has a long tradition of diverse keynoters highlighting the latest in technology. We go beyond the keynote stage & bring a diversity of speakers to all our conference programming and we encourage you to check out our past CES lineups. Diversity is too important to ignore. pic.twitter.com/E431on92mK

Still, Quantcast chief marketing and communications officer Steven Wolfe Pereira also posted that it was insulting to not have any women, black or Latino speakers included in the keynotes. He cited recent issues around lack of women and diverse talent being recognized or part of the conversation.

"And then, to see these keynotes at CES just felt so tone-deaf," he told Ad Age. "They say CES stands for innovators and the promise and power of technology — you mean to tell me we have no women or black or Latino innovators that can speak about that? … It boggles my mind that we're still making these stupid mistakes. If we don't rise up and call it out, it's not going to change unless we be the change."

For his part, Jakeman says he hopes CES -- which kicks off January 9 -- will improve the speaker lineup for keynotes to at least a 50/50 split.

"To publish a speaker list which is all-male in an industry that has been very well-criticized for an overly male perspective being brought to it, it just demonstrates a profound sense of tone-deafness," he says. "I think it is shocking for them to not be addressing the issue, and I would call on all CMOs and all leaders in business to tell CES that this, in the year 2017 with all that's going on in our society right now, is completely unacceptable."

Jakeman added: "If now what we're hearing is that they're not interested in our help and that they're perfectly comfortable with an all-male keynote lineup, that ... is shocking given what's going on in our society right now, where we see the consequences of what happens in extreme gender unbalanced environments."

All six of the keynote speakers listed on CES' website are men -- five of them white men. People aren't happy about it.