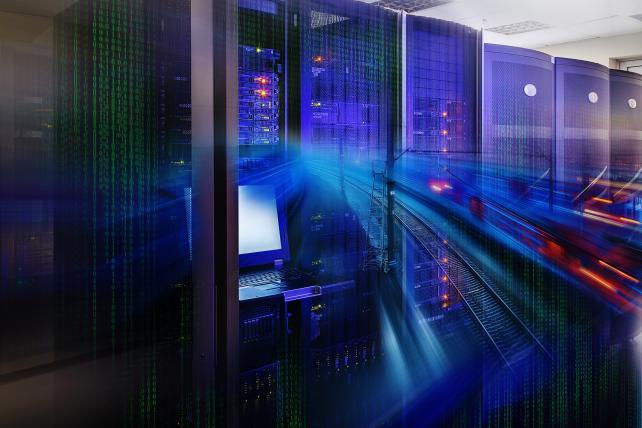 At the moment, an important debate about fraud and viewability is playing out in an ad tech ecosystem -- an ecosystem that's increasingly being called a duopoly. But these topics won't be left for Google and Facebook to solve. Very soon, blockchain technology will disrupt the duopoly and, more importantly, usher in a new marketplace that is more transparent and accountable, and therefore less prone to fraud.

What is blockchain?
Best known as the technology that powers cryptocurrencies like bitcoin, blockchain allows strangers to transact with trust by creating an immutable ledger for record-keeping and distribution functions. Already, blockchain is disrupting finance, corporate governance and healthcare. As that disruption spreads, the blockchain "trust machine" will give the buy- and sell-side counterparties greater power by granting them the ability to audit the transaction chain.

Affecting the duopoly
Fraud and viewability concerns decrease when you know your counterparty. That's why blockchain has already been cast as a powerful tool for reducing ad fraud and viewability issues in a marketplace where buyers and sellers don't typically meet.

To date, the duopoly has played an important role in managing a vast array of user data. They've created a service of managing a massive quantity of complex data on behalf of users, and they've achieved immense business success by transferring the value of that data within the advertising ecosystem. But with blockchain, we inherently unpack all of that complex user data and inject transparency. The question then becomes one about incentives and how users manage their data.

Currently, users are not incentivized to manage complex data themselves. So they rely on the duopoly to do it for them, relinquishing any incentive opportunity. With a distributed blockchain system in place, and various other tools to help simplify data, users could one day transact on their own data -- extracting the value themselves. In a blockchain ecosystem, they would, at least, have a choice if they wanted to allow the duopoly to do so on their behalf.

Will they be able to do such a thing, and also, will they be able to take it one step further and transact their data? How will this affect the duopoly? Facebook and Google will be forced to take a distributed approach to managing user data, instead of the centralized one in place now. This will drive the advertising ecosystem to become more transparent.

Affecting the consumer
For ad tech, the long-term disruption will be the most significant, because it will bring consumers into what has previously been a two-sided marketplace between publishers and advertisers.

With the right tool, call it a "data wallet," consumers could use an immutable distributed ledger to manage, deliver and transact upon the value of their own data. There are already examples of consumer experiments in data transaction. More broadly, as Tim Wu argued in The Attention Merchants, behaviors like ad blocking are a powerful indication of the as-yet-unfulfilled demand on the part of consumers to exercise greater say in the data economy. Already, ad blockers are monetizing that demand by selling access to a limited circle of advertisers. But, of course, that's just another play from the middleman playbook -- one that frustrates advertisers and excludes consumers. What's revolutionary about blockchain is that it can put consumers and advertisers into direct transactional dialogue without needing middlemen.

What will this new order look like? Certainly, we know that consumers think the ratio of ads to video content on platforms like YouTube is problematic. That's common sense for anyone who has ever watched 30 seconds of pre-roll ahead of a 60-second clip. But if blockchain infrastructure can turn that consumer sentiment into an exchange of value, we can find equilibrium around the advertising-to-content ratio. In effect, consumers will vote, not with their dollars, but with their data. As a result, publishers and advertisers can develop a market-based response customized to meet the ad tolerance of each consumer. Along the same lines, a data wallet could become a mechanism for permission-based sharing. This would allow, for example, an advertiser to automatically deliver a benefit to a customer for viewing an ad, without the hassle of having to enter a promo code.

Ultimately, blockchain will make it possible for ad tech to develop a wide range of meaningful market-based engagements between consumers, publishers and advertisers. Time will tell what those data-for-value exchanges will look like. But as blockchain ushers in the dawn of a multi-sided marketplace, one thing is certain: we will redefine who owns the internet and fundamentally change the role of middlemen.