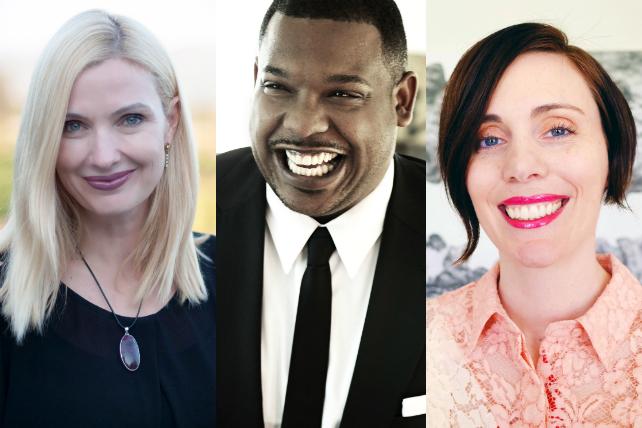 Ad Age's 2017 Small Agency Conference is a little over a month away and on tap for the two-day event is a roster of inspiring speakers discussing everything from diversity to unique business models to building lasting agency-client partnerships.

There are winners of Clios, Effies and Cannes Lions, whose careers have taken them to Paris, Sydney and Hong Kong, and there's even a licensed attorney. But there's more to our speakers than what's in their bios and to get a better idea of what makes them tick, we asked then to share a fun fact — or two — about themselves.

1. Anomaly's Jason DeLand grew up roofing with the family business. "Summers spent ripping off shingles and pounding nails. Truth is I know much more about roofing than I ever will about this business. And I consider that a good thing," he said.

2. Bridget Deenihan, associate creative director at Bohan, said a lot of strangers have seen her privates. "As a college student, I was a figure model for art classes. As a grown-ass woman, I performed in burlesque shows. When my daughter becomes a teenager, and is either embarrassed by this news or the fact that I still shop at Forever 21, I'm going to gently remind her that we'll all be dead someday and that it is not her job or mine to care what other people think," she said.

Deenihan's husband is apparently not the bashful type either: "I'm married to one of the Naked Men In Oven Mitts. He's the one on the right," she said. 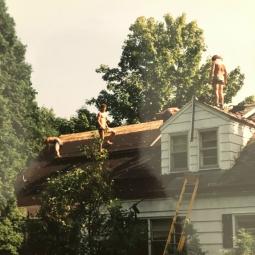 3. Oris Stuart, the NBA's Chief Diversity and Inclusion Officer, was a DJ in high school and college and helped launch the careers of Jazzy Jeff and The Fresh Prince.

4. Jamie King, partner and CEO of Camp & King, got an early start in the industry. His first foray into advertising was in 1974, when, at age 4 he appeared in a Kentucky Fried Chicken commercial.

5. If Campari's Melanie Batchelor wasn't a marketer, she would have been a professional ballerina.

6. Brandon Rochon of Kastner & Partners has lived everywhere. "As an American, I never grew up in America! I was born in Madrid, spent my childhood in Saudi Arabia, traveled to Frankfurt, Germany and Venice, Italy, and went to boarding school in London. It wasn't until I was 19 that I finally came to the U.S.," he said.

Another thing most people don't know about Rochon? "I hosted one of the MTV 'Real World Tours' back in the '90s," he said.

7. As a preschooler, Nick Stiritz, PowerBar's senior brand manager, was all about Big Wheel racing. "Nearly everyone who knows me quickly learns that I'm a passionate (obsessive?) cyclist, however, few know that this love was born on the back of a Big Wheel. From ages 3 to 5, I actually competitively raced big wheels all over the Midwest — even earning a few wins along the way!" he said.

8. R3's Melissa Lea is really into sci-fi and can be seen geeking out about Star Wars in "The People vs. George Lucas," a documentary about the love-hate relationship fans have with the filmmaker.

9. Roger Camp, the other half of Camp & King, had the most bad-ass Camaro in all of New Jersey. And the half-mesh shirts and Puka shell necklace to match.

12. Kidbilly Music's Billy Kirsch invented a language he uses to talk to his dogs. "I can spend lots of time chatting with my dogs in a language I call NooseSchnoot. My language only has about 4 or 5 words so it's mostly about the pitch, tone and rhythm of the words — very musical. I'll never know if the dogs understand me, but they seem to find comfort in my banter!"

Want to meet, network with and learn from these industry professionals? Register for Small Agency Conference & Awards at adage.com/smallagency2017.

Get to know the colorful side of the folks that will be hitting the stage at the Ad Age event in July.